Amit Chaudhuri Recaptures the Past in "Friend of My Youth" 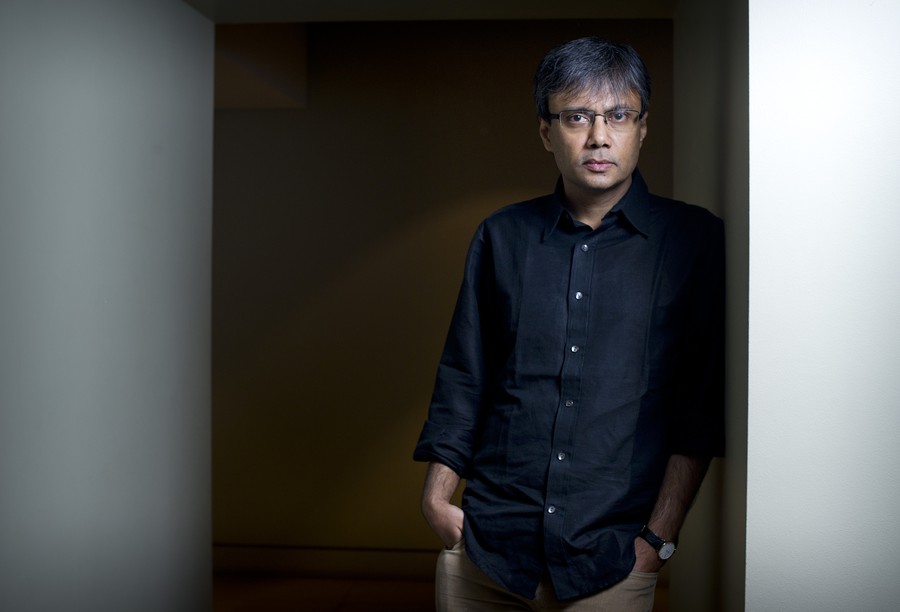 Despite the many ways in which Chaudhuri’s culture influences his work, he does not strive to be an “Indian author,” nor does he think of himself as such.

“The angel of history turns its back on the future it’s moving towards,” Amit Chaudhuri said in his book talk on Friday. The India-born musician and author of seven novels visited the Seminary Co-Op to discuss his latest novel, Friend of My Youth, which delves into the nature of memory, history, and loss. Chaudhuri was joined in conversation by Wendy Doniger, renowned Indologist and history of religions professor at the University of Chicago.

The protagonist of Friend of My Youth has much in common with the author himself, sharing his name, occupation, and history. The novel follows Amit as he returns to Bombay, the city where he grew up, several years after the 2008 terrorist bombings. For the first time, his childhood friend Ramu is not there to greet him; he is away in an intensive rehabilitation program after years of drug addiction. During his trip, Amit is drawn to the Taj Mahal Hotel, which has been rebuilt since the attack. The novel explores the limits of reconstruction, and what is lost that cannot be recaptured. Chaudhuri suggests that the best one can do is create an illusion; the narrator sees the same city he has always known, but his visit is entirely different without his childhood friend. And although his favorite café has been rebuilt in its former image, the people who worked there are gone forever.

Chaudhuri noted, “This is something I’ve always been interested in…the unexpected, explosive implications of something coming back to life again.” His brand of re-creation extends beyond simple remembrance or mourning. Rather, it is an attempt to travel back in time and revive the past, to look backward while inexorably moving forward. He noted that his fascination with rebirth is one that may be inspired on a subconscious level by Hindu notions of reincarnation.

Although Friend of My Youth unfolds in the wake of an inescapably political event, Chaudhuri was careful to keep politics itself in the background of the narrative. The first part of the novel centers on a protest that takes the form of a street play, but Chaudhuri refrains from depicting the actual play. On this restraint, he said that “there’s a shyness in me against showing what it is I’m building up to show, but the political landscape is there.” Chaudhuri’s prose adopts a similar quality, meandering in an almost musical way. “Once the reader understands that the point is not to come to the point, then you share a grammar of narrating and receiving.”

Chaudhuri’s ethic of deferral reflects the particular style of improvisation common to Indian classical music. The first and last notes of a melody are predetermined, but the singer is free to insert any number of notes and glides in between. “Indian improvisation is also a form of deferring; you know what the next note will be as you close it off but you defer coming to that next note.” However, the connection between his distinctive prose and background in Indian music is not completely intentional. Despite the many ways in which Chaudhuri’s culture influences his work, he does not strive to be an “Indian author,” nor does he think of himself as such.

Instead, he simply lets his life flow into his writing, or rather lets writing become a way of generating and regenerating lived experience. “This book comes from [asking] who is the self that is being written about, and what is writing itself? Is it about one’s life, or at some point does it become another form of living?”