Choreographed by Yuri Possokhov, Joffrey Ballet’s adaptation of “Anna Karenina” was as dazzling as it was depressing. 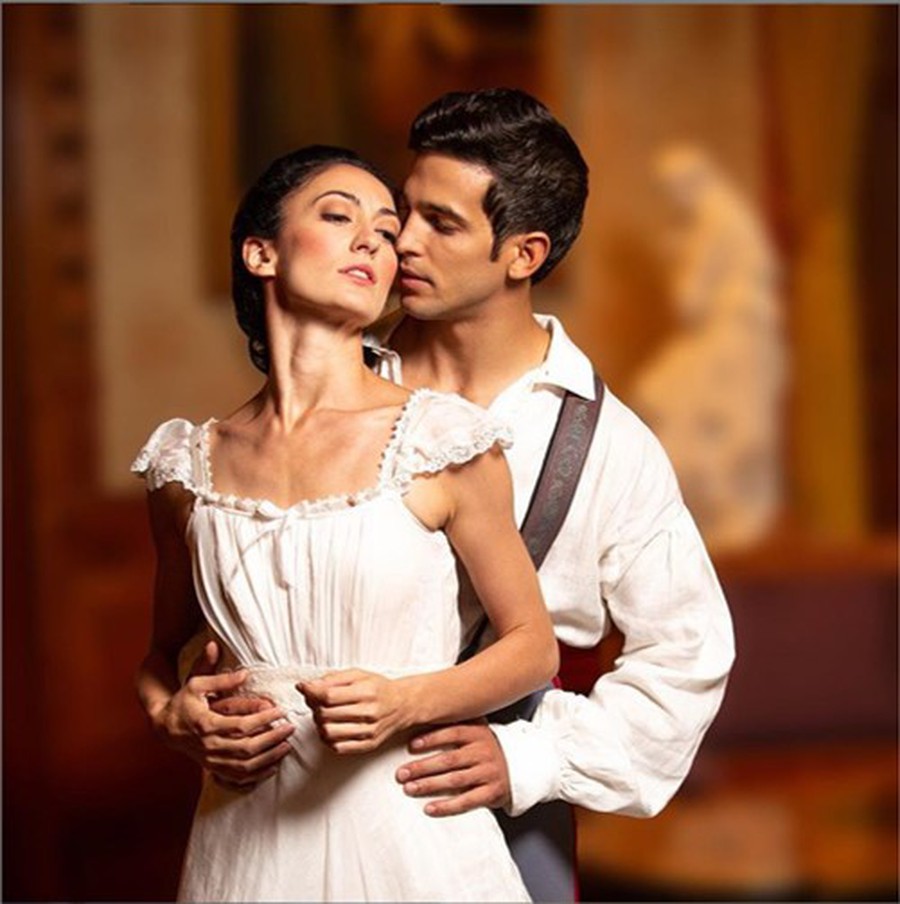 With a moving musical score by Ilya Demutsky, Joffrey Ballet's production of the Tolstoy classic embodied all the Variety, Charm, and Beauty of the original in dance.

The word “delightful” may not seem like the right one to describe Anna Karenina. Considering the novel’s gloomy undertones and overtly melancholy conclusion, you’d think that it would be difficult to present a “delightful” performance thereof—yet, the Joffrey Ballet managed to do just that in their recent adaptation of Leo Tolstoy's seminal work.

To me, the ballet’s originality is what most deserves the description “delightful.” It is one of the six times this classic has been adapted as a ballet, although it has been reproduced in a myriad of other art forms like movies. As an avid Keira Knightley fan, I initially wanted to watch the Anna Karenina ballet due to Knightley’s role in the film. It was only after I attended the performance and had my heart torn by the poignant prologue that I truly began to appreciate the innovation and originality invested in the world premiere of Yuri Possokhov’s interpretation of Anna Karenina.

Much of the production’s appeal came from the fact that the music and set design were very creatively conceived. I noticed several artistic risks that escalated the effect of the scene onstage. For example, in the prologue, the use of a screen in front of the stage gave the space literal depth. I was very confused as to whether there were multiple sets on stage or if the screen had added all the depth with one trick of light. This illusion of layers made the morphine scene even more eerie than it is in the book as we got to explore a version of Anna on the screen that contrasted with the Anna dancing in front of us. Every other ballet I have seen at the Joffrey has been much more traditional, with dance being almost the only form of self-expression—for instance, I don’t think I could imagine The Nutcracker or Giselle employing such a screen, but Anna Karenina took full advantage of doing something new and experimental.

The music was an original score by Ilya Demutsky with the addition of an opera singer who took to the stage near the story’s resolution. Her songs narrated pivotal moments of the classic, and her role onstage in the final dance sequence was an interesting way to pay homage to the numerous opera adaptations of Anna Karenina.

A final aesthetic factor that contributed to the performance’s allure was the incredible detail invested into costume design. In the ballroom scene, for instance, the dresses formed a rainbow of vibrant colors across the stage. It was difficult to be bored watching all the colors flare up and explode on set. The uniforms of the Russian society were equally dashing, equipped with cap, belt, and collar.

I was greatly impressed by the ballerina Victoria Jaiani who portrayed Anna. In her graceful yet erratic movements, she communicated an emotional depth that shot arrows straight into my heart. Tugging at the audience’s heartstrings, Jaiani was clearly well-prepared to portray Anna’s complex character. Her love scene with Alexey Vronsky (Alberto Velazquez) was absolutely gorgeous, a tense battle between passion and morality. Another highlight was the scene in which Anna’s dark and desperate side was on full display. The wild twisting of her legs at unnatural angles and the heavy way she moved around, as if her decisions were burdening her with literal weight, came across with force. I caught myself cringing and acting on other nervous ticks as I watched Anna plunge into the depths of despair. I couldn’t help but wonder about the dire circumstances that pushed Anna to go to such great lengths to end her suffering. How would one reach the conclusion that there was no option out other than death?

That was the question I walked away with. Despite having been dazzled with the graceful dancing, beautiful teamwork, colorful tutus, and hyper-realistic special effects, the bitter question was firmly ingrained in my mind by the end of the performance—which is to say that the Joffrey Ballet has done it again.