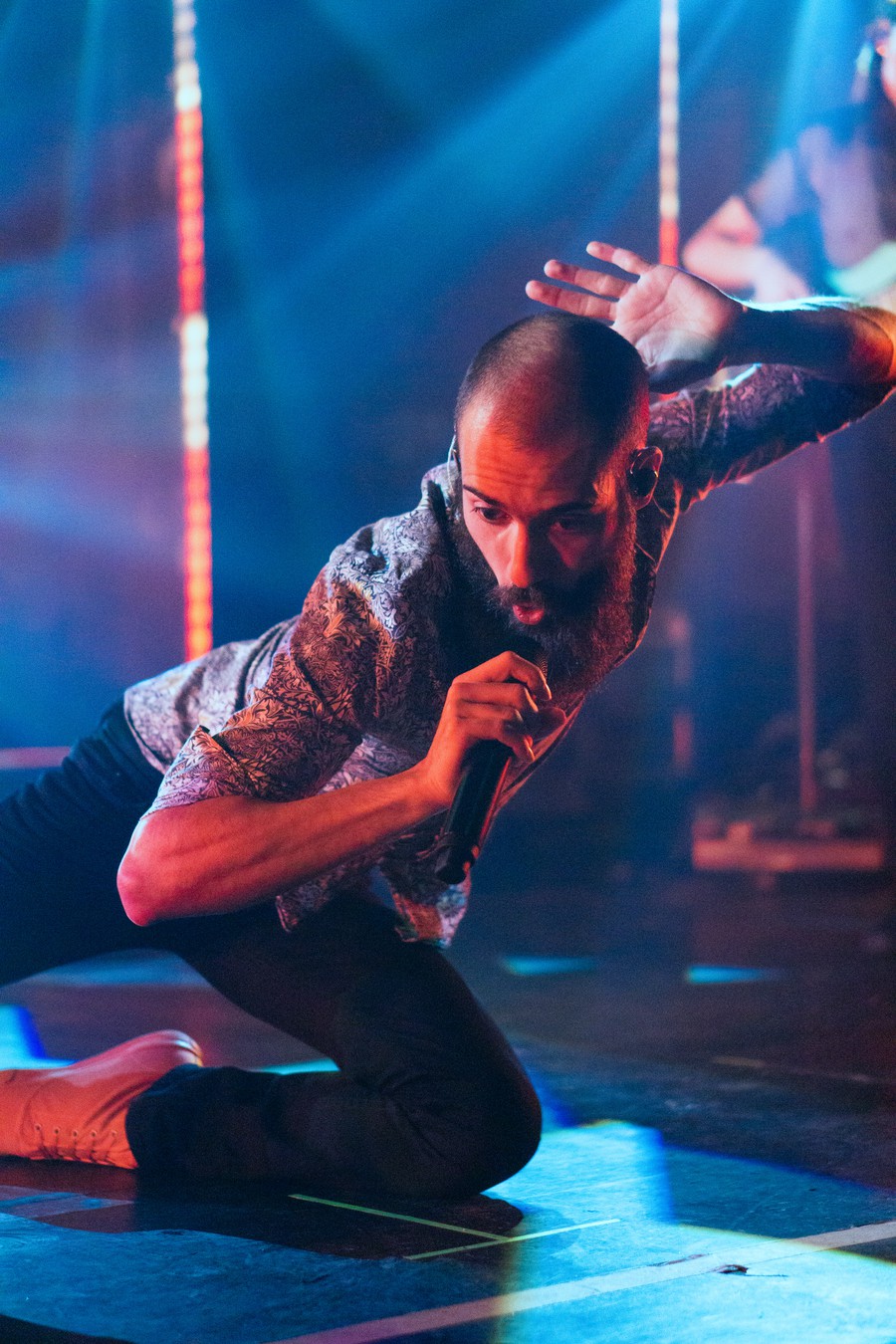 Delivering a performance just as lively as their name, Rainbow Kitten Surprise's set at the Riviera was colorful to say the least.

On February 8 and 9, Rainbow Kitten Surprise stopped by Chicago on their 2019 tour to deliver a rainbow lighting–filled, kittenless, and surprisingly powerful performance at the Riviera Theatre. You could tell the show was sold out; the crowd was buzzing with excitement as they entered the venue. I was told that some people had been waiting outside the venue since the early morning of that freezing day just to be the first ones inside.

While I was not familiar with the opener, the crowd embraced Mt. Joy, who hyped them up for the headliner with spirit and oomph. Relatively new to the musical scene, the indie rock band performed a cover of “Ain’t No Sunshine” toward the end of their set that got everyone singing along. The cover both remained faithful to the original by Bill Withers, while also giving it new colors and textures. It was a real crowd-pleaser, but nothing compared to the act that would follow.

The crowd roared when Rainbow Kitten Surprise finally got on stage for their set. The band from North Carolina opened with “Matchbox,” a song from their latest 2018 album How to: Friend, Love, Freefall. In total, they played six songs from the album, including “Freefall” and “Hyde,” which took up a good chunk of their performance. They also played five songs from their 2013 debut album Seven + Mary. Halfway through the set, they performed fan favorites like “Devil Like Me” and “Cocaine Jesus.” In fact, the only song they played from RKS, their second album released in 2015, was “Cocaine Jesus.” My only criticism of their song selection is that it would’ve been nice to hear more from RKS, although I understand and respect the choice to perform more of their newer material as well as their older classics.

Sam Melo, the band’s frontman and co-founder, ran up and down the stage, going from high to low, jumping and crawling on the ground at times, delivering one of the most enthralling live performances I’ve ever witnessed. The way he and Charlie Holt, the band’s bassist, dominated the stage made them a dynamic duo among the frenzied flashing lights. I knew the band would sound great, but I didn’t expect to be so drawn into an otherwise common audiovisual experience simply by the way two band members interacted with the space. This didn’t even inhibit their musical prowess. On the contrary, it heightened the intense energy of their songs and escalated the vivacity of the overall concert experience.

The rest of the band stayed more or less in place, but the energy with which Melo and Holt performed was contagious, and everyone else kept up with their enthusiasm. The range and color of Melo’s voice was perfect for the band’s indie rock sound. The band’s stage presence was idiosyncratic to say the least, and their combined sound was as colorful as the lights around them.

Rainbow Kitten Surprise truly lived up to their name (minus the kittens). If you haven’t listened to them yet, listen to them, and if you ever get the chance to see them live, go for an unforgettable night. 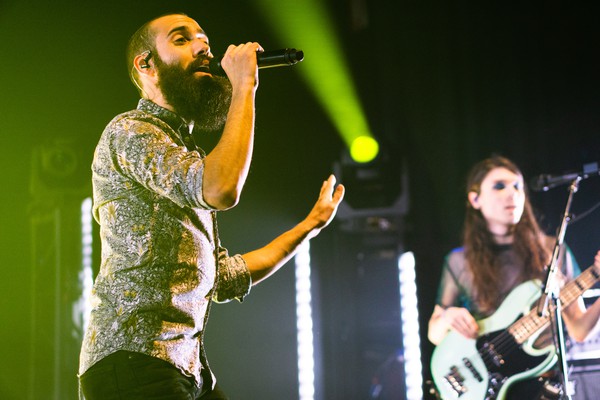 Sam Melo, the band’s frontman and co-founder, delivered one of the most enthralling live performances I’ve ever witnessed.