Struggling to decide a major is a common—but insufficiently examined—part of the college experience. 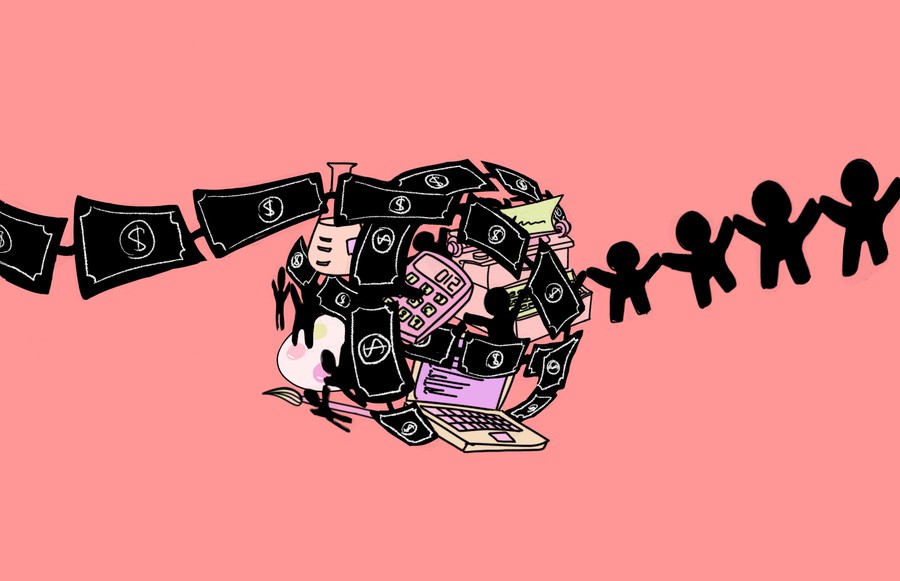 During my first year, when I initially started deliberating about what I should major in—a process that comes as a curse to the indecisive—I scrolled through the list of offered majors and narrowed my choices down to around 15. In my hopeless attempt to decide my path of study, I realized that I was considering three major factors: my interest in the subject, social perceptions of it, and future earnings. Most noticeably, I realized that a lot of my perceptions had been shaped by external influences. Whether by parents, teachers, friends, the media, or through some form of research, our attitudes toward certain academic fields are formed idiosyncratically but often align with prevailing narratives. These attitudes often become uninformed or even unhealthy. Understanding the rationale behind such attitudes can help reconcile discordant opinions.

A liberal arts education finds its virtue in catering to a multitude of interests. On the other hand, my parents, who completed their university education in India, had to decisively choose their lines of study as early as the latter years of high school. You choose a track—commerce, humanities, engineering—and stick with it. In many parts of the world today, paths of study are far from malleable. Those of us who stayed in the safety of indecision ere only able to do so because of an often-unobserved privilege: choice. There are those who were not accepted into programs of their interest; those pressured toward a field by their parents, peers, or teachers; those obstructed by financial barriers; and others who simply did not have many options to choose from. For example, specialized programs like engineering, law, and medicine can be rigid in terms of financial and time commitments, and those on the fence are given no reprieve.

It comes as no surprise that freedom of choice comes with great privilege. Racial, gendered, and economic barriers necessarily impact students’ choice of major. Accordingly, it is naive to believe that everyone can do what they love—a phrase that is more a platitude than it is an inspiration—and it is ignorant to denigrate those who cannot.

Another factor that has led to unfair stereotypes of certain subjects are social perceptions underlying them. To some, studying the humanities is impractical and frivolous. Meanwhile, those who study STEM subjects and other pre-professional programs are often scoffed at for seeing education as a means to an end, and regularly face ridicule from humanities students for not being able to “write a paper to save their lives.” These stereotypes are often perpetuated by prevailing societal beliefs about what is and is not considered a respectable major choice. For example, in certain cultures, being a doctor or a lawyer commands a high level of social prestige while being an artist or anthropologist does not. Whatever their form, these attitudes are flagrantly self-aggrandizing and always destructive.

No matter how one has been brought up, preexisting notions about which subjects are practical and socially desirable need to be challenged. At a college that boasts nearly 100 majors and minors, surrounded by bright minds pursuing vocations that are poles apart, we may never have a better opportunity to appreciate this diversity of interests than we do now. Many students have faced serious disapproval from their families and communities for their choice of major, and debasement from college peers can be an even harsher blow. Promoting respect for fields of study across the board is the first step toward reshaping these harmful misconceptions.

Most critically, the financial prospects attached to academic disciplines strongly shape social attitudes toward them. A study from Georgetown University found that STEM and business fields are among the highest-paying majors, while subjects such as the arts, theology, and education are at the lower end of the spectrum. The top-paying majors earn $3.4 million more than the lowest-paying ones over a lifetime. Factoring in rising tuition costs and the unforgiving job market, it’s no surprise that financial security is at the forefront of many students’ decisions.

However, those statistics are far from definitive. In fact, the unemployment rates between students of different majors are not as disparate as one would think. Aversion toward the humanities is often due less to grim job prospects and more to the imagined image of the starving artist. When I was growing up, my parents told me that they did not mind what I did, with the caveat that I should be able to put food on the table for my family and myself. My childhood dream was to become an author, and today, I want to be financially secure. Those two goals might not be as incongruous as one would think, but to this day, I struggle with the sacrifices I may have to make in the future. In light of these complications, I strongly believe that students who pursue degrees in fields that pose relatively higher financial risks and those that pursue financially safer academic choices are equally deserving of our respect.

It’s important to understand our biases that may harm ourselves and others as we decide what to study and what we value. Though our own choices of study may remain reasonably rigid, we need to respect those we disagree with and challenge the stereotypes and beliefs we take for granted. This venture has driven me to indecision and possibly farther away from figuring out what I want to do with my life, but I wouldn’t have it any other way. Mom, Dad, if you’re reading this, I’m sorry to stress you out—you made me like this. I promise I will decide by the end of the year.

Soham Mall is a second-year in the College.