How to Fight a Rigged System

The University is committed to free discourse—that means discussions of oil money, trustees, and gentrification are fair game. 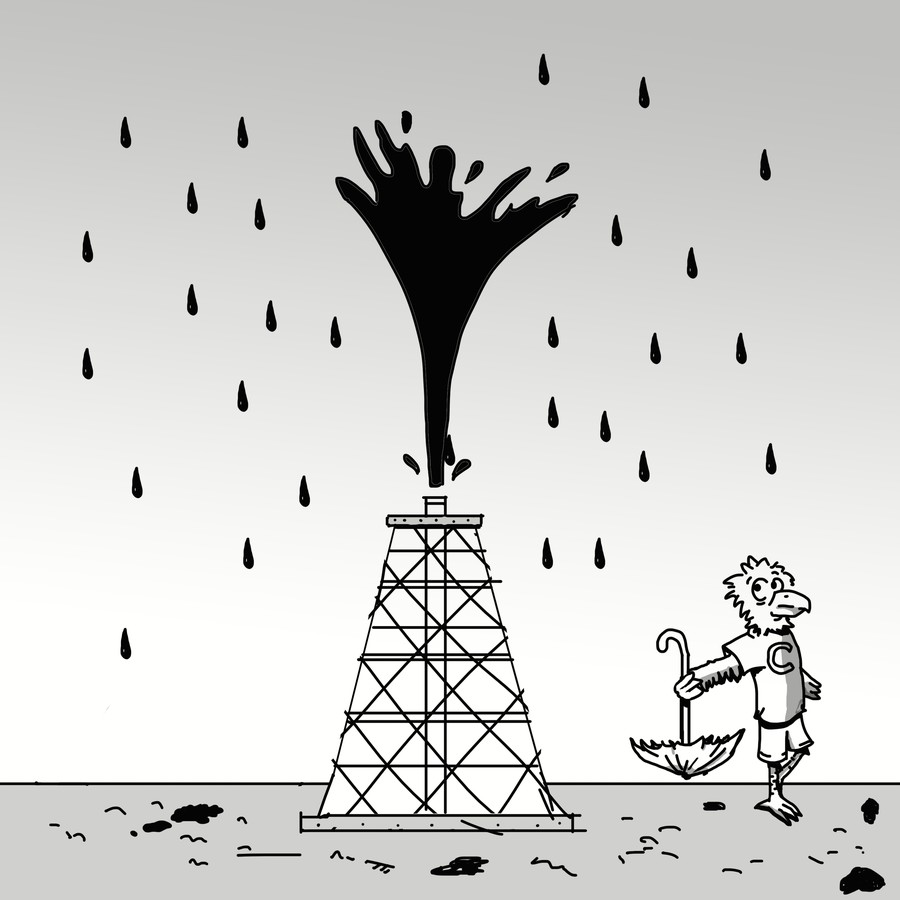 “Money doesn’t talk, it swears” might be my favorite Bob Dylan lyric. It’s from “It’s Alright, Ma (I’m Only Bleeding),” a gem from the acoustic side of Bringing It All Back Home, his 1965 studio album. That line always makes me think of UChicago: the money here, and what it says to (or cusses at) people who stop to listen.

We at this institution collectively benefit from a lot of oil money. I know that’s stating the obvious; we all sweated through a sunset convocation in Rockefeller Chapel, and John D. himself famously called UChicago “the best investment” he ever made. His oily fingerprints are all over campus, his money cemented in our school’s physical and intellectual foundation. But he’s not the only one.

You know the examples all too well: The school itself invests an unknown amount in fossil fuels (in 2015, University President Robert Zimmer said he didn’t know just how much), while its wealthy trustees draw controversy for their ties to various controversial organizations. Dean John Boyer acknowledged in 2016 that many of the school’s wealthiest donors (think Bernie DelGiorno, Jeff Metcalf, and Byron Trott) are fraternity alumni who “feel very...protective of that”, although he denies that this financial interest impacts the administration’s controversial aversion to fraternity regulation. The school’s history of gentrification in Hyde Park—a history enabled entirely by UChicago’s massive wealth—speaks for itself. Donations from wealthy benefactors, and the ways that money informs UChicago’s corporate actions, are fundamental to the school’s identity and thus concern everyone here.

I can already hear the arthritic creaking of the fingers of lonely UChicago dads in the comments section, critiquing another liberal columnist with no gratitude for the school that provides her with virtually endless resources and opportunities. But I’m driven to write this column—and all my columns criticizing the administration and its decisions—out of appreciation for this school and its values. To me, the emphasis UChicago places on discourse and free speech exemplifies a key responsibility on the part of those who benefit from this institution to actively critique UChicago in the interest of bettering it over time. Is that not the best way to honor this University’s professed love of discourse?

There is a tendency to think of UChicago’s culture—more distinct and self-consciously quirky than that of many of our peer institutions—as unchangeable, set in gothic stone. But in fact, schools like ours develop character over centuries, and our story is still being written. As research universities go, UChicago is an adolescent. The College has been around half as long as Princeton, for a mere third of Harvard’s history. The people who walk its halls, stand at its lecterns, and sign off on its budget are neither passive inheritors of a 19th-century legacy nor executors of Rockefeller’s will. We cannot change the history of this school, but by calling out injustices of the present, and refusing to shut up when told, we can shape its future.

That’s why I applaud activism on the part of students like those who protested trustee James Crown’s involvement in the war in Yemen at a broomball match last Tuesday. One of the protestors, Julia Attie, said, “It is really frustrating that no one seems to pay attention to what is going on.”

We can all relate to this kind of feeling when an issue we care about is ignored, but it’s particularly poignant when applied to the actions of the school we attend. In an academic environment as fast-paced and intense as UChicago’s, it is tempting to tune out global, national, and local politics in favor of the next item on your to-do list—I know I’ve done it. But it is worth taking time out of our busy schedules to acknowledge the enormous financial role our school plays in these politics, to assess the causes our tuition tacitly supports, and to recognize the role we have in shaping the school and its culture.

We can’t manage the school’s funds, change the administration’s politics, or easily remove trustees, but we can choose resistance over acceptance. In other words, the money that changes hands at UChicago is the business of everyone who attends this university. I would like to use my column this week to thank the students and professors who strive to bring those dealings to light, protest those they deem unjust, and otherwise enact the University’s commitment to free speech, particularly in those situations when the school itself remains silent. For the rest of us, it’s time to think about the role we play on campus, and the role we could play. Complain to your friends over coffee, but then write an op-ed, run for Student Government, and vote locally to help counteract gentrification our school has helped perpetuate. Make a series of spicy memes that bring attention to misbehavior on the part of the school administration. Whatever your thing is, use it to make this school an institution you’re prouder to attend.