The Lab will hopefully include opportunities to collaborate students at Stateville Correctional Center, according to lab director Alice Kim. 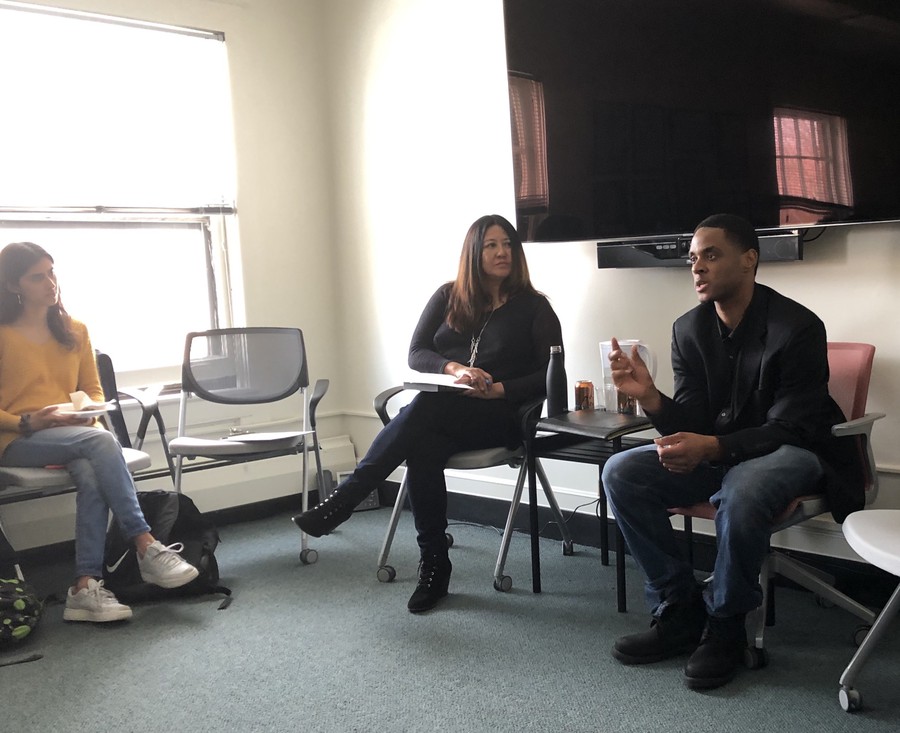 “Human rights work is all about getting into it, seeing the issues firsthand and building relationships with people who are survivors of the system. With the lab, that is something that we can offer,” said Alice Kim, the lab’s director.

Through initiatives like a lunchtime speaker series and seminar courses for undergraduates, the Human Rights Lab is increasing engagement between the University and the broader Chicago community.

For the past few years, Kim has been teaching at the Stateville Correctional Center, a maximum security prison for men located near Chicago in Crest Hill, Illinois. Before that, she campaigned to abolish the death penalty. She worked with the Death Row 10, a group of-African American men on death row who gave false confessions after they were tortured by ex-police commander Jon Burge and those working under him.

It was high-profile cases like this one, Kim said, that drew her to the issue of mass incarceration and the movement to end capital punishment.

According to Kim, working closely with inmates has shown Kim that people who are incarcerated are often made invisible. They spend years in prison, with no voice on the outside. Despite being at the center of the issue of mass incarceration, those serving long-term sentences are completely excluded from the conversation.

This quarter, Kim is teaching a class for undergraduates called The Chicago Police Torture Cases, Reparations, and Human Rights Practice. “Mass incarceration and racialized policing are issues that can’t be avoided,” said Kim. “If we don't begin to address them in a substantive way then we will see the crisis grow. We can take steps to address them now.”

In the class, students look at case studies of the Jon Burge police torture ring and hear from guest speakers who have experienced racialized policing and mass incarceration firsthand.

Kim will teach another class in spring quarter called Art Against the Law, which will study art as a form of activism. She has previously worked as an instructor at the Stateville Correctional Center through the Prison + Neighborhood Arts Project, which connects artists and scholars with prisoners through classes and workshops. In 2016, Kim co-curated an exhibition called Freedom Dreams in an Age of Mass Incarceration at the Pop-Up JUST Art Gallery, which featured the works of inmates to spark meaningful conversations regarding the state of incarceration.

Kim also works with the Chicago Torture Justice Memorials, an organization trying to establish a public memorial for the Chicago police torture cases. They are taking proposals from Chicago-based artists of color.

“There is value in building those connections and learning from one another,” Kim said. “If we want to address issues of injustice, we have to get close to injustice.”