Men's Basketball Falls to Rival CMU in a Close Game 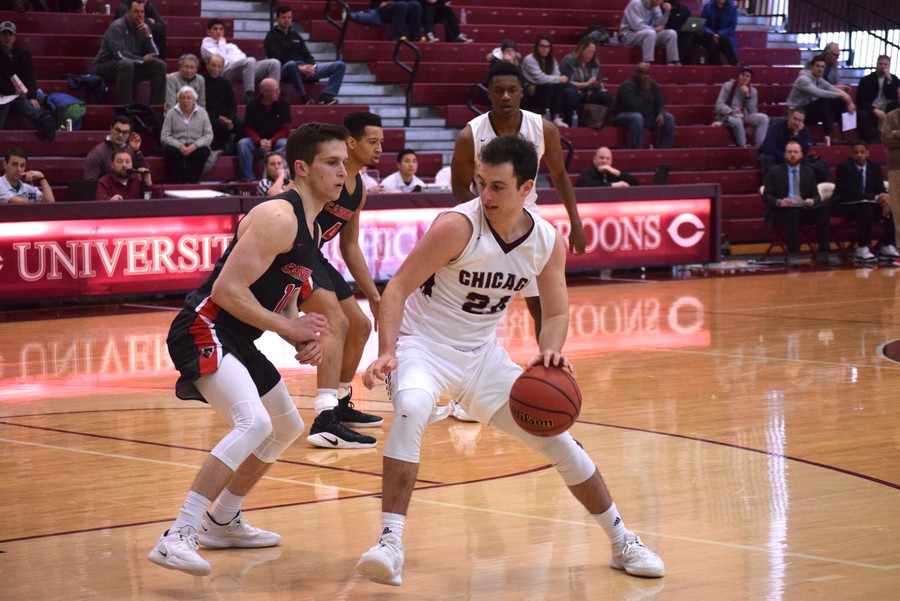 A strong first half saw the Maroons ahead of the Tartans 41–33 early in the second half, but a resurgent Tartan squad quickly began erasing the lead. By the 9:46 mark in the second half, it was 51 Tartans, 50 Maroons, with a close game to follow. As the clock wound down, CMU and UChicago fought bitterly, exchanging the lead several times. The Maroons’ efforts, however, ultimately proved unable to contain a strong performance by Carnegie Mellon’s Zach Howarth, who ended with 20 points on the day.

Both teams were closely matched statistically, though Chicago held a slight edge in nearly all major categories. The Maroons went 28–62 from the field for an overall percentage of 45.2 while the Tartans went 25–59 for a percentage of 42.4. Chicago had a slightly lower number of rebounds with 34 to CMU’s 37, but held an edge in assists, with the Maroons racking up 18 to the Tartan’s 11.

Yet, it was penalties and free-throws that hampered the Maroon’s performance. In summation, Carnegie Mellon took 19 more free throws than UChicago. This, combined with the fact that the Tartans shot 65.4 percent from the line, proved to be an insurmountable obstacle for the Maroon men.

Despite the close defeat, several Maroons had standout games. Third-year guard Cole Schmitz racked up 20 points, in part due to an impressive 44.4 percent shooting percentage from the three-point line. Meanwhile, fellow third-year guard Jordan Baum tallied 16 points, shooting 7 for 13 from the field while also finding the time to lead the time in assists, accumulating five. Second-year Dominic Laravie lead the team in both offensive and defensive rebounds, with three and seven, respectively.

The in-conference defeat leaves Maroon men’s basketball at 13–7 on the season with a 6–3 record within the UAA. The Maroons hope to rebound this week as they travel to Rochester this Friday at 8 p.m. ET.