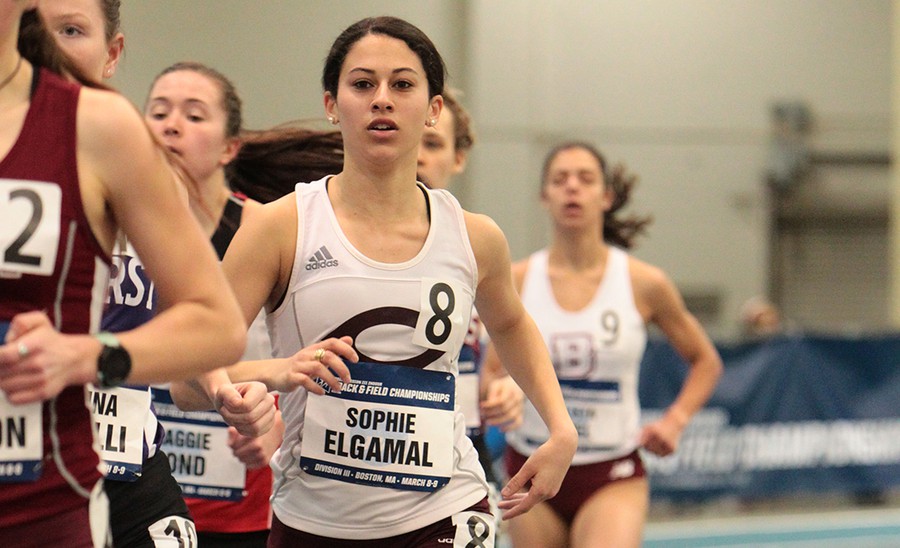 This past weekend, the track and field teams competed in the NCAA Division III Indoor Track and Field Championships near Boston, Massachusetts. It was an extremely successful meet for such a young group, and in perhaps one of the biggest upsets of the entire meet, the Maroon women achieved their seventh overall national championship in an event. As third-year Laura Darcey put it, “Isabel Maletich finished day one with an enormous jump in the long jump to become the national champion as a first-year, something that almost never happens.” Maletich bested her personal record by an insane margin of 0.29 meters, or over 11 inches. She came into the meet as the 18th seed, so to call this result surprising is an understatement—it was a great achievement. Darcey finished 10th, just below an All-American spot in the pentathlon, an impressive performance as well as she was seeded 19th. First-year Kaitlyn Van Baalen narrowly missed out on making the finals in the 800-meter, but also had a great performance for a first-year. Overall the first day was full of welcome surprises and solid results by the Maroons.

On the second day of the meet, UChicago brought home four more All-Americans to cap a successful indoor season. As Darcey described the action, “[second-year] Sophie Elgamal ran in the final of the three-kilometer and stormed past competitors in the last 400-meter to take the third-place position. Isabel Maletich competed in the triple jump finishing sixth. Alex Thompson and I competed in the high jump, finishing eighth and sixth respectively.” This rounded out the four All-American performances. The UChicago women’s team finished the meet in sixth place out of 109 teams, their second highest ever finish. Moreover, Darcey has high hopes for the future of the program. She said, “We have a relatively young team so we are looking forward to outdoor nationals and next year to see if we can place even higher!”