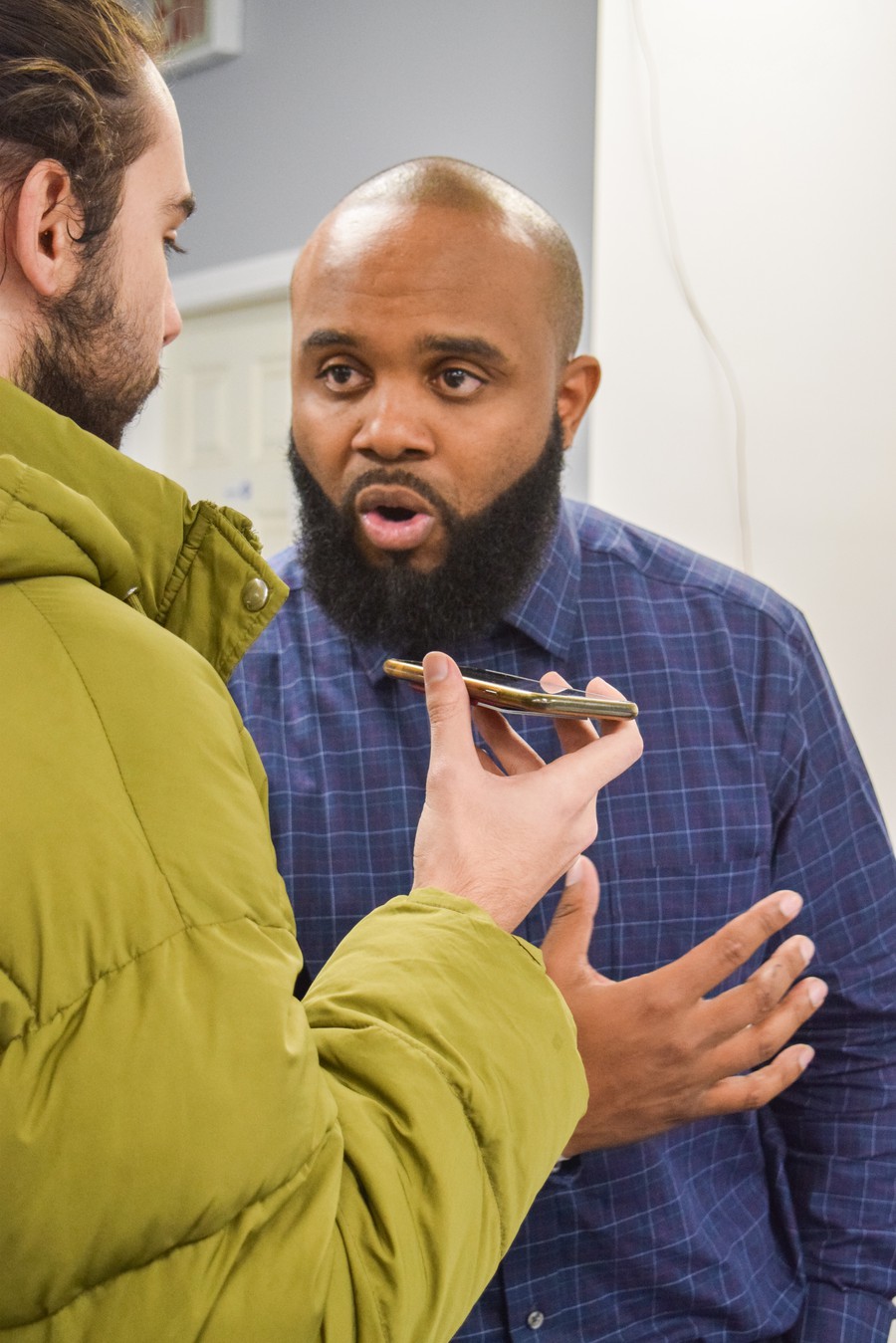 Will Calloway speaks with The Maroon as votes come in Chicago.

Gabriel Piemonte, who finished third in the race for Fifth Ward alderman, endorsed his former competitor William Calloway in the runoff against incumbent Leslie Hairston.

Although Piemonte told The Maroon on election night that he would be “heartbroken” to not be Hairston’s opposition in the runoff, he formally endorsed Calloway at an event they co-hosted on March 9.

“Will and I have worked together to get Leslie under 50 percent,” Piemonte told The Maroon. “If I lose and I’m in third, and Will runs, then you’re disappointed, of course. But we’ve achieved the main goal, which is that she’s in a runoff.”

“I’m here to say that I’m going to do what I can to make sure that he gets in. He is the man for the job,” Piemonte said in a speech.

The runoff will take place April 2.