Also: the new trauma center is reducing the racial gap in access to trauma care; Study Hotel will break ground this spring; Jewel-Osco has opened in Woodlawn. 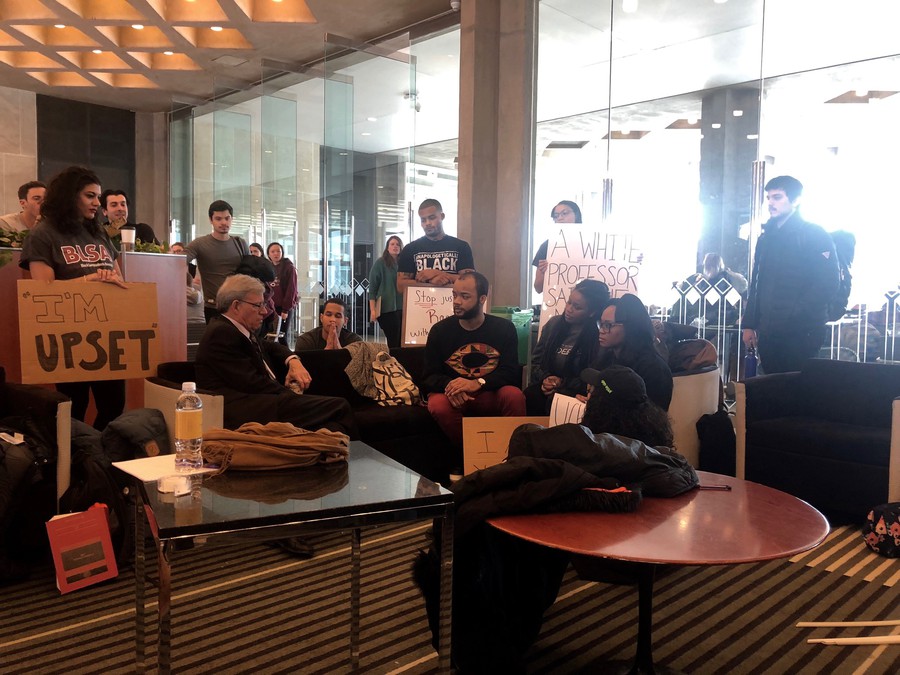 Law School professor Geoffrey Stone had been saying a racial epithet to teach a legal doctrine in class for over 40 years. Last week, he decided to stop.

UC Med’s new trauma center is reducing the racial gap in access to trauma care, according to a University of Chicago Medicine study published Friday in the Journal of the American Medical Association Network Open.

Jewel-Osco has opened in Woodlawn.

As the opening act for You Me at Six, machineheart soared with soulful vibes and boundless energy performing their debut album, “People Change.”

Baseball begins its season with a win against Transylvania.

Women’s basketball ends its season with a loss to Oglethorpe.

Diving qualifies all four women for the NCAA Championships.

This week on the quad: Addison Jeske and Rosalie Stone talk about Calvert House and how Catholicism fits into their UChicago experience.

Play The Maroon’s crossword online on our new site.