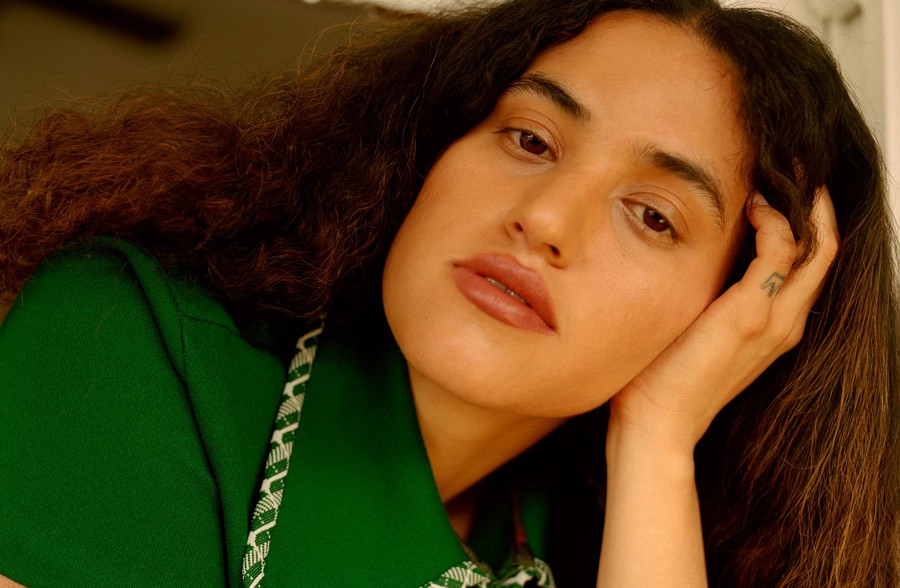 Fresh off the release of her second full-length record Us (2018), Empress Of brought her signature brand of infectious Latin-drenched electronic rhythms to Avondale’s Sleeping Village last Friday with great aplomb. The Los Angeles–based electro-pop artist Lorely Rodriguez has risen to fame dramatically under this regal moniker, emerging from relative obscurity to working with big-name producers such as Blood Orange and Cole M.G.N. in just a few years. Friday’s set provided further proof of her upward trajectory as she edges closer to realizing Pitchfork’s prediction of her breakout “pop star potential.”

The Sleeping Village was a perfect space for Salt Cathedral, the night’s opening act. A Latina-fronted synth-pop act just like Empress Of, Salt Cathedral proved to be more than up to the task of setting the tone for the evening. Indeed, the small yet highly vociferous crowd lapped up the Brooklyn duo’s brand of mellow electro-pop, swaying to every tropical house–infused beat. Although her vocals were muffled at times by the venue’s stop-start sound mix, lead singer Juliana Ronderos held the crowd captive with her delicate, gossamer-like delivery. In particular, she managed to elevate the excellent climax of “No Ordinary Man” to new levels of heartfelt desperation. Toward the end of the set, Ronderos took on the role of hype woman as she encouraged the audience to let loose and dance along, emphatically declaring that “our bodies are the common denominator that ignores race, gender, and everything else in between.”

And so the dance party at the Sleeping Village had already swung into full motion by the time Empress Of kicked off her set with her hit bilingual song “Trust Me Baby.” The set flowed with barely any interruption—at times, the gig seemed less like a pop concert and more like a rave as songs blended seamlessly into others. At one point, Rodriguez even threw in a cheeky sample of Ariana Grande’s “thank u, next” while transitioning from “Water Water” to “I Don’t Even Smoke Weed.” While she may only have released two full-length records up to this point, her setlist nonetheless managed to encompass a wide range of styles, a testament to the vast experimentation that marks her sound. Crucially, none of these disparate songs seemed out of place alongside each other; whether slow jams or dance floor bangers, it seemed like Rodriguez could pull anything off.

Even though the sound mix threatened to overwhelm Rodriguez’s vocals with too much bass, it was not enough to drown out the sheer energy that she managed to bring to the stage. It was exhausting just to watch her bound around the tiny stage, full pelt, hair askew, and face glistening with sweat. But, my word, was it fun. There is something exhilarating about seeing an artist have so much uninhibited fun, truly lost in the soundscapes of her own music. At its very best, the energy came to embody the underlying ethos of Rodriguez’s music—that of boldly and loudly embracing her Latina identity through art. It was no surprise, therefore, that her 2016 single “Woman Is a Word,” a defiant feminist anthem, elicited some of the loudest cheers of the night.

Slowly but surely, Empress Of is edging toward the treadmill of mass mainstream popularity. This performance, with its impeccable production quality and Rodriguez’s exuberant stage charisma, shows just how ready she is for life at the top when she gets there.