Racism Thrives at the Law School

In his classroom, Professor Geoffrey Stone used the N-word and shared a racist story. He should change his ways or face administrative consequences. 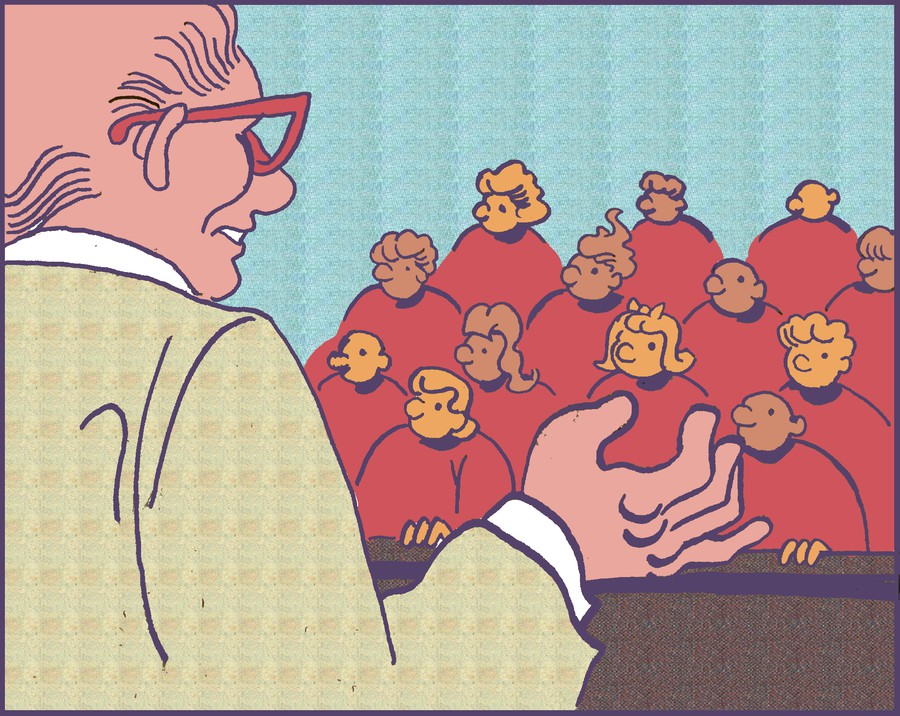 Editor's Note: On Wednesday, March 6, Professor Geoffrey Stone began Constitutional Law II: Freedom of Speech with a promise to never again use the story described below as an in-class pedagogical lesson. In his decision, he cited the voices of Black law students at the University of Chicago Law School who spoke with him earlier that day.

On Wednesday, January 23, 2019, University of Chicago Law School Professor Geoffrey Stone personally and purposefully spoke the full N-word in the classroom. The following op-ed contextualizes this incident and calls for action.

Racism lives at the University of Chicago Law School.

Racism begins at admission, such as when 67.0 percent of this year’s student body are non-Latinx whites, compared to a nationwide figure of 60.7 percent. Racism then perpetuates itself through institutions, as seen when the Edmund Burke Society, an RSO, labeled immigrants as “disease,” and then audaciously called this rhetoric “hyperbolic language parodying both sides.” Racism continues unabated when, after nearly a full year, the Law School administration failed to demonstrate adequate progress on its own diversity committee’s recommendations on artwork, curricular review, and faculty workshops.

And, in the boldest of moves, racism thrives at the Law School when a white professor says the N-word. Year after year. Here is the context.

Professor Geoffrey Stone, one of the country’s preeminent First Amendment scholars, has taught “Constitutional Law II: Freedom of Speech” at the University of Chicago Law School for approximately four decades. The topic of the day was “Fighting Words,” and he spent the majority of the lecture discussing the doctrine’s main case, Chaplinsky v. New Hampshire (1942).

As he has for many years, the professor ended the class by retelling the following anecdote from the same lesson near the beginning of his tenure.

Professor Stone had asked a Mr. Green (“who happened to be Black”) what he thought of the fighting words doctrine. Mr. Green had said that he felt the doctrine was no longer relevant. The professor then had asked a white student in an adjacent row what he thought of Green’s argument. The white student had said, “That’s the dumbest argument I’ve ever heard, you stupid [N-word].” Green had then immediately lunged forward, attempting to choke the white student.

Upon finishing his story, the professor flashed a grin as he saw many of our shocked faces. He immediately proceeded to make a joke about the topic, presumably to break the tension. I gathered my belongings and walked out of the classroom.

Stone’s stated point in telling this story is its apt visualization for why the fighting words doctrine exists in the first place: Fighting words are “low-value” (and thus, not constitutionally protected) speech because their sole purpose is to imminently incite violent confrontation.

But a professor doesn’t have to use the actual N-word to explain to students why that word could incite violence. We already get it. And any point he tried to make was completely obscured because both his story and act of retelling it were racist.

They were racist because he, as a white man, repeated a word used by white people to perpetuate the subjugation of Black Americans for hundreds of years. He trivialized the word’s history and the lived experience of Black students. He employed the word to highlight a white student’s reprehensible treatment of a Black student. He lent credence to the false stereotype that Black men are prone to violence. He primed Black students through stereotype threat to learn less and perform worse.

They were racist because he reinforced a regularized structure at the Law School where white professors are either complacent during racially sensitive conversations or actively worsen them. He contributed to the Law School’s long-standing problem with recruiting and retaining faculty of color. He signaled to white students that saying the N-word is acceptable. He created a safe space for racism and a hostile environment for education.

For years, students inside and outside the University of Chicago have challenged Stone on this front. His former students’ course evaluations speak for themselves:

●   “I would challenge Prof. Stone to consider how his race and gender influenced his perception of ‘the good old days’ at UChicago…. Having him this quarter, in particular, emphasized how dismissive he is of student concerns as they pertain to inclusion and diversity at the Law school.” (Law School: Constitutional Law II, Winter 2018.)

●   “He is a great lecturer…. The only thing I would say was that I think he went way to[o] far when we were on the topic of race. Safe space or no[t], it seemed a little offensive.” (The College: Free Speech and the First Amendment, Winter 2017.)

●   “I thought the use of the N-word was gratuitous, even for a free speech class.” (Law School: Constitutional Law II, Winter 2013.)

Yet these comments are hard to find. Over 20 percent of students consistently neglect to fill out his course evaluations. Based on my discussions with students, there is a strong probability that the distribution skews highly in favor of those most harmed by his use of the N-word.

However, even those who do write an evaluation might leave out criticism for multiple reasons. Some do not want to upset a powerful professor and former dean of the Law School, from whom they may want to later ask for a letter of recommendation. Others are afraid they will be identified and retaliated against. I have been warned that he may professionally or academically retaliate against me for writing this op-ed.

With the help of other students, I have collected preliminary data that shows in years where there are multiple professors who teach Constitutional Law II, there is widespread flight of Black students from Professor Stone’s class. (Due to privacy concerns, I cannot release this data.) This rudimentary statistical analysis demonstrates how students have responded to racism in his classroom.

Let me be clear: I should not, cannot, and do not claim to speak for Black students, nor for anyone other than myself.

Furthermore, I am a deeply flawed messenger.

On the one hand, I am particularly sensitive to the use of this word. I am an Iranian American, and on multiple occasions in high school, I heard white students direct the term “Sand [N-word]” toward me and other Iranian Americans. Admittedly, after hearing Professor Stone say the N-word, I have had trouble focusing and participating in his class. (I would note that there is no equivalency here to the lived experience of Black students, only that I personally felt the sting of discrimination and “othering” in these moments.)

On the other hand, I grew up with a group of predominantly white and Iranian American friends, many of whom frequently used the N-word. In my adolescence, I said the N-word multiple times. Even until I finished college in 2014, I thought it was acceptable. I was wrong. I will never be able to express how deeply ashamed I am of who I used to be and how I used to act. Shortly thereafter, I vowed never to say that word again, and I haven’t used it again. I never will.

I am sorry I said the N-word. I wish I could take back my words and the harm they caused. I know the most I can do is be honest about who I was, apologize to those I hurt, hold strong in my vow, and stand up wherever and whenever I see injustice. That is why I am writing this op-ed today.

Acknowledging that there is racism at the University of Chicago Law School and that I am a deeply flawed messenger, where do we go from here?

I urge Professor Stone to reconsider his actions, apologize for what he has said, and reform his pedagogy. I also urge the leadership of the Law School to immediately issue a statement that A) explicitly states what our values are, B) explicitly commits to revoking Professor Stone’s teaching privileges if he continues to speak the N-word inside or outside the classroom, and C) explicitly provides timelines for when it will complete all of the diversity committee’s recommendations.

I believe Professor Stone and the University of Chicago Law School can do the right thing and ameliorate racism in our home. They have taken serious steps to address racism at this law school before. They must do so again now.

David Raban is a dual degree student in the University of Chicago Law School and Harris School of Public Policy.