Taking Advantage of the Unknown

Thinking carefully about your course plan and job experiences will pay off, even if you don't have a perfect plan. 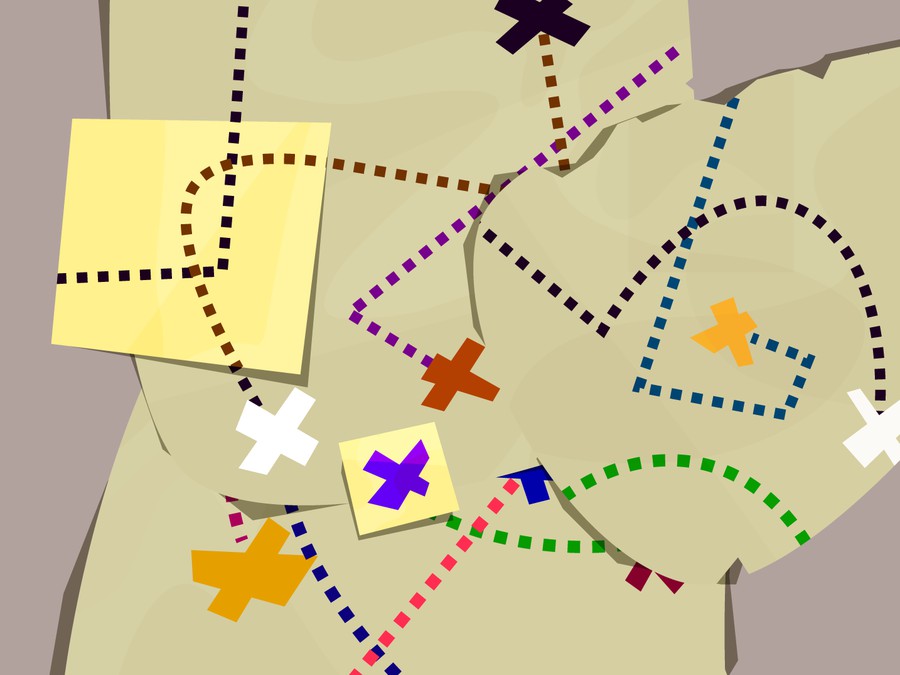 One of the most delightful ways to figure something out is after it has essentially lost all relevance. Case in point: realizing how you should’ve handled this whole “college” thing only when it’s finally drawing to a close.

My consolation here is that I know I’m not the only one who showed up on campus as a first-year with absolutely no clue what was happening. Everyone knows the telltale signs: students cycling through majors on a near-weekly basis or having a momentary existential crisis that leads them to the listservs for creative writing and physics and Medieval studies. If you were to audit everyone’s transcripts and resumes, you’d probably find yourself sifting through track records more suggestive of repeated identity theft than cohesive planning.

And for the most part, that confusion is resolvable. Students tend to find a sense of direction, although what others pitch as “finding your way” can feel in practice more like “bumbling toward adequacy.” Still, there are a few things I wish I’d known earlier.

Foremost among those is that if you dabble, dabble with purpose. As a first-year, you’re barraged by encouragement to experiment: in coursework, in extracurricular activities, in fundamental interests. And that’s mostly great. The problem is that it becomes easy to view good classes strictly as 10-week splurges into interesting, discrete topics—not as stepping-stones to higher-level work, as experiences that speak to each other, or as investments that pay longer-term dividends. The impulse to sidestep classes that sound informative but dull is fairly strong; likewise, with the impulse to register for zany classes for the sake of zaniness alone. But that may not be how you get the most from your education. Exciting course titles, after all, don’t always make for good coursework, and there’s nothing inherently contradictory about a class that’s both unexciting and invaluable. If I were to single out the handful of classes that taught me the most, I’d have to acknowledge the fact that I worked very hard to get out of several during the pre-registration period. The courses that contributed the most to my own education, for instance, were on topics like data construction and interpretation (glamorous, right?), which I stumbled into accidentally and spent several weeks trying to swap out of. Like many of my peers, I initially shied away from those kinds of courses. They don’t exactly sound exciting, after all, even though the payoff—not just in terms of professional or technical skills, but in terms of thinking as well—is immediately obvious. There’s a temptation to ignore those dividends in favor of unusual-sounding course titles.

It pays to approach these choices more methodically. A wild thought: maybe even have a rough plan for what you want to get from your coursework (whether it’s a deep dive into a specific area or an effort to try out several), understanding that a first-year’s grand plan is likely to be significantly revised or discarded outright. Even a simple step (like writing down the classes you plan to take) can be revelatory. By contrast, if I had to name my own ultra-precise, first-year enrollment strategy, I’d call it “scattershot.”

It’s also easy to become convinced that the bulk of your learning happens on campus and in classrooms. But, academic-year internships are underrated, and often not for the reasons you’d expect. Everyone’s very familiar by this point with the insane scrum for summer internships; it seems you’re expected to have lined up all of your summer gigs by September (of your freshman year. Of high school), and your post-graduation job, too. We sometimes neglect academic-year internships. I was convinced that taking an internship during the academic year was a surefire way to sacrifice my grades to long hours of unpaid coffee fetching. But it’s not as if employers can only dredge up interesting work for their interns between June and September. There are plenty of interesting opportunities out there, especially in a city as big and vibrant as Chicago, and flexible scheduling as well.

Of course, although there’s always an acute risk that a nice-sounding position will turn out to be a living hell (hello, nearly every remote publishing gig out there), many are worth pursuing. But even if you’re not saving the world with the ACLU or minting new millionaires with Bain, the experience can be rewarding—what makes a good internship, ultimately, isn’t the prestige of the office, but the kind and quality of work an intern gets to do. Plenty of us understand that well—I found that the odd-job internships (working for a tiny nonprofit, or a small unit of government like a park district) were the most meaningful. Academic-year internships are also usually less competitive, and when relevant experience is a prerequisite for every other thing you’re pursuing, they can make a difference on a resume.

“Have a plan” and “get experience” isn’t earth-shaking advice. But many students show up on campus wavering between areas of study that seem to be miles apart, like art history and molecular engineering. For these students in particular, planning and experience can make the difference in finding some sense of direction—a fact that’s easy to lose sight of when it’s so tempting to treat college like some extended high school summer program.

Natalie Denby is a fourth-year in the College.