The summit's goal was “showcasing the global impacts of Israel by highlighting Israeli innovation." 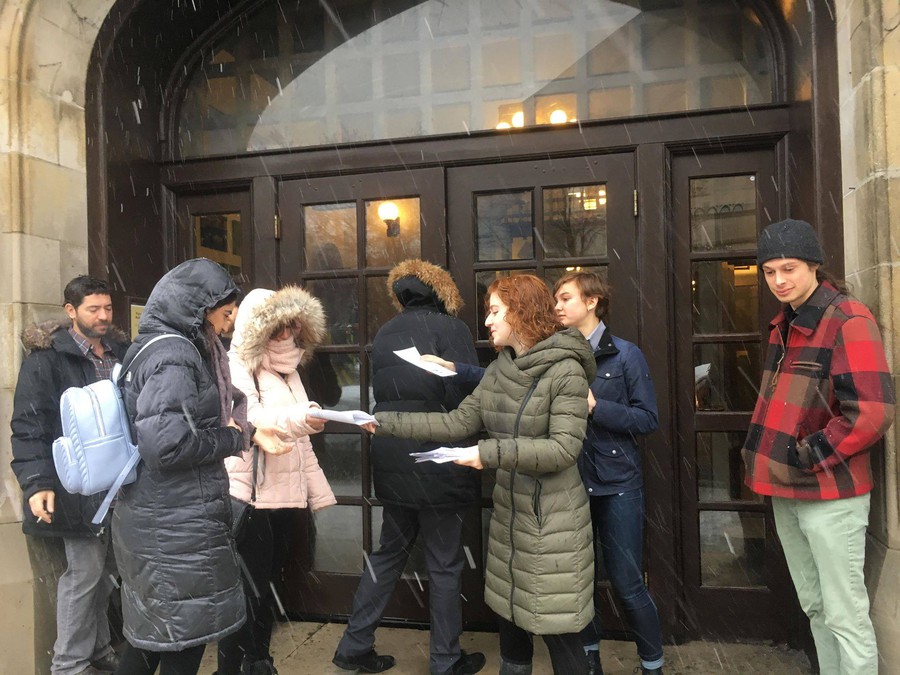 Aimed at “[showcasing] the global impacts of Israel by highlighting Israeli innovation in the fields of technology, business and finance, medicine, humanitarian aid, and civil liberties,” the Summit introduced a broad spectrum of Israeli start-up projects.

A largely apolitical event designed for students to learn from and network with Israeli innovators, the Summit invited one speaker with known political affiliations, Ambassador Danon, who was met with protest. As Danon is a member of the right-wing Likud party, many oppose his rejection of a two-state solution and his stance on Palestinian rights.

Six protestors positioned themselves outside Mandel Hall, where Danon’s event was to take place, with signs stating, “Danon does not speak for me.” Protestors were asked several times and eventually convinced by a professor to leave the event.

Second-year Daniel Gutkind, director of speaker relations of the Israel Summit, said Danon was invited “because of the importance of his position as the Israeli ambassador to the U.N. and because of the ways in which he can speak to Israel’s humanitarian aid and technological success stories.”

When inviting individuals to the Summit, Gutkind said they wanted people “who were deeply involved in Israel’s humanitarian efforts or its tech community.”

Second-year Yakir Zwebner, director of the Israel Summit, said that the Summit invited Danon to speak about his experiences "representing Israel and its important world impact on a global stage."

Danon’s remarks only lasted seven minutes of the two-and-a-half-hour morning session, which largely focused on Innovation: Africa, a nonprofit bringing Israeli solar and water technologies to remote African villages. The ambassador’s comments centered on the broad implications of those participating in the Summit for Israel as a force for global innovation.

Describing the success of Israel in a region that has political and economic challenges, Danon said, “It’s amazing and you can look it up on Google Earth, Google Maps—when you see the border, it’s green, and then you look at Lebanon, Syria, Jordan, Egypt—it’s undeveloped because we developed every inch of land and we continue to develop it.”

Danon also shared his confidence in Israel’s future success as a global innovator.

Update April 16, 8:47 p.m.: The article has been updated to include quotes from organizers of the Israel Summit at the University of Chicago.