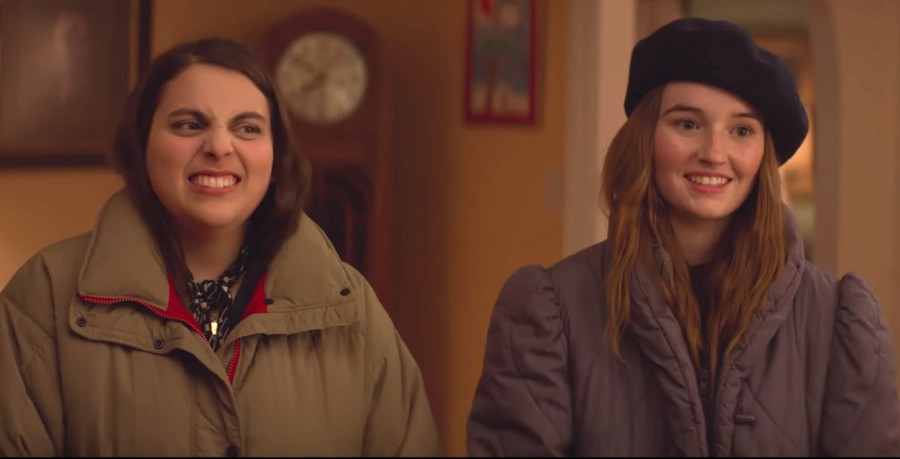 Booksmart, the directorial debut of Olivia Wilde, follows the story of two high school seniors, best friends Molly (Beanie Feldstein) and Amy (Kaitlyn Dever). After a tumultuous series of events while on the hunt for class vice president Nick’s (Mason Gooding) party, Amy is ready to call it quits in the empty parking lot outside a pizza restaurant. Molly, however, looks her straight in the eyes and “Calls a Malala.” By evoking the feminist icon’s name, she signals that she really wants to go to the party and needs Amy’s full support, no questions asked. This moment is a little goofy, but the seriousness with which both girls treat it speaks to the larger themes of feminism and the nuances of friendship in the film.

Whereas many teen films seem out of touch and are written by much older adults, the quirky and vivacious Booksmart is a much more accurate portrayal of young women on the brink of adulthood. One cannot help but wonder whether being directed by a relatively young female director and written by a team of women (Emily Halpern, Sarah Haskins, Susanna Fogel, and Katie Silberman) helped to make the portrayals of Amy and Molly so realistic. Especially with such an underrepresentation of women filmmakers in Hollywood, seeing a film that embodies feminism in both its plot and creation is refreshing.

The film opens with Molly waking up, followed closely by a shot of her meditating in front of a shrine to powerful historical women, including Justice Ruth Bader Ginsburg and Michelle Obama. The viewer also catches a glimpse of her valedictorian graduation robes. A meditative voice reminds Molly to “visualize her success” while cussing out any “losers” who may have doubted her. Then, she removes her retainer and goes outside to have an impromptu dance party with Amy. Both girls are goofy and understand one another deeply; yet, Molly proves to be pushier than Amy and seems to decide what they do and when. She is immediately established as a hard-working feminist, but also a somewhat vain and dismissive character.

The story mainly takes place over the course of two days, during which Molly realizes that, while she sacrificed parties and nights out for the sake of her academic career and Yale acceptance, even those who chose leisure over school work were accepted to equally-prestigious universities. With this realization, it’s as if her very foundation of truth is uprooted. Feeling like she missed out on a “real” high school experience, she decides that she needs to go to the popular and athletic Nick’s party. What follows is a misadventure in which Molly and Amy search all over town, inevitably running into many obstacles, trying to attain Molly’s perception of a real high school experience.

While Molly initially argues otherwise, one of the main takeaways of this film is that there is no single correct experience to have in high school. Amy seems to understand this more than Molly does. While Molly focuses on getting what she imagines to be the ideal experience, Amy acknowledges the events they go to as parties but is stressed by all of the new experiences they have. As Molly speeds up, Amy pulls back. This results in a tension between the best friends. The film seems to argue for a stance somewhere between the two: The best option is to push oneself out of one’s comfort zone while keeping in mind that any path one chooses is legitimate.

The film also warns against categorizing others into stereotypes, a feature common in other high school movies. Many of the perceived personalities of the characters, whether categorized as the jock, the rich kid, or even Amy as the cautious follower, are refuted later in the film, turning traditional high school characterization on its head.

The plot and themes of the film are nuanced and deep, and the cinematography matches in skill. With the use of close-up shots, Molly’s face often occupies the whole screen and all of her emotions and thoughts are apparent, even without dialogue. Another impressive scene takes place underwater, where motion and light dispose of the need for words.

Booksmart's main actresses flourish, but the secondary characters stand out as well, often thanks to the well-known actors playing them. Jason Sudeikis appears as the high school’s principal and Lisa Kudrow hilariously embodies Amy’s well-intentioned mother. Billie Lourd is almost unrecognizable as the mysterious and eccentric Gigi. These comedy veterans sustain the almost constant humor of the film, providing needed comic relief.

While Booksmart occasionally moves a little too slow and may even be oversaturated with jokes, the humor always lands and the long scenes truly flesh out a variety of themes. Wilde’s film redefines the standard for coming-of-age movies, with a goofy, feminist, and empowering spin.