This was the first contested race for treasurer since 1999. 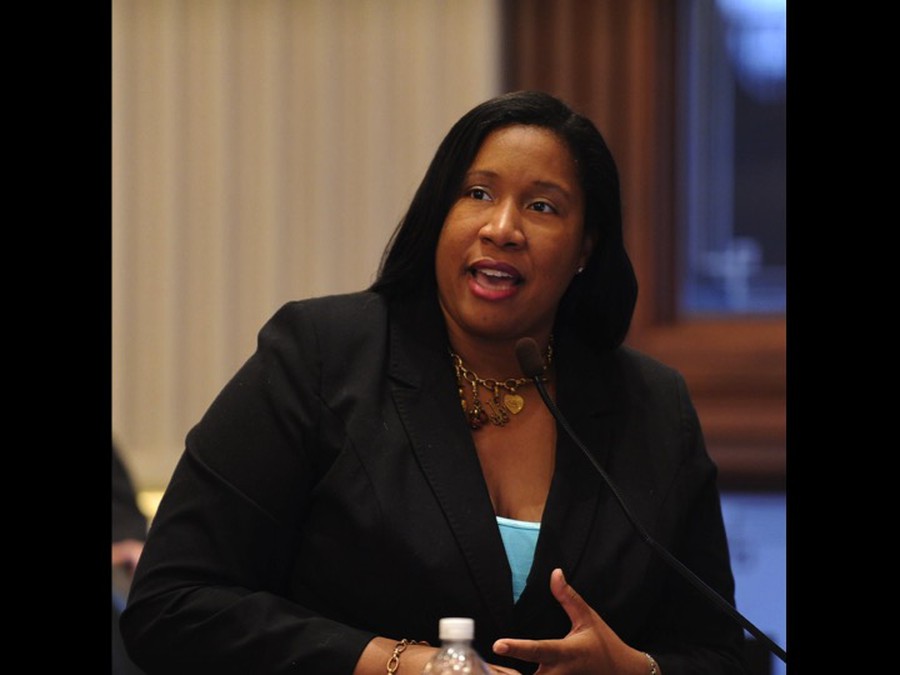 “First and foremost, we did it,” Conyears-Ervin said duringan election night event held in a letter carrier union office in Bronzeville.

She thanked the organizations and unions that endorsed her, saying, “Unions! Hardworking men and women! Those have been the supporters of this campaign!”

“Please know that this young lady, born in Englewood, raised in the West Side of Chicago...knows what it means to struggle, knows what it means for families to have to fight for a livable wage,” she said. “I do not take this role lightly.”

Conyears-Ervin’s platform emphasized auditing city agencies such as Chicago Public Schools, centralizing financial records online, and moving some municipal government departments such as the Office of Financial Analysis to the treasurer’s jurisdiction. She received an endorsement from Peter Gariepy, who ran against her and Pawar in the February race.

In the election on February 26, Conyears- Ervin received around 44 percent of the vote. Pawar received 42 percent.

“I am rooting for [Conyears-Ervin] to succeed,” Pawar said in a statement where he announced his concession. “I am proud of the race we ran.... Here is the silver lining: 40% of Chicago voted for a candidate running to launch a public bank and pilot universal basic income. We moved the needle on these issues.”