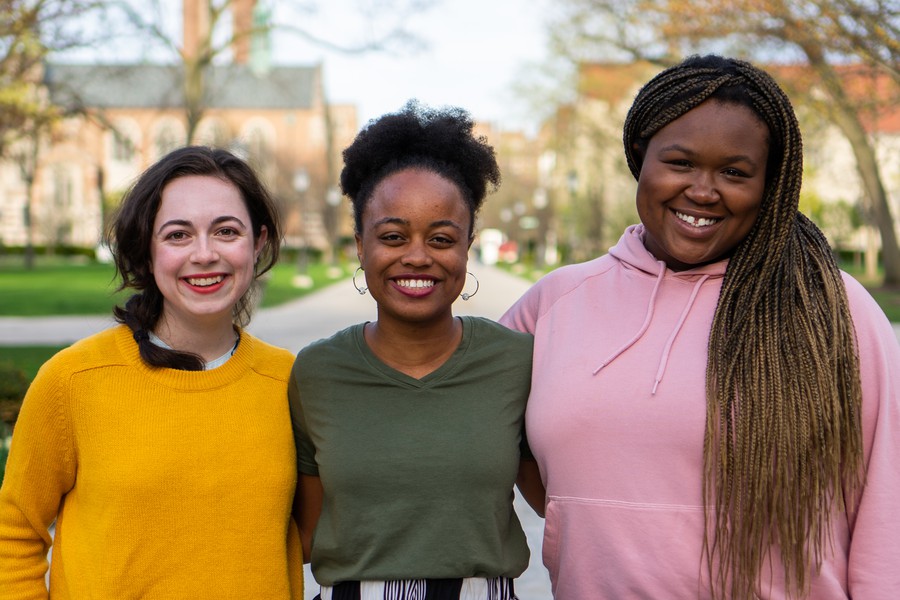 “We want to transform the attitude of safety from ‘[the UChicago Police Department (UCPD)] are people who can shoot you’ to the belief that there is a community of fellow students and community members who can help you,” Achife said. All three slate members said that they are committed to changing the attitude that the University has towards the South Side throughout the administration and student body.

Achife believes “there is more to ‘the UCPD issue’ than the UCPD itself,” citing a community-level safety problem as opposed to a police-residents binary, and plans on working to solve issues with the UCPD first on a community-wide level. “Once there is an established communal sense of safety, we can evaluate what role, if any, UCPD should have on our campus,” Achife said.

In pursuit of this goal, CARE plans to advocate for student input on the upcoming new student wellness center, which will open in 2021, and plans to advocate for the University to bring in therapists who understand what challenges LGBTQ+, non-white, low-income, and disabled students face in regards to mental health.

On Communication with the Administration:

One of CARE’s key priorities is improving communication between the student body and the University’s administration. According to Dorton, CARE plans on implementing procedures in all SG meetings to gather student input on relevant issues prior to discussion, and to make minutes of all meetings more accessible to the student body.

Achife said that CARE also plans on increasing the number of public meetings administrators such as Provost Daniel Diermeier and President Robert Zimmer have with students, and plans on encouraging members of the administration to attend RSOs to “help [them] understand how different groups and communities operate on campus.”

While Brown believes that there is “not much [they] can do right now” with regards to holding fraternities accountable to SG, she still maintains that the University should focus on helping victims of sexual assault and focus on sexual assault prevention. “It is really important that we support [sexual assault] survivors of all genders,” Brown said.

CARE is “pro-GSU, pro-unions, and pro-workers in general,” Brown said. All three members of CARE feel that they can relate to GSU’s issues because they are current student workers.

If elected, Achife plans on expanding the already-existing relationship between GSU, the Organization for Students with Disabilities (OSD), and UChicago United, taking GSU’s input into account, and getting SG to assist GSU “in any way possible.” The slate did not elaborate on the ways it could assist GSU.

On the Payment of SG Representatives:

“We believe listening to student input is the most important thing for a slate to do, so we plan on honoring the decision of the student referendum,” Brown said. Were they to disagree with the referendum’s outcome, the elected slate would be able to pass another bill.

On Low-Income and Minority Students:

Dorton plans on assisting marginalized groups on campus, especially in working to secure cultural centers on campus. She also plans to support initiatives addressing food security on campus, as well as creating a fund similar to those at other peer institutions where students who need emergency medical or housing assistance can request help from SG. The slate also plans on using SG’s power to support organizations that support students requiring assistance, like UChicago United, the Emergency Fund, and OSD, organizations that members of CARE are already extremely active in.

CARE also plans on promoting the work of minority students by encouraging underrepresented groups to take leadership positions within SG and in RSOs, and plans on creating an archive in the Reg’s special collections to honor the work of students of color on campus. According to Achife, this archive is already in progress.

The slate also wants to honor student activists on campus by starting a similar archive to honor their work as well.