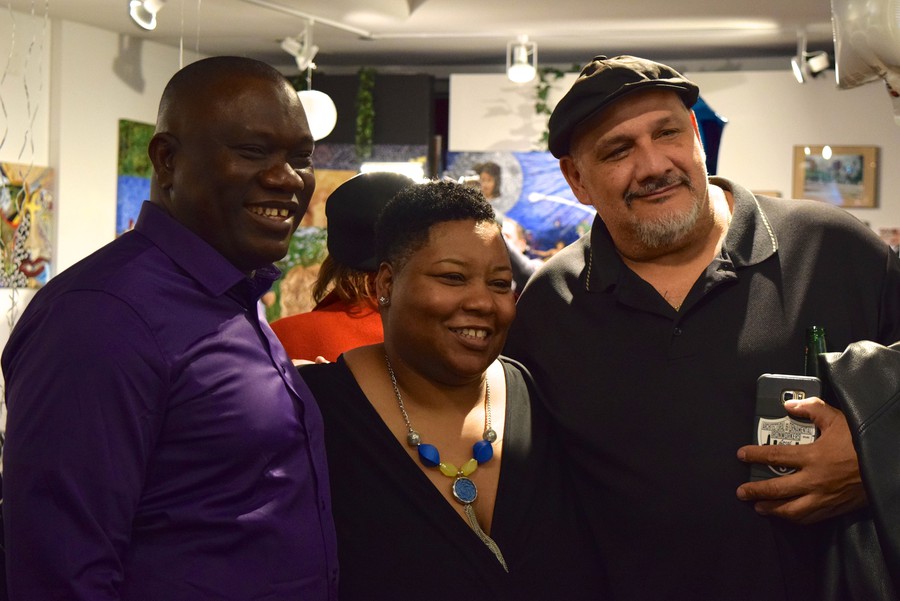 At Taylor’s election party, campaign manager Candis Castillo struck a triumphant tone when addressing a crowd of friends and supporters.

“Tonight, a mandate has been given to the 20th Ward to end the legacy of neglect and corruption. We finally have an alderwoman who is completely of the people,” Castillo said. Former alderman Willie Cochran resigned two weeks ago after pleading guilty to a corruption charge.

In her victory speech, Taylor thanked her family members, saying they inspired her run.

“Words cannot even describe the love and the joy that I feel that the 20th ward decided on sending a mother, a wife, a community organizer, a Local Schools Council (LSC) member,” Taylor said.

She reiterated a major theme of her campaign, emphasizing her people-oriented approach to politics.

“I told folks when they voted for me that’s not enough, I need them to go to City Hall with me. I meant what I said about organizing around what the community wants to see,” she said.

In the February 26 election, Taylor and Johnson led a field of nine candidates with 29 and 22 percent of the vote, respectively. Former candidates Jennifer Maddox and Anthony Driver, both of whom threw their support behind Taylor following the February election, attended Taylor’s event.

“I think the 20th Ward won today,” Driver told The Maroon. “I think we finally have a champion that’s for the people.”

In her concession speech, Johnson expressed concern about the future of the city.

“Chicago is changing and it may or may not be for the better. In order for us to move to the next step, we need to listen to one another. We all want the same things. We all want to feel safe, we want better means. I love the South Side, but we deserve better,” she said.

Johnson supporter David Miller was disappointed but optimistic in the wake of Johnson’s unsuccessful run. He also noted that this campaign does not have to be Johnson’s last.

“The numbers did not come up as we wanted tonight, but Nicole was the only young candidate that has made it this far, in the third largest city in America. Though this is tough, the future looks bright,” he said.

Johnson and Taylor both supported measures to increase the availability of affordable housing in the ward, such as eliminating the $10,000 fee that developers can pay in lieu of setting aside 10 percent of their housing units for low-income residents.

Johnson has worked at the nonprofits Teamwork Englewood and Chicago Votes, and garnered backing from Chance the Rapper, among other supporters. Johnson and Taylor were the two best-funded candidates in the nine-person field for 20th Ward alderman. Though Johnson is a member of the Chicago Teachers’ Union (CTU), the CTU endorsed Taylor in the race, donating $60,000.

The CTU endorsement has been the subject of some contention, with Johnson positing a “backroom deal” between Taylor and the union. Taylor has rejected all claims of such dealings.

Taylor hopes to dismantle aldermanic prerogative, which currently gives aldermen sweeping power over the development that arrives in their wards. Under the current prerogative system, aldermen can veto or support a possible initiative in their ward and largely expect City Council to follow their leads.

Johnson had planned to reform the system to make it more accountable, using a planning advisory committee to make decisions more transparent and accessible. Prior to the elections, she expressed confidence that some but not all aspects of life in the 20th Ward would improve under her opponent.

“The 20th Ward is in good hands,” she said in her speech. “I trust the character of my opponent, but I’d be remiss if I didn’t say that I wish this came in my favor. But this has made my skin much thicker. I didn’t know I was this sensitive, but also this strong.”