Candidate for Board Liaison Hopes to Prioritize Mental Health, Sustainability

If elected, Dinesh Das Gupta hopes to leverage his position as Liaison to the Board of Trustees to improve mental health services in terms of wait times and quality of care. 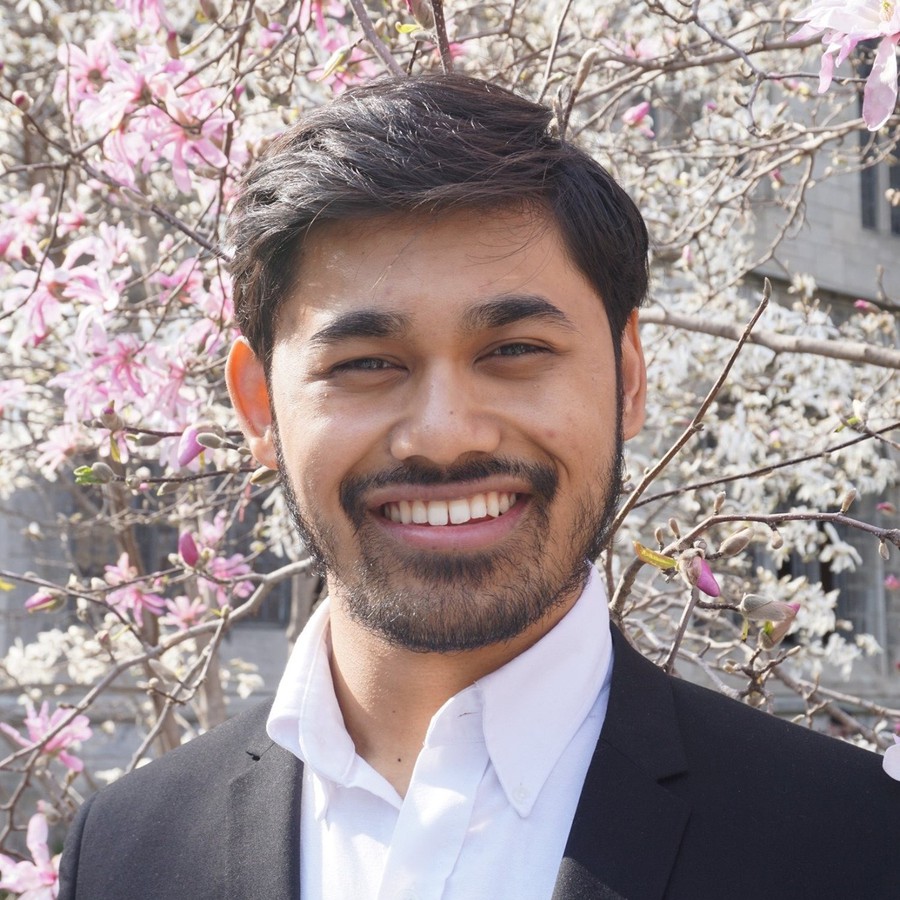 Dinesh Das Gupta, candidate for Undergraduate Liaison to the Board of Trustees.

First-year Dinesh Das Gupta is running for College Council representative and Undergraduate Liaison to the Board of Trustees on a platform of “sustainability, health and student unity.” Das Gupta is one of three members of the Trust Coalition running for student government positions, along with first-years Natalie Wang and Aazer Siddiqui.

The student elected as undergraduate liaison represents the student body to the trustees and works to build connections between students and individual board members. The liaison attends quarterly meetings with the board’s subcommittee on campus and student life, at which he or she can raise issues of importance to the undergraduate population.

If elected, Gupta will make increasing sustainability initiatives at the University one of his major goals.

The Trust Coalition’s platform includes plans for a fossil fuel divestment campaign, initiatives to reduce single-use plastics, promotion of composting, and a Student Government–sponsored thrift shop. Though the University requires LEED (Leadership in Energy and Environmental Design) Silver certification for all new campus construction projects with over $5 million in construction costs, Das Gupta has doubts about whether the University’s planned Woodlawn Residential Commons will meet the requirements.

Das Gupta said he would advocate for sustainable energy initiatives that will benefit both the University’s environmental impact and its bottom line.

“Why are there leaky windows in the middle of winter?” he said. “These are changes that can really save a lot of energy but also save the University money.”

Das Gupta also believes the University’s student health services are in need of radical improvement. “It’s absurd that student healthcare services should be so lacking on this campus, where the wait time for getting an appointment is six weeks,” he said. Waits for specialized services, he added, are even longer.

Das Gupta also said he will push for data collected by the University on students’ wait times for medical services to be made public.

“This is a level of absurdity that a school like the University of Chicago should be ashamed of,” he said, but he believes that he will be able to work through the board to win substantive improvements.

“I know that the Board of Trustees, if they were aware of what was happening… would also be ashamed of it,” he said. “It’s a simple fix of providing more resources to something that should already be in place for students as a support system.”

The University’s new wellness center, Das Gupta said, should help to address problems with student healthcare, “but it’s unclear how much it will.” He believes that demand for services will increase as students previously deterred by poor-quality service and long wait times come forward.

If elected, Das Gupta hopes to use his position to promote solidarity between the graduate and undergraduate populations. In his eyes, an effective relationship between the two groups would show that broad undergraduate support can help graduate students gain the leverage they need to make their voices heard by the University while also minimizing lost class time due to work stoppages.

Das Gupta currently has no position on issues relating to the conduct of the University of Chicago Police Department (UCPD).

“It’s something worth discussing,” Das Gupta said, but he is “not necessarily taking a stance” because he lacks “a firm-enough grounding” to assess the UCPD’s current role on campus.

If elected, Das Gupta will likely face some pressure from the student body to address concerns about the Board of Trustees’ chairman, Joseph Neubauer.

In the fall, Neubauer became the target of an activist campaigncritical of his actions as a member of the board of Mondelēz, a snacks company based in Deerfield, IL. This campaign has garnered significant support among undergraduates and has included calls for his removal as chairman. When asked whether he planned to address this if elected, Das Gupta acknowledged that he would need to “look into the issues a little bit more to fairly address them.” He did not address the specifics of the controversy.

“There may be issues with Neubauer’s leadership,” he said, but added that he doesn’t “see a way for undergraduates” to remove him. Das Gupta said that it would be “more productive” to work with Neubauer on “other issues.”