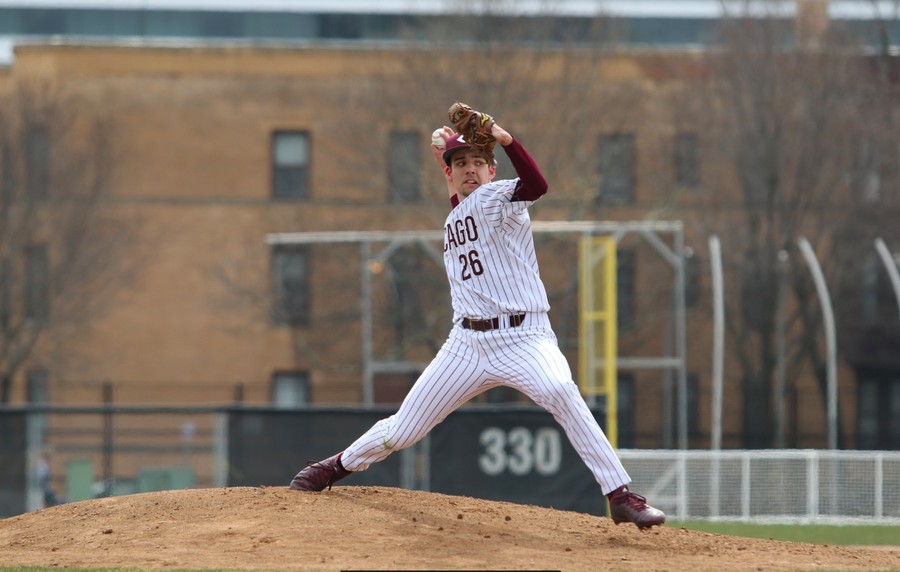 Joe Liberman pitching in a 2019 game. Courtesy of UChicago Athletics.

Last week, I sat down with UChicago baseball’s fourth-year pitcher Joe Liberman to discuss his college baseball journey and reflect on his four years here, both as an athlete and as an involved student. Liberman grew up in the suburbs of Chicago, where he describes a childhood surrounded by baseball: “Playing baseball with my Dad is basically something I always remember doing.”

Liberman’s high school baseball career was “a bit of a rollercoaster.” He admits Deerfield High School isn’t a powerhouse when it comes to the sport, so being on the B team freshman year meant he didn’t start off at the top of the game. Liberman credits a lot of his improvement to his growth spurt before his senior year of high school—that’s when he started getting interest from college coaches.

When UChicago came knocking, Liberman chose it on account of the promise of a “combination of being able to play baseball at a great academic school” and the coaches’ presentation on Liberman’s visit day. Liberman picked up on a lot of great energy and specificity of program goals from the coaches, which drew him to UChicago.

When asked about a game highlight from his time here at UChicago, he cited this year’s victory over then–No. 1 Trinity University. Liberman credits his team’s undying energy before and during the game as one of the cornerstones of the triumph. They’d struggled for years to beat Trinity, and Liberman says that each team member played his role exactly right that day, so UChicago came out on top.

Liberman plans on keeping baseball in his life as much as possible when he’s older. When the next generation of Libermans comes along, Joe wants them to choose their own path, but he says he will “definitely push them in [the baseball] direction.”