One Year After Opening, Trauma Center Director Looks to the Future 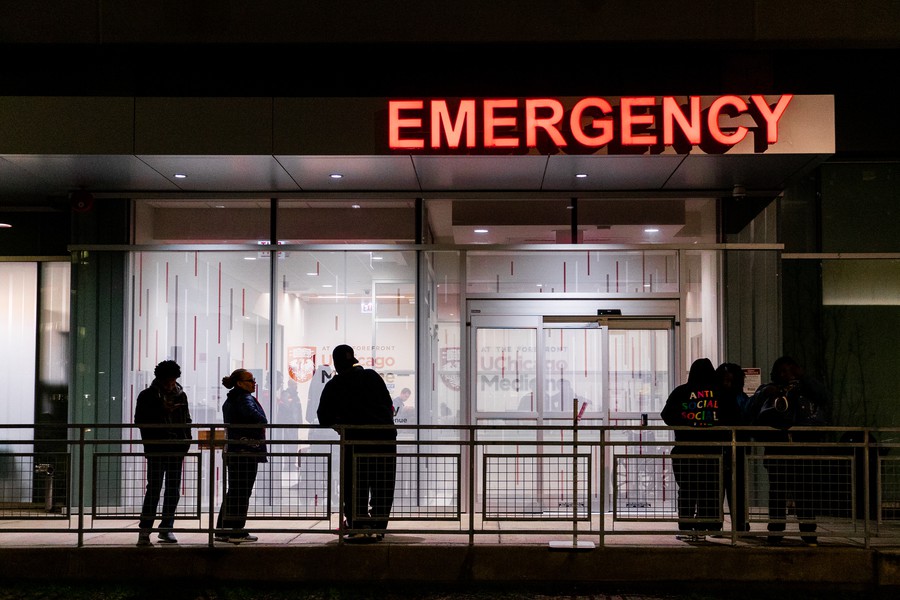 The Alumni Club of Chicago held a Harper Lecture last Thursday at Palmer House Hilton to discuss the first year of operation of the University of Chicago Medicine Trauma Center.

The Trauma Center, which opened on May 1, 2018, is the first Level I adult trauma hospita lon Chicago’s South Side since the trauma center at Michael Reese Hospital was closed in 1991.

Akila Ally (A.B. ’16), a member of the Alumni Club’s Board of Directors, introduced the two guest speakers, Brenda Battle and Selwyn Rogers. Battle is the vice president of the Urban Health Initiative and Rogers is a professor of surgery and the founding director of the trauma center.

Rogers expressed concern over this rate, saying, “One of the alarming things is the large number of penetrating traumas. Most trauma centers see around 10 percent.”

Battle and Rogers also discussed the need for a comprehensive violence recovery program (VRP), which helps trauma victims recover immediately following their injuries and in the near term afterward. Battle said that, on average, up to 45 percent of trauma patients are reinjured within five years, and around 20 percent die in a homicide.

As an example, Rogers told the story of a patient who was admitted to the trauma center in late December with severe injuries after being assaulted. After making a full recovery and being released later that month, the patient was murdered in a shooting outside his home on January 2.

“Is there anything different we could have done?” Rogers asked the crowd.

Battle also said that a VRP could help halt cycles of retaliatory violence. She noted that “being a victim of violence significantly increases the likelihood of becoming a perpetrator,” and said there’s a need to decrease the probability of retaliation crimes through “street outreach efforts,” saying, “We’ve been successful in mitigating some of those retaliations.”

She went on to discuss how UChicago Medicine has been working to develop a VRP by holding forums and summits with community members, stakeholders, and University faculty.

“What I want you to recognize is how complex it is to develop a hospital-based violence intervention [system],” Battle said, adding, “We knew that we had to do this, that this was a public health issue.”

Toward the end of the event, Battle and Rogers touched on ways that the trauma center can improve in the future. Battle said that the center had partnered with psychologists, psychiatrists, and faculty at the School of Social Service Administration to gauge the effectiveness of treatment at the center and to identify areas for change.

“Research is incredibly important to understanding the effectiveness of our work,” Battle said.

Rogers added that the trauma center might pursue a future partnership with the University’s Crime Lab, which studies crime and violence prevention. “They’re an important source of data given the work they’re doing across the city,” he said.

Another audience member asked whether there are trauma recovery and rehabilitation services available to first responders who frequently handle victims of violence, saying, “I can tell you from experience, this can be overwhelming, doing it over and over.”

In response, Rogers said the hospital does not have those services, but noted that there is a need for them. “[First-responder work] has a tremendous psychological effect on the individual.”

Rogers also said that the trauma center has been working to integrate personnel with military combat experience into its staff in order to further equip the facility to handle trauma patients.

“We are in talks with the United States Army right now,” he said. “We are actually having active negotiations about how to embed [the] military into our service.”