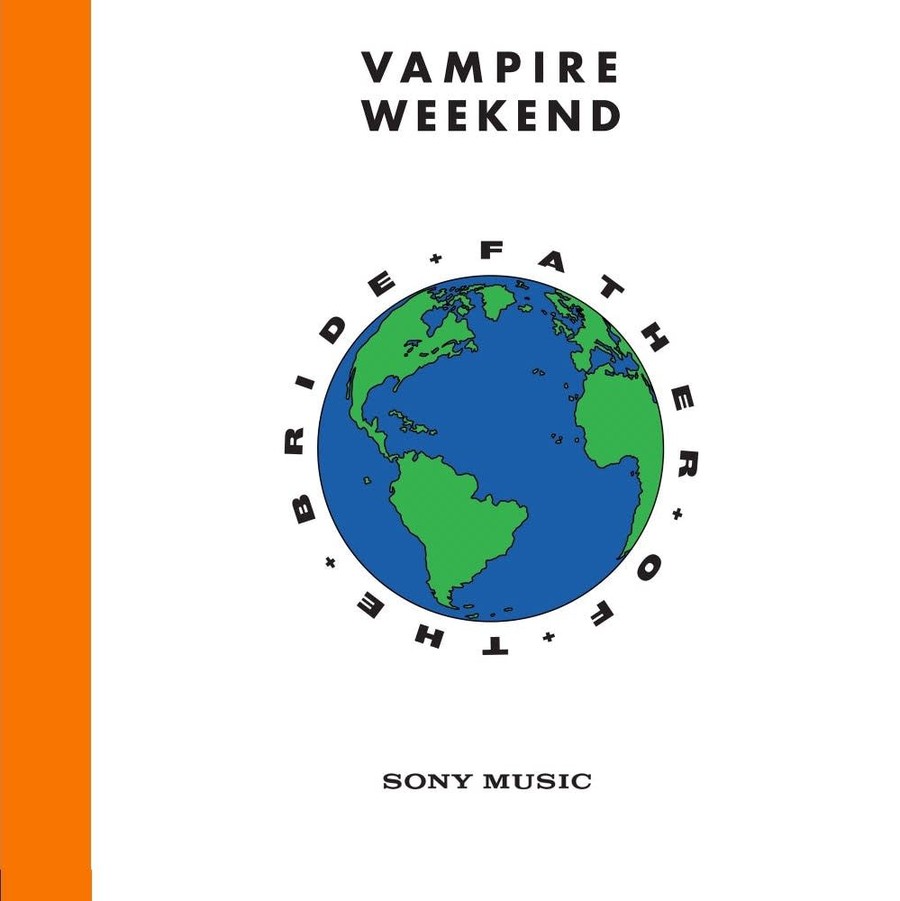 When Vampire Weekend emerged in 2008, fresh out of Columbia University, dressed in Polo and popped collars, the quartet cut a striking, starched profile. It was a strange concoction of elements, an intoxicating fusion of college rock and African rhythms, tongue-in-cheek Ivy League sensibilities, and a swirling undercurrent of existential dread, that made Vampire Weekend the poster child for late-aughts indie rock.

In 2013, after releasing the brooding and beautiful Modern Vampires of the City, the last of a now-classic trilogy of albums, Vampire Weekend seemed to fall off the map. Producer and multi-instrumentalist Rostam Batmanglij left the group in 2016 and, while the band continued to drop hints that a fourth album was on the way, nothing substantial materialized for six years. Some feared that perhaps, in the wake of an exhausting five-year run of touring and song-writing, Vampire Weekend was done.

But now, after their extended hiatus, Vampire Weekend is back with a new double album called Father of the Bride. If the band’s first three albums channeled the spirit of stuffy, bustling, painfully self-aware Upper West Side New York, this new album is pure California, twanging guitars, open seaside vistas, jam bands and all. The uptight energy that once characterized the band has given way to a practiced ease. Frontman Ezra Koenig, secure in his mid-30s, having just welcomed a baby boy with longtime partner Rashida Jones, is letting it all hang loose.

The album opens with “Hold You Now,” one of three country-inspired duets with Danielle Haim scattered throughout the album. Driven by a languid guitar progression and scaffolded by a pair of haunting choral samples from Hans Zimmer’s soundtrack to The Thin Red Line, the album’s uncharacteristically happy and loose sound is still underpinned by the thematic heaviness and existential unease that has defined the band’s career.

Father of the Bride also seems to find Vampire Weekend at its most politically conscious. The band resurfaced in 2016 to support Senator Bernie Sanders’s bid for presidency and, while Koenig has said that many of the lyrics in the album were written before the turmoil of the 2016 presidential election, it is tempting to read politics into tracks like the record’s lead single, “Harmony Hall.”

At first, “Harmony Hall” seems to be a simple lyrical continuation of “Hold You Now.” The opening lyrics, “We took a vow in summertime./ Now we find ourselves in late December,” alludes to a June wedding that looms over the characters in the album’s opener. Above the bubbly guitar riff and bouncy piano chords, Koenig spins a tale of marital discontent and betrayal that leaves the narrator confused and overwhelmed: “I thought I was free from all that questionin’/ but every time a problem ends, another one begins.”

But it is also easy to interpret the lyrics as a pointed political commentary. “Anger wants a voice, voices wanna sing./ Singers harmonize ’til they can’t hear anything,” Koenig lilts in the pre-chorus, suggesting that as we revel in a communal sense of anger or indignation, we’ve lost the ability to look outside our own particular worldview and listen to others. In the chorus, the lyrics, “Anybody with a worried mind could never forgive the sight/ of wicked snakes inside a place you thought was dignified,” take aim at our nation’s politicians. And in a later verse, the lyrics, “Within the halls of power lies a nervous heart that beats/ like a Young Pretender’s” seem like an obvious jab at the nation’s president. “The Young Pretender” was also a nickname for Charles Edward Stuart, a Scottish nobleman who once claimed the British throne, but was forced to flee before a year was up. It is not a stretch to imagine that with these lines, Koenig was trying to speak a particular future into existence.

Of course, there are lighter songs on the album too, such as the incandescent ode-to-love “Stranger,” the offbeat Steve Lacy collaboration “Sunflower,” and the silly country ditty “We Belong Together.” In “Stranger,” as Koenig’s love-struck voice croons, “You and Kidada/ ooh, the lights get low, low, low,” over a sultry saxophone melody, there is a moment of soul-jerking emotional openness that would never have found a place in the Vampire Weekend songs of old.

Father of the Bride feels like a series of vignettes, a loose compilation of songs, each of which pushes the boundaries of Vampire Weekend’s sound in new directions. But there is a common thread holding it all together. Behind all these stories of undeserved privilege, the inevitable passage of time, love found, and love lost, there is a world that is crumbling. Buried in lyrics like “No time to discuss it./ Can’t speak when the waves/ reach our house upon the dunes” in “Bambina” and “But here comes the sun,/ those toxic old rays” in “Spring Snow,” there is an urgent environmentalist message that, much like in society today, recedes into the background as soon as other personal and political crises emerge.

While it’s messier and less focused than the band’s first three albums, Father of the Bride brims with a collection of extraordinarily well-written, beautifully crafted songs. There’s an added maturity, as if the members of Vampire Weekend have emerged from the existential storms of their 20s a little less anxious about their places in the universe. Draped in sliding guitars and sunny Californian spirit, this new era of Vampire Weekend sounds brighter, happier, and more in love than ever before.