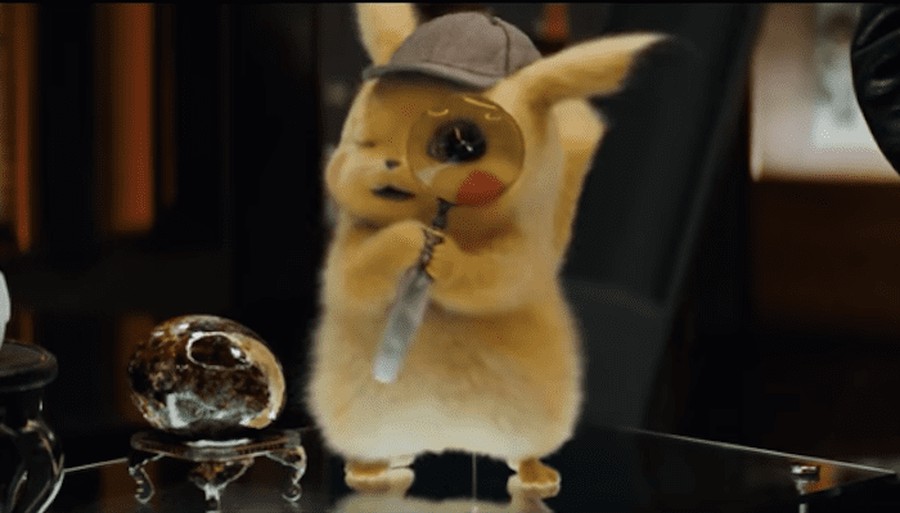 Video game movies don’t exactly have the best reputation. From the cheesy violence of 1995’s Mortal Kombat to the bizarre reimagining of the Mushroom Kingdom in 1993’s Super Mario Bros., movie studios don’t seem to understand how to satiate ravenous video game fans while telling a compelling story. Detective Pikachu, the latest studio attempt to get fanboy dollars, will indeed satiate video game fans, but it tells a story barely on the right side of acceptable.

This movie’s story is as generic as they come: A detective’s partner goes missing, so he teams up with his partner’s son to unravel the deep conspiracy behind his disappearance. Of course, this detective just happens to be a talking Pikachu voiced by Ryan Reynolds, living in a world where Pokémon and humans coexist. In true children’s movie fashion, the various twists and turns that the mystery-driven plot takes are utterly predictable to everyone over the ripe old age of 10. That’s fine by me though, since some sacrifices must be made when making a detective story comprehensible to even the youngest family members.

What’s not fine with me is the mediocre-at-best, and atrocious at worst, writing for the human characters in this movie. Neither the main character (played by Justice Smith with all the gravitas of one of the weekly patients on Grey’s Anatomy), nor his plucky reporter friend (Kathryn Newton) are written with any semblance of real emotion. They drift through the plot, often literally forced to do anything, with the sole purpose of taking the audience from one Pokémon showcase scene to the next. Their motivations are so shallow and undefined that I struggle to think of anything to say about them.

Fortunately for this movie, neither current kids nor grown-up ’90s kids care about the human characters in Pokémon media products—the protagonist of the often-celebrated animated series is called “Ash Ketchum,” for Arceus’s sake. The real appeal of the franchise is seeing cute monsters beat each other up. In this regard, this movie is mostly satisfying. Though they definitely could have fit in a few more traditional Pokémon battles, they do create a beautiful world that feels truly integrated into the Pokémon universe, and it is delightful to see hyperrealistic Pokémon going about their Pokémon business.

A particular highlight is a clip that shows water-spitting Squirtles assisting the fire department in putting out fires. And the battles that they do show are engaging (even if the film’s blockbuster tendencies make the third-act action numb and uninteresting).

In complete honesty, however, Ryan Reynolds’s voice acting as Pikachu is the only real reason to pay the full admission price for this movie. Yes, he’s doing a less meta and more PG version of his Deadpool routine, but the schtick hasn’t gotten old quite yet. There is something truly wonderful about his voice coming out a creature as adorable as Pikachu in this film. The only laughs in my screening were all from lines he delivers with comedic timing and writing that clearly evaded the rest of the cast. In fact, the difference between Pikachu and the human characters is so stark that I found myself wondering if his lines were improvised; it’s incredible how much he stands out.

Reynolds’s performance single-handedly elevates this movie past the horde of forgettable video game adaptations that have come before it. The film’s bland plot, characters, and acting are a blank canvas for Ryan Reynolds to do the kind of comedy he does best, and in that regard the movie works wonderfully. Adult Pokémon fans will probably enjoy the fascinating world they’ve created based on the Pokémon universe, and younger fans will enjoy simply recognizing their favorite characters on screen. However, after a couple of decades of good comic book movies proving that family-friendly adaptations could both please fans and tell good stories, it’s hard not to be disappointed by Detective Pikachu. The search for The Dark Knight of video game movies carries on.