Make Metra Work for the South Side 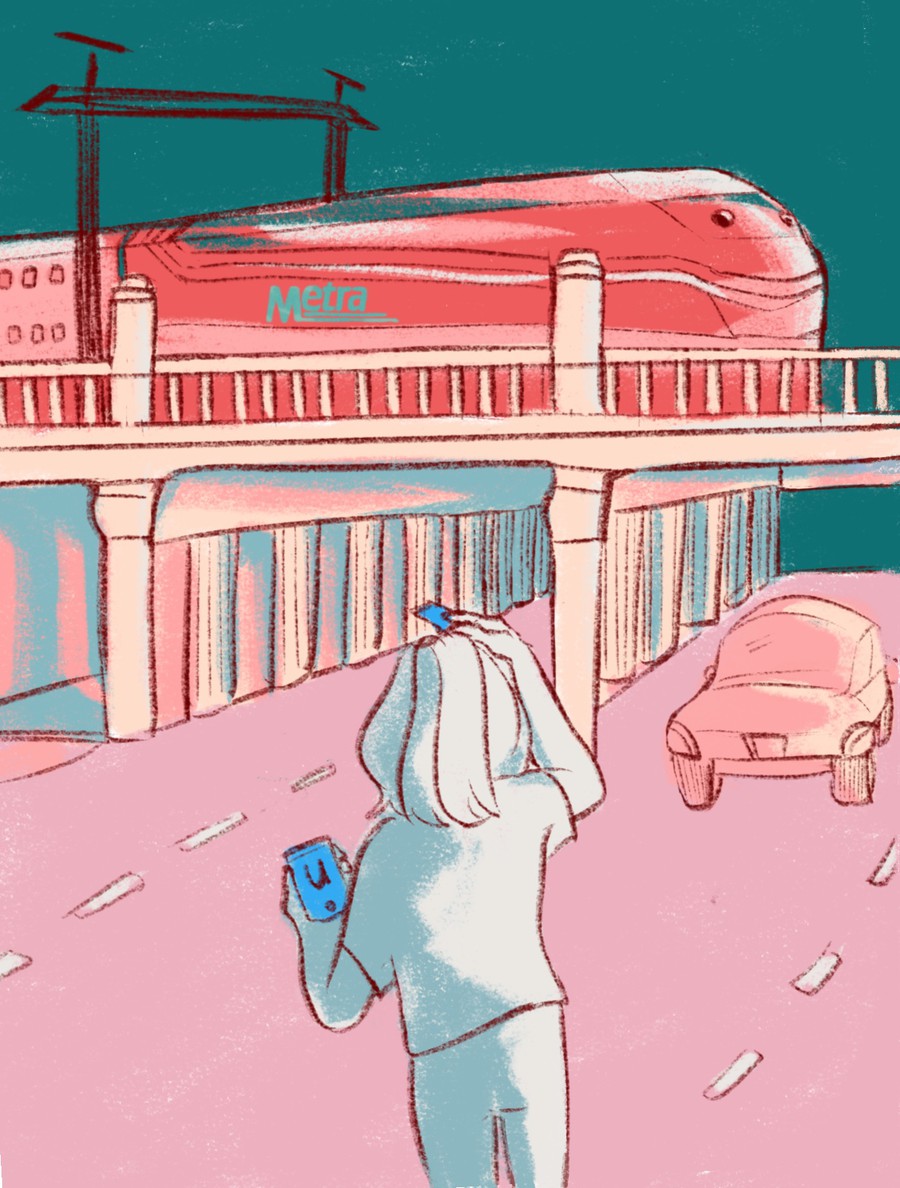 When I was first looking into the University of Chicago, I was immediately drawn to the city itself. Chicago is a city with so much to see, do, and explore, from visiting world-class exhibitions at the Art Institute downtown to walking through towering palms at the Garfield Park Conservatory, to eating the city’s best vegan soul food at Majani in South Shore. But now that I’m here and actually trying to explore, I find myself frustrated every time I make plans. It’ll take how long to get there by public transit? Rideshare costs how much? As I check Uber or Lyft prices and CTA fares, there’s one option I rarely consider: Metra.

I’m not alone in my reluctance to ride the Metra. Although the Metra Electric line has numerous train stations covering a large portion of the South Side not served by CTA rail, including three stations in Hyde Park, it has been losing riders and is considering closing some of its underused stations. It’s no mystery why—transit activists have identified key factors that hurt Metra Electric ridership:

1.     Cost. A Metra Electric trip from Hyde Park or South Shore to downtown costs $4.25, and from Pullman or Rosemoor to downtown costs $5.50, significantly more than a CTA fare. The price difference is even greater for UChicago undergraduates who receive Ventra U-Pass cards but not Metra passes.

2.     Lack of CTA integration. To transfer between Metra and CTA, you have to pay another full fare, making the public transit trip much more expensive and often not much of a savings compared to a rideshare. You also can’t pay for Metra with your Ventra card, making it a hassle to buy a Metra ticket. Riders with unlimited CTA passes must still pay full Metra fares.

3.     Frequency and schedule. Currently, the Metra’s schedule is designed for commuters who work nine to five. Frequency decreases during off-peak hours, making it much less convenient if you want to run errands during the day or do something fun in the evening or on the weekend.

Improving the Metra Electric has long been part of the conversation around transit on the South Side. The relatively inconvenient public transit in this part of the city is both a contributing factor and a symptom of Chicago’s history of disinvestment in African-American communities. Poor access to public transit perpetuates poverty. Now, the effort to bring better transit to the South Side—and with it improved access to jobs, amenities, and cultural centers—has made it to the floor of the Illinois House. HB 3834, introduced last month by Rep. Marcus C. Evans, Jr., would make Metra Electric fares within Chicago equal to CTA fares and would allow riders to pay with their Ventra cards. It doesn’t fix all of the problems I’ve discussed, but passing this legislation would represent a significant step towards accessibility, efficiency, and equitable transport.

The Coalition for a Modern Metra Electric, which brings together several Chicago community organizations, is currently collecting signatures to show support for reforms that would make the Metra Electric an affordable and convenient option. As members of the UChicago community, we should support this effort by signing the petition, linked below, because it would make it easier to escape the campus bubble and explore new parts of Chicago. As residents of the South Side, we should embrace this chance to promote equitable public transit in a part of the city that desperately needs it.