Growing Up and Letting Go With "Blowout" 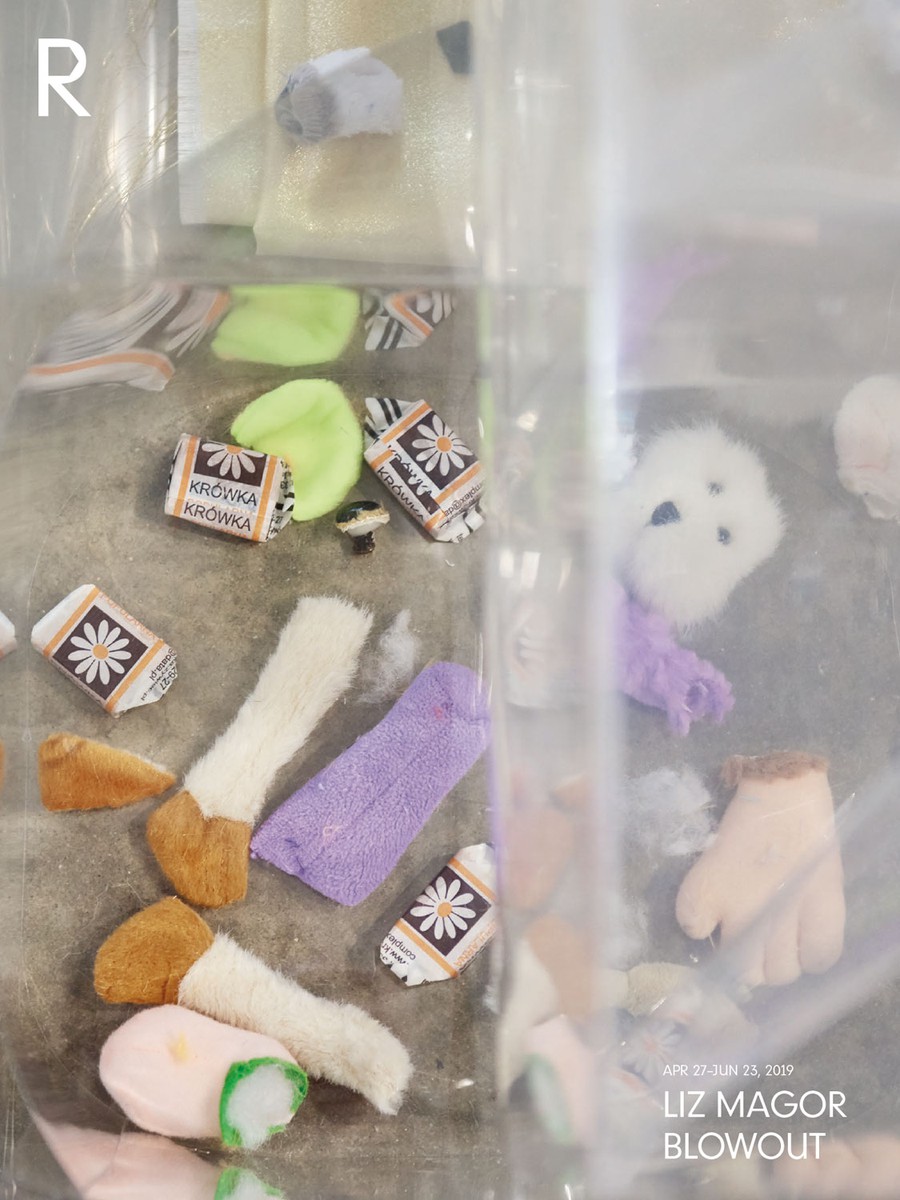 Courtesy of The Renaissance Societt

In the Renaissance Society's latest exhibition, Liz Magor: Blowout, Liz Magor uses everyday objects that speak to “mortality and local histories.” In the program guide, Magor says that “blowout” is the word for the moment in a cycle “when there’s no point in saving anything, and you let go,” and when you say, “I’ll blow it all, like, I’ll put all my stuff in the street.”

The exhibition evokes the idea of things left behind and discarded. Three strands of fabric and twine hang from the ceiling, each suspending an upside-down stuffed animal which holds a bag from which a large sheet of fabric spills onto the floor. These hanging pieces, each called “Delivery,” have a sense of rescue—it is as though the animals have caught the bag just before the fabric tumbled out of it onto the ground. Meanwhile, the floor of the room is covered in stacks of plastic boxes, each holding things that someone seems to have left behind. Perhaps this is why the stuffed animals hold the fabric in midair: They are afraid it could fall onto the floor and be left behind.

To me, each box tells its own narrative. Particularly poignant is the stack of three plastic boxes, the bottom two with cotton wool and the head of a stuffed bear, and the top with a ragged stuffed animal lying on a small box of cotton wool, as though the animal were hugging the wool. Somewhat morbidly, the animal seems to be clutching the coffin of a departed friend. Elsewhere, a stuffed monkey holds a fraying yellow children’s sweater above a box filled with thin gray mesh and a box stuffed with cotton wool. As I looked at the monkey’s eyes, partially hidden behind the sweater, I felt a sense of loss, of forgetting, as if these were the remnants of a childhood long gone, left to comfort themselves when the child no longer needed them to comfort her.

The limbs of stuffed animals abound in the boxes, and each one carries with it the reminder that the rest of the toy is somewhere else. On some boxes, there are discarded chocolate wrappers, suggesting that strangers have passed by the boxes, adding their trash to the jumble (not that the boxes’ contents are really trash). Walking around and between the boxes, I found myself constructing a story for each one, reasons why these particular items were together.

On the far edge of the exhibit are shoeboxes, each displaying a different pair of shoes, from heels to flip flops to boots. There are shoes of all sizes—men’s, women’s, children’s. Oddly, one pair still has a mannequin’s heels in them. Magor says these shoes are “great examples of the near miss,” implying they are designs that just didn’t quite work.

Against the near wall are stacks of flat-pack cardboard boxes with two handbags on them, paint seeping from their openings. These did little for me until I read that they were not handbags at all, but sculptures in gypsum, evoking the idea of deceptive appearances. Still, I preferred the boxes.

In her powerful exhibition, Magor tells the stories of lives through their losses. Even the room itself is open and empty, acting as a negative space to suggest yet another missing part of the story.