Knapp wants to bring the voices of both students and student leaders to the Board of Trustees. 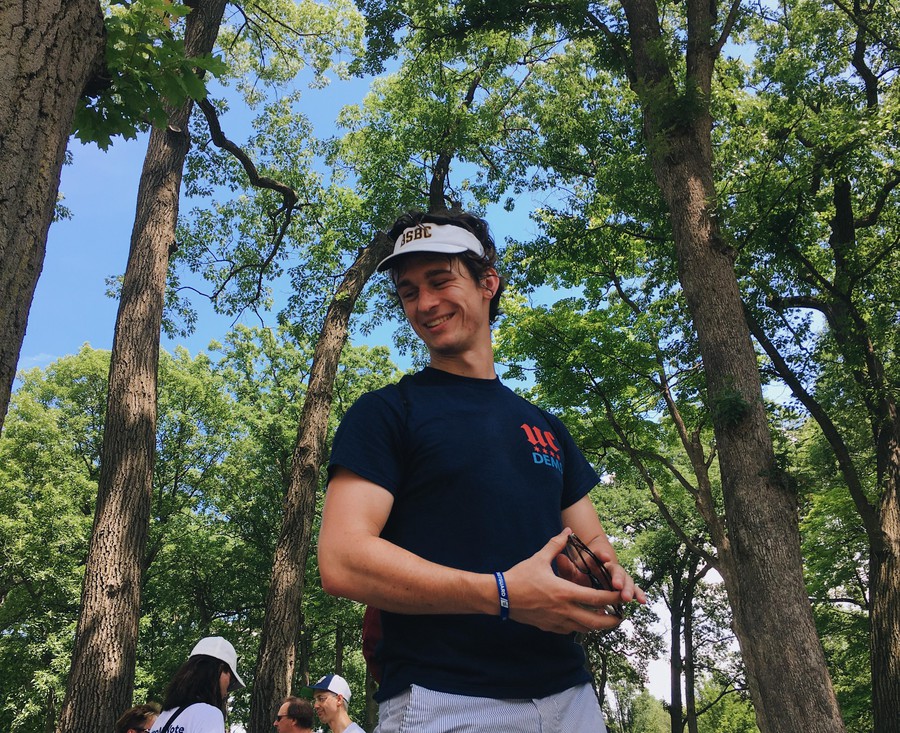 Ridgley Knapp, candidate for undergraduate liaison to the Board of Trustees

Third-year Ridgley Knapp is running to be the undergraduate liaison to the Board of Trustees.

The undergraduate liaison acts as a representative of the student body when meeting with trustees and works to build connections between students and board members. Knapp is running on a two-pronged platform of promoting transparency in dealings with the Board of Trustees and increasing funding to RSOs that “pick up the slack” when dealing with University services like student counseling.

“Since the trustees are some of the folks with the largest leveraging power in our day-to-day lives, all undergrads should be able to have their voices heard,” Knapp said. “I don’t think you should have to be a student leader to get your point across.”

Knapp is currently a member of College Council, is the former president of University of Chicago Democrats, and has served on the Transportation and Security Advisory Board, tackling campus shuttles and accessibility issues.

When asked what qualifies him to be undergraduate liaison, Knapp pointed to his experience organizing conversations between students and politicians. “Trustees are basically politicians for the University. That’s why I believe I have the facilitatory skillset.”

Knapp plans to use several strategies to increase transparency concerning meetings with the Board of Trustees. He wants to make the minutes for these meetings easier to access and bring more people into the fold when discussing issues with trustees. “I hope to have a public forum with one or more of the trustees…alongside the typical meetings as is,” he said. “Hopefully one per quarter, something where anyone can pose questions.”

“I don’t think that many folks know how many trustees there are and who they are. The names we recognize, but the faces we don’t,” Knapp said.

Knapp’s other objective, if elected to undergraduate liaison, is to support RSOs with funding to ensure students always have somewhere to turn to in times of distress. “I once walked into Student Counseling Services (SCS) in tears and was told to come back in three weeks,” he told The Maroon. Citing this personal moment on his platform website, Knapp also hopes to utilize the Board of Trustees to help RSOs tackle student issues.

“I would like to advocate to the Board of Trustees for the creation of a fund that would be able to add to the budgets of clubs and RSOs alongside those of the University. Say, like, RSOs that help with peer-to-peer counseling because SCS is falling behind.”

Knapp elaborated, “The University is building up student counseling. However, it should’ve been done years ago. There have been RSOs that have been picking up the slack for that.”

Knapp hopes that in the long run, by targeting specific board members, this pool of money could help fund the RSOs who have advocated for the formation of cultural houses.

On the issue of recognizing Graduate Students United (GSU), Knapp stated that he supports the cause and is proud to say that during the April 29 Student Government Assembly, he voted in support of a pro–GSU resolution calling on the administration to acknowledge GSU.