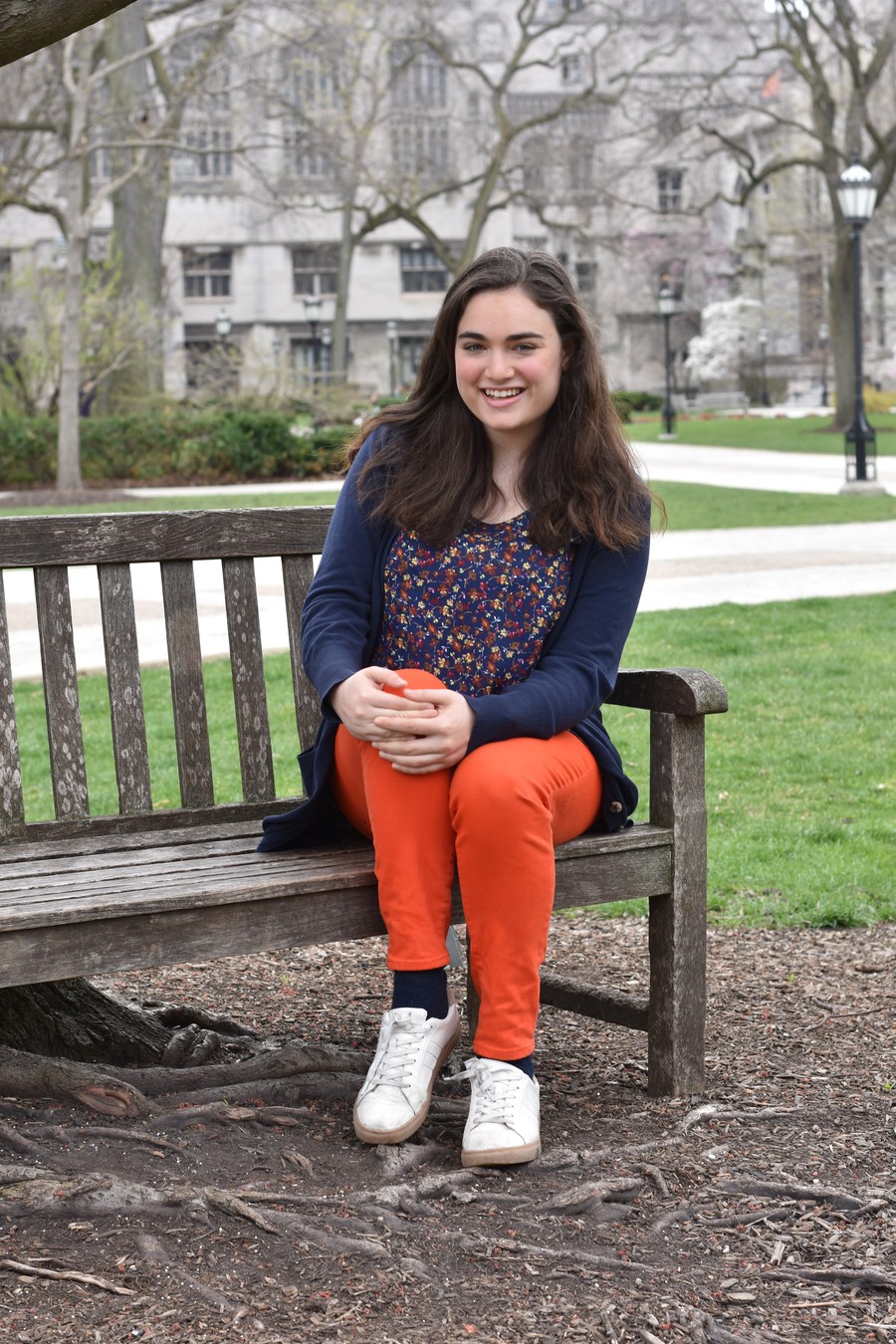 Third-year Rachel Abrams is running for Community and Government Liaison in the Spring 2019 SG elections.

Third-year Rachel Abrams is running for Community and Government Liaison, a Student Government (SG) position that “is essentially to be the go-between for the on-campus community and the surrounding communities,” she said in an interview with The Maroon.

Abrams currently serves as a Class of 2020 representative and is a member of the Sexual Assault Awareness and Prevention Committee (SAAP). In her candidate statement, Abrams described her platform as based on supporting marginalized community members, such as those with disabilities, and “developing stronger ties between faith communities on and off campus.”

“Community building is something that’s really important to me,” Abrams told The Maroon. She said that, if elected as Community and Government Liaison, she hopes to work with communities surrounding the University against gentrification.

“I’ve watched, even in my three years at the University, the land south of the Midway change dramatically,” she said.

Abrams plans to connect community members and leaders in Woodlawn to SG so that they can “brainstorm about what to do” regarding gentrification. “I want to help the people in Woodlawn who may be concerned about this,” she said.

She also said that she wants to expand Hyde Park’s accessibility to students with disabilities by expanding the wheelchair-accessible 171 and 172 bus routes, and that she will work with the incoming executive slate to improve mental health resources both on campus and in the community at large.

She has voiced criticism of the University’s decision require incoming classes to live on campus for two years, and said that she will work to ensure that disabled students on campus have access to necessities.

Abrams is active in Hillel and hopes to develop stronger relationships between various faith groups on campus.

“This year there’s been an unprecedented number of crimes against the Abrahamic religions,” she said, citing recent shootings in mosques, synagogues, and churches around the world. “I have gained a lot from being able to lean on the Jewish community in Hyde Park and the University.”

Abrams noted that many students expressed concern over transparency and accessibility of SG in last Thursday's SG debate. She said to The Maroon that SG is already accessible but has failed to make the student body aware of the opportunities open to them, such as the unelected positions on committees.

“Increasing accessibility in that way is important to me,” Abrams said. She suggested that SG hosts more open forums for students and increases outreach for its various unelected positions.