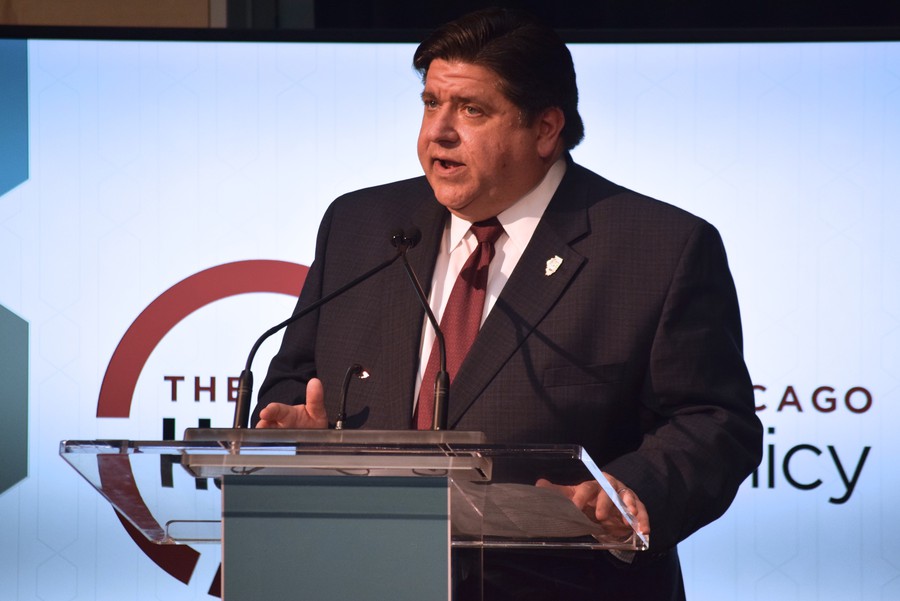 Governor J.B Pritzker speaks at event to celebrate opening of the Keller Center

The Harris School of Public Policy celebrated its move into the completed Keller Center on Friday, May 3. The Keller Center opened its doors for classes on January 7, and all construction for the $60 million project has now been completed.

Since its founding in 1988, the Harris School and its ambitions have grown. In recent years, its leaders began to plan a new building that would accommodate the school’s future needs. University trustee King Harris worked closely with Harris officials to develop ideas for the site and donated $10 million toward the new building.

A focal feature of the new building is a four-storied wood atrium that serves as a collaborative space and platforms for amphitheater seating.

Illinois governor J. B. Pritzker started off the dedication by commemorating Irving Harris, “a pioneer of public policy… his work was one of the main reasons that I became focused on early childhood development and education. By weaving research and on-the-ground experiences, he sought to craft solutions to the challenges faced by our country.”

“After seeing our nation’s top talent chase high-paying jobs in the private sector instead of pursuing careers in [the] public [sector], Irving knew something had to change,” Pritzker continued. “So, he launched this school which continues to innovate and impact so many in our community.”

President Robert Zimmer spoke at the celebration, emphasizing that the Keller Center gives room for the Harris School to grow. “This is an important moment for the Harris School, a further step towards its maturation into the nation’s leading public policy school, anchored in methodological, evidence-based, and data-driven analysis,” Zimmer said. 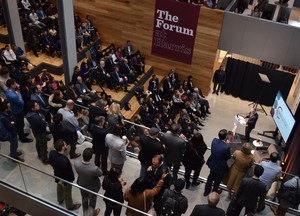 Zimmer also said that the Harris School’s empirical approach to public policy is crucial in solving the salient issues around the world. “The problems that societies face,” he said, “from risks of climate change to global conflicts… and many, many more, are too complicated to be addressed by guessing.”

Following Zimmer, Keller shared his excitement for the future of the Harris School. He said, “[Connie and I] are thrilled, and we are thinking ahead of decades of working, research, and ideas that will help the world… Harris is in the right place at the right time.”

Provost Daniel Diermeier, who was the former dean of the Harris School, took a moment to recognize and celebrate the Harris School’s accomplishments: “We have a strong foundation [for the Harris School] in place. We have great alumni that are leading state agencies, federal agencies. We have senators, congressmen… and leaders of nonprofits that are making a difference. We have faculty working on youth violence and improving health conditions in many communities.” 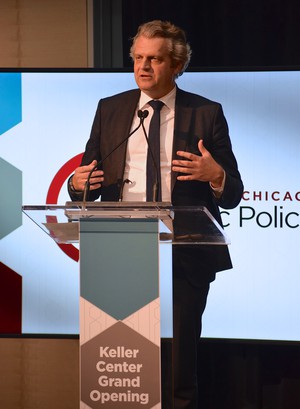 Katherine Baicker, Dean of the Harris School, concluded the celebration with a vision of all the new opportunities brought forth by the Keller Center.

“Today is an exciting new chapter for the Harris School,” Baicker said, “[The Keller Center] gives us the opportunity to amplify our impact and engagement with our community. We can bring in broader audiences of scholars, students, [and] policymakers into our mission.”