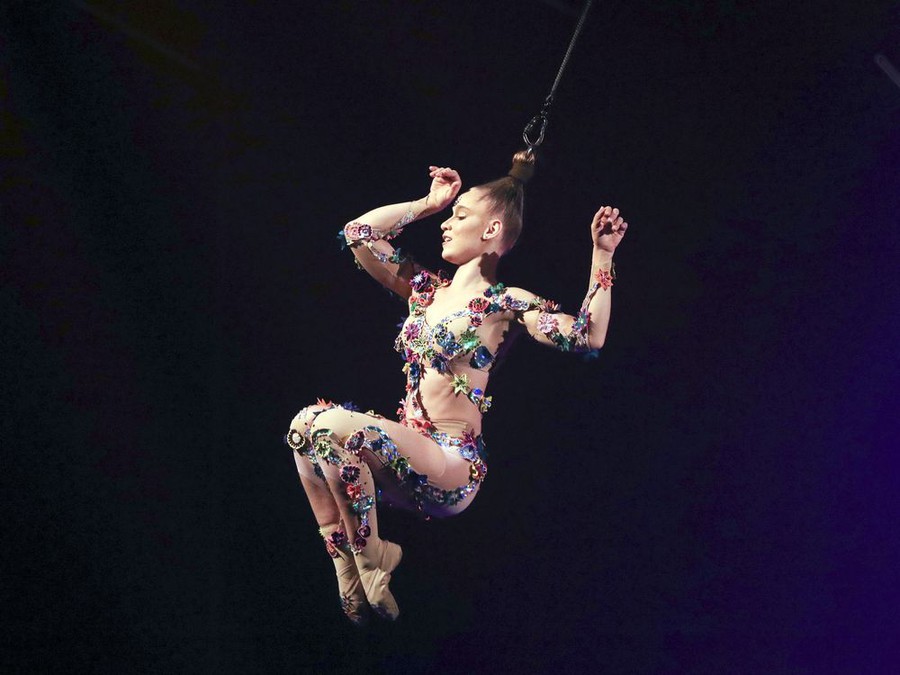 Now known for its creativity, global scale, and extremely competitive audition processes, Cirque stages shows that cannot be missed... and Volta is no exception.

As summer break approaches, we are desperately in search of fun activities to relieve finals week stress and to create memories with our friends before saying our goodbyes. Luckily, Cirque du Soleil’s Volta has come to town, and it just may be what we need.

Cirque du Soleil is not just any circus performance; it represents a monumental shift in people’s perceptions of the circus. Once notorious for its inhumane casting, training, and compensation practices, the circus was not exactly considered the pinnacle of artistic expression. However, this French-Canadian company has completely changed the circus’s reputation through its world tours of magical performances that intricately combine acrobatics with musical, visual, and technical storytelling. Now known for its creativity, global scale, and extremely competitive audition processes, Cirque stages shows that cannot be missed.

Volta is no exception. Taking extreme sports as its theme, the show has a robust repertoire of chilling performances, of which spinning inside a large hula hoop is a mere warm-up. One of the most anticipated acts from Volta is the trampoline wall, in which performers drop from two-story-high walls onto a trampoline, spinning and tumbling in the air. As the act builds, the trampoline begins to rotate and several acrobats drop simultaneously.

Just when the surprise factor seems to fade, the stage is illuminated to reveal a woman hanging mid-air by her hair. The audience grows silent for a moment, trying to decide whether they should be horrified or in awe. But this hesitation is quickly replaced with cheers and claps of excitement as the performer is suspended even higher, where she swings and twirls—while somehow managing to keep her hair intact.

The performers were not always successful, but their failures added to the show’s suspense. During the hoop-jumping act, one of the acrobats initially failed to jump through a small hoop positioned at a height double his own. However, he was able to preserve the adrenaline and thrill of the show as he continued to try until he finally made it. When he triumphantly emerged on the other side without tipping the tower of hoops over, the audience burst out of their seats and cheered. Such moments humanized these performers and made the show a truly interactive experience.

Volta would not be a Cirque show without its exceptional ability to tell a story through these acrobatic acts. The show followed the story of Waz, a blue-haired man who always felt like an outsider. Throughout the show, Waz recollects his memories of being bullied for his vibrant hair, spending lonely nights in his room, and being cast out from society. However, through his interactions with the circus acrobats, he learns to love himself for his quirks and talents. His journey of self-discovery culminates in an emotional strap aerial act and choreography that brings the audience to tears. Volta’s strong narrative is a salient reminder that Cirque shows are ultimately about celebrating personhood and the ebbs and flows of life.

However, none of this is possible without the technical skill and artistry that support the acrobats’ physically demanding performances. What makes Cirque an exceptional experience is the lighting, costume, makeup, musical, and scenic design woven into the show’s physical storytelling, and these elements deserve the audience’s attention just as much as the physics-defying performers. Cirque shows us what the pinnacle of artistic collaboration looks like, and Volta is certainly one of its best examples.

Do not hesitate to watch Cirque du Soleil! If the hair-hanging woman and colorful spectacle are not convincing enough, perhaps their popcorn and cotton candy stands will satiate your appetite.

Cirque du Soleil will be performing at Soldier Field until July 6, 2019.