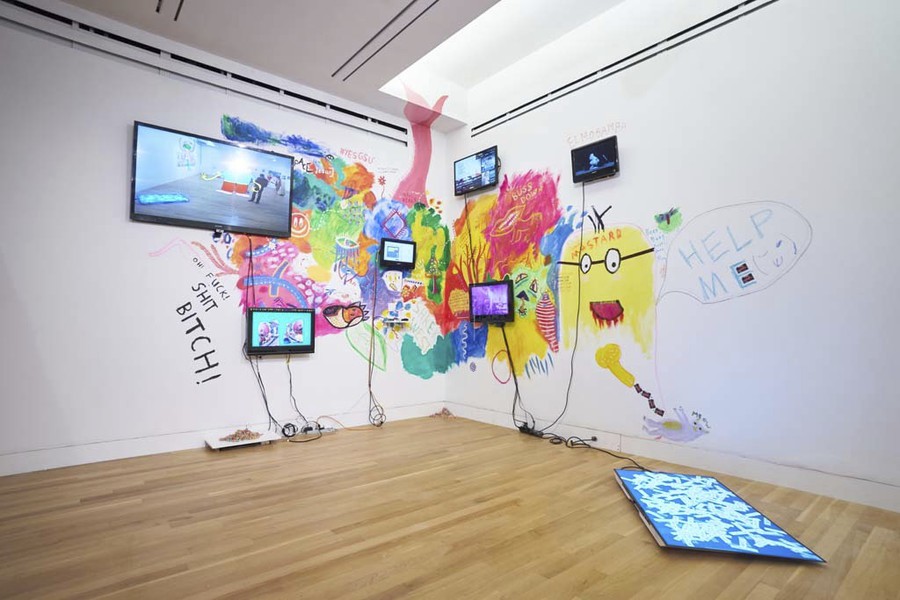 Gupta has wrestled with the question of where art fits into the broader political struggle to make the world a better place.

Juhi Gupta graduates next week with a dual degree in visual arts and public policy studies. An active member and leader of University of Chicago Student Action during her time at the university, her art and activism are closely linked. She sat down with The Maroon to talk about her experiences at the University of Chicago, her personal development as an artist, and her plans for the future.

As Gupta sees it, art and politics will always be inseparable. She recalled an incident when one of her professors asked a classmate, who had produced a set of white T-shirts, “What is the politic to this?” The classmate responded that he saw his work as apolitical.

“She was like, ‘That is just not possible,’” Gupta said. “‘You’re not functioning and you’re not making artwork in a vacuum. Once [your work] enters into the world, it has these social implications and you're expected, as the artist, to have thought about those before you do that.’”

For a class last year, Gupta created “the first piece that felt like it was part of my current artistic trajectory.” Titled “A History of Counterculture,” the exhibition compiled television advertisements stretching back 60 years, each of which appropriates the anti-establishment motifs of the day to sell a product. The imagery of hippie culture was repurposed to sell Levis in the ’60s; Subarus were described as the punk rock of cars when the ’90s zeitgeist demanded it; Pepsi infamously presented a sanitized, apolitical version of today’s protest movements in a 2017 Kendall Jenner ad. Playing simultaneously on three adjacent monitors, the exhibition is undeniably eerie. It illustrates a fundamental artist’s anxiety to which Gupta has devoted much thought.

“My nightmare is to have my work used in a way that violates my political values,” she said. Gupta brought up examples of high-profile artists attempting to “reclaim control” over misappropriated works, including Richard Prince’s decision to disown his portrait of Ivanka Trump.

“These attempts are so feeble, so futile,” she said. “No one gives a fuck anymore.” Artists can only watch as capitalism twists their creations beyond their control.

Along the way, Gupta has wrestled with the question of where art fits into the broader political struggle to make the world a better place.

Gupta’s organizing background has taught her to think in terms of “very concrete, tangible things that we can achieve.” And so the idea of art as activism raises difficult questions: “Can art do any of those things? What is the role of art in the legal process? Is it irresponsible for someone to consider themselves an activist [if] they’re only making art?”

Her answer, or “working thesis” as she put it, comes from her reading of Herbert Marcuse: Art can alter the parameters of human imagination, making people more prepared to be politically active.

This year, she participated in the Smart Scholars Program, researching the work of American conceptual artist Adrian Piper. Among other things, Piper is known for her confrontational anti-racist street performances. Gupta greatly admires Piper’s work and her bravery, but differs in her understanding of the goals of political art. While Piper frequently dealt with politics in terms of abstractions, Gupta prefers to deal with societal problems head-on.

As part of her final presentation at the Smart Museum, Gupta created a series of GIFs that incorporated photos, news clippings, and animated clip art to confront the issues of the University’s political microclimate, like the UCPD’s record of racial profiling in the surrounding neighborhoods.

Internet-based media provide a solution to Gupta’s fear of misappropriation. Since they can be made freely available online, digital works of art can never be hoarded by the powerful.

Although she has yet to use it in a show, one of Gupta’s favorite of the artistic ideas she has come up with consists of a toy Elmo doll riding atop an off-brand Roomba, equipped with a speaker. She gets a kick out of the idea of gallery attendees being confronted by the odd little contraption as they wander around looking at art.

It also offers an opportunity to explore the interplay between the tangible and the mimetic, “piecing together this human experience using these symbols that we only know about from, or that we have only reckoned with, in this digital way.”

The bizarre idea captures Gupta’s sensitivity to the little absurdities inherent to life in the Internet age, her sense of humor, and her commitment to breaking down the barriers between “high” and “low” art.

She told a story about another classmate who asked about one of her works, “Is there a reason why that circle isn’t a perfect circle?”

Gupta has no formal artistic training and has no time for such questions. “Hating the art world and fine art and high art” is a pillar of her artistic philosophy. She cited the works produced through San Francisco nonprofit Creativity Explored, which gives artists with developmental disabilities the means to create and share artwork, as an example of art that manages to be powerful without perfect craft.

This summer, Gupta plans to participate in a residency at the Chicago Artists Coalition before heading home to San Francisco. She is considering continuing her education with either an MFA or a Masters in Urban Planning.

In the long term, she’s setting her sights high.

“I want to be a famous artist,” she said. Whether or not she succeeds, however, she plans to remain artistically and politically active.