Paradise Lost and Found Again, Together 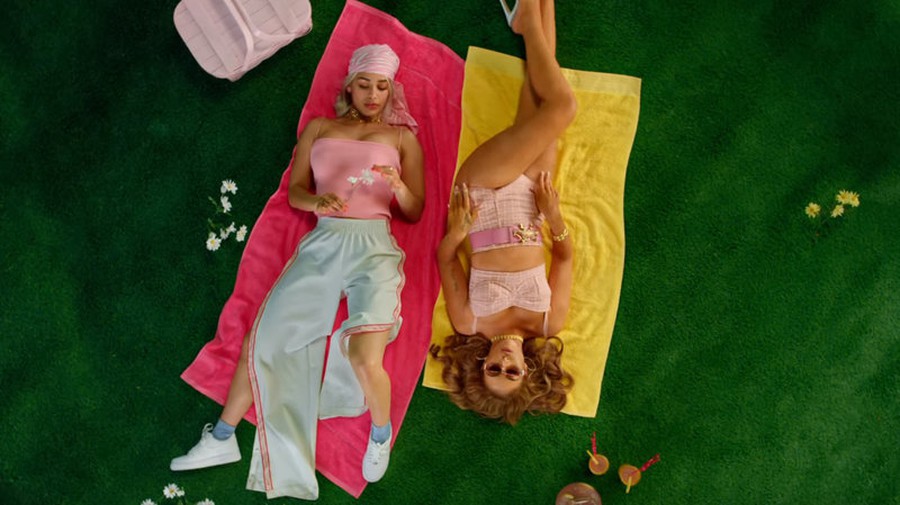 Kali Uchis (right) and Jorja Smith (left) in the music video for their song, "Tyrant".

Last Tuesday, Jorja Smith and Kali Uchis performed at the Aragon Ballroom in Uptown. The venue is absolutely gorgeous, with a cathedral-like interior and a ceiling painted to mimic the cosmos. Smith and Uchis are a natural pairing for a joint tour; their powerful voices combine with their commanding and dynamic stage presence.

Uchis, a Colombian-American singer, first gained popularity last year following the release of her debut album Isolation, which garnered immense critical praise and landed on multiple lists of the year’s best albums. Before that, she had collaborated with Gorillaz and Major Lazer, and with Tyler, the Creator on her debut EP, Por Vida. Smith, a 21-year-old singer from the U.K., released her debut album, Lost & Found, last year.

I had heard of both artists ahead of time but was surprised by the passion that fans brought to the event, emphatically singing along to nearly every song—even Uchis’s all-Spanish “Nuestro Planeta”—to the point that it was sometimes all I could hear. The sheer level of fan excitement exceeded that of other concerts I’ve been to recently.

Smith opened the show and seemed totally comfortable in her role as a dazzling, pink-clad idol. There were moments when Smith was partially drowned out by the instrumentation on her more upbeat songs, though the crowd didn’t seem to mind. For my part, not knowing the songs by heart, she shone brightest on the slower numbers that centered the emotive power of her voice, allowing me to actually make out her lyrics.

Highlights included “Blue Lights,” Smith’s haunting portrayal of police brutality and racial profiling, which showcased her knack for emotive storytelling, and “Goodbyes,” a moody ballad with faint echoes of the Fugees’ “Killing Me Softly.” Sung amid wisps of pink-lit fog, “Goodbyes” showed Smith’s immense capacity for emotional depth. Sliding into her falsetto on the chorus, she sold the song’s story of inevitable heartbreak and loss flawlessly.

Uchis then emerged atop a raised platform to start her set, silhouetted in a haze of fog, while the crowd energetically chanted her name.

Like Smith, Uchis radiates charisma and confidence on stage in a way that seems pretty much effortless. Her song “Your Teeth in My Neck,” which exposes the exploitative vampirism of the music industry and society at large despite its upbeat tempo and bubbly instrumentation, garnered the most enthusiastic audience reaction. The hands went up and stayed there.

Uchis’s music has always been difficult to pin down to a single style. Isolation incorporates jazz, reggaeton, funk, and R & B, and her live performance traversed a variety of such genres. Her set even included a dreamy, downbeat cover of Radiohead’s “Creep.” The delightfully funky Tyler, the Creator collaboration “After the Storm” was another big hit with the audience.

While Smith is at her best when excavating the emotional depths of love and loss, Uchis’s greatest strength is the sweetly sardonic tone she strikes in songs like “Ridin Round,” the strongest track off *Por Vida*, in which she manages to be playful yet powerful, flirtatious yet fierce.

Uchis edges out Smith as the more unique of the duo. There’s no one making music right now who sounds quite like her. After experiencing her music live, I’m eager to see what she comes out with next.

Smith joined Uchis on stage for the last couple of songs, and the pair ended the night with “Tyrant,” their collaboration track from Isolation. It’s an infectiously catchy song, and highlights the onstage chemistry that the two singers share. I continued to hear snatches of the chorus from some of my fellow concertgoers as I filed out of the venue, and again as I waited for the train.