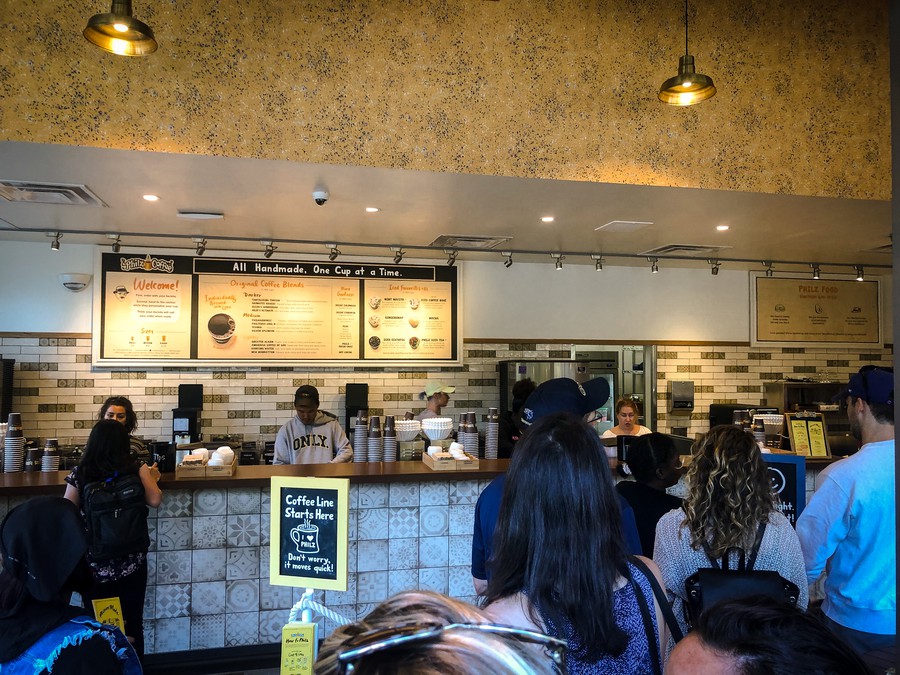 Inside of Philz Coffee on soft opening day

San Francisco–based Philz Coffee opened its doors on East 53rd Street and South Blackstone Avenue on Sunday. In late June the company opened their first Chicago-area location in Wicker Park, and it plans to open stores in Lincoln Park and Evanston later this year.

The store hosted soft openings on Wednesday and Thursday. The store had shortened hours and offered free drinks to community members, allowing employees to have test runs before the store’s official opening. On Thursday, the store was full, with a line out the door within five minutes of opening.

On the West Coast, “everyone is super relaxed, and people in Chicago, I think, tend to be a little more fast-paced,” Cleary said. “In Chicago, everyone wants what they want very quickly, and I think Philz is going to help them slow down.”

Philz differs from typical coffee shops by giving customers direct interaction with their barista before reaching the register. The company reverses the standard register, pay, and pick-up process by directing traffic to the first open barista before a customer pays for their order. Each barista station functions as a full service bar, allowing customers to meet and order from the barista making their drink. 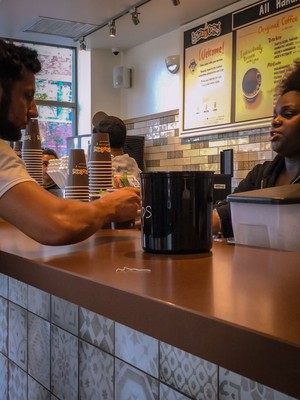 After ordering, customers make their way to the register, where they may purchase food and pay for their drinks. “Then, someone is going to call your beverage. Once you get up to the counter, they’re going to ask you to take a sip of your beverage to make sure it’s perfect, and then that’s us bettering your day,” Cleary said.

The Hyde Park store has indoor and outdoor seating, as well as community tables for groups to meet or work together.

When asked how Philz stands out from its competitors in the coffee industry, Cleary said, “Starbucks may be able to pump out a lot of product, but maybe they’re missing that connection. What matters the most to us [is] the people aspect of it.”