A History of Resistance: Politics and Activism on Campus 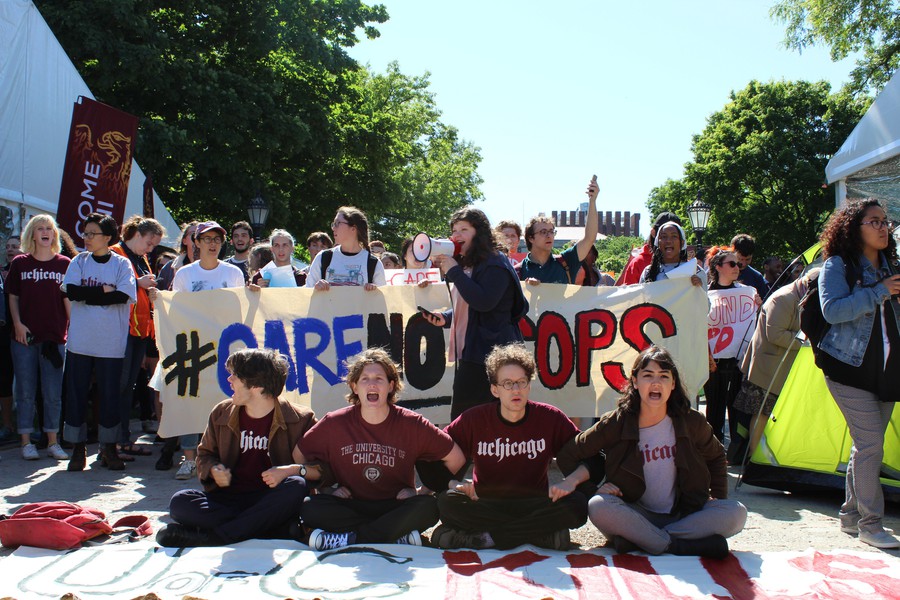 Members of CareNotCops protest in June 2018.

The quad appeared somewhat unrecognizable during finals week last quarter. Juxtaposed to the green idyll of a manicured, springtime UChicago were picket lines encircling each ivy-clad building. Graduate Students United (GSU) held a week-long labor action last June as part of their ongoing effort to gain recognition from the administration, and dozens of undergraduates skipped class to join the lines in solidarity. The activist display garnered national attention, and while visually striking, wasn’t wholly unusual; it was a particularly clear instance of the political engagement that is a prevalent aspect of life at UChicago.

A key orchestrator of undergraduate support for the rally was UChicago Student Action (UCSA), a progressive organization founded in 2004. UCSA fights for economic, environmental, and social justice through campaigns like Fair Budget UChicago (FBU). FBU has advocated for improved mental healthcare for UChicago students, demanding the administration to hire more counselors trained in LGBTQ+ sensitivity, and shorten wait times for counseling appointments. A more recent addition to UChicago’s activist scene is IfNotNow UChicago, a group of Jewish students organizing against the Israeli occupation in Palestine and urging Jewish Americans to cut ties with the Birthright foundation. The group held teach-ins and rallies on campus, and some members joined the national IfNotNow demonstration in front of Birthright headquarters in New York last April.

Members of both organizations actively bring discordant, domestic policy debate to campus. In May, former College Republicans President and College Council (CC) member Brett Barbin presented a bill to CC that would have prohibited the use of student life fees, a mandatory cost for all University students, to fund abortions. The move was met with vehement opposition and ultimately failed. Members of UCDems, College Republicans, and Phoenix Survivors Alliance (PSA) were among those who attended the assembly where the bill was proposed, representing UChicago’s wide political spectrum and quintessential dedication to rigorous discourse.

Perhaps the most renowned of all UChicago political organizations is the non-partisan Institute of Politics (IOP), founded by David Axelrod, former campaign strategist and senior adviser for President Barack Obama. Housed under IOP are initiatives such as Leaders of Color, dedicated to promoting on-campus leadership roles for students of color; The Gate, a political journalism publication; and several fellowship and internship opportunities such as the Iowa Project.

Boasting a plethora of avenues for student civic engagement, UChicago is a microcosm of an energized U.S. political climate. And with 2020 presidential primaries just months away, this school year will undoubtedly be marked by vigorous political action and debate. 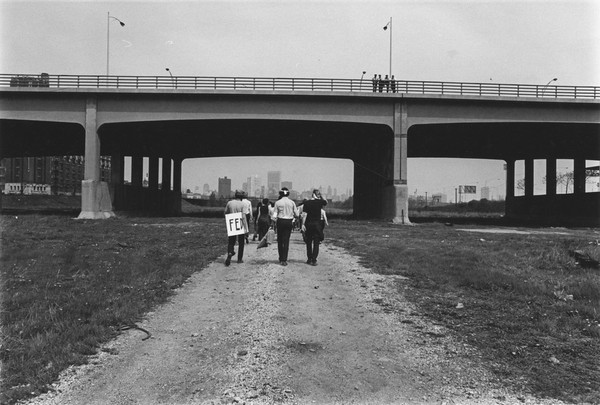 Protesters march towards downtown Chicago to join a demonstration against the Vietnam War. Undated.