The Names to Know at Your Oscars Party This Year 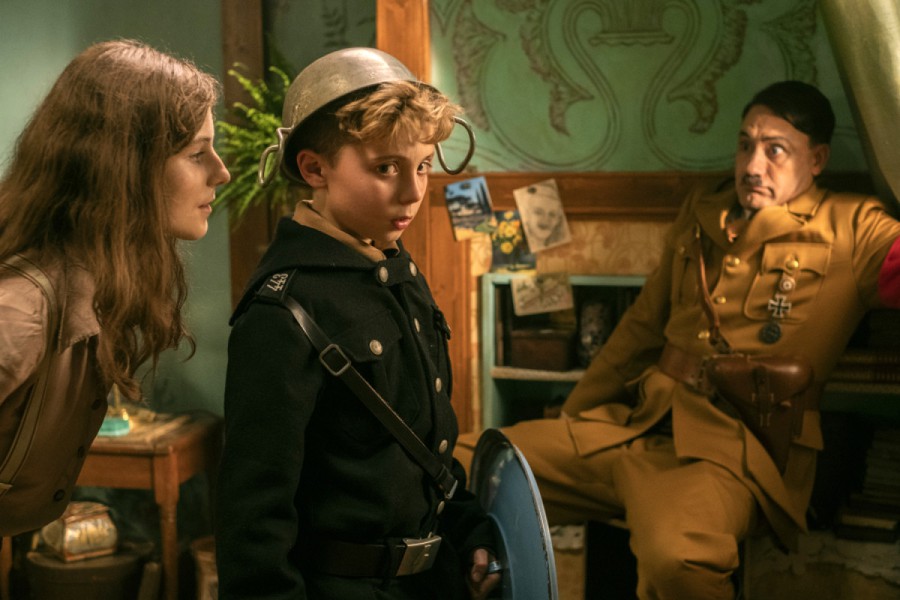 It’s that time of year again: deep in the heart of January, when we’re all too cold to go out to the movies, we instead stay home and watch awards shows about movies. The 2020 Oscar nominations have just been announced—which films are up for Best Picture?

Remember when Black Panther’s Best Picture nomination signalled a watershed moment for comic book adaptations? Fast forward a year to Joker, an origin story for the quintessential Batman villain and antithesis to Black Panther’s #wokeness. Controversy hasn’t hindered its acclaim or momentum since winning the Golden Lion at the Venice Film Festival, and it leads the pack with 11 nominations at the Oscars this year.

Joaquin Phoenix’s masterful performance as clown-for-hire-turned-deranged-killer seems to be one point both Joker’s critics and supporters agree on, earning Phoenix a nomination for Best Actor. Joker was also nominated for Best Director, Adapted Screenplay, Cinematography, and Film Editing, among other awards.

One of three films this year to receive 10 nominations, Sam Mendes’s World War I epic 1917 has been receiving praise for its harrowing direction, cinematography, and realism. Released late last year, 1917 has been picking up awards left and right, Best Motion Picture – Drama and Best Director at the Golden Globes.

1917 is an action drama about war that looks really, really cool. A tribute to Mendes’s grandfather, who fought in WWI, the film is edited to appear as if it was shot in one continuous take. Its cast includes stars Benedict Cumberbatch and Colin Firth among more up-and-coming talent such as George MacKay and Dean-Charles Chapman. 1917 is nominated for Best Director, Original Screenplay and pretty much all the design and sound Oscars.

Mafia! Martin Scorsese! More than three hours long! Starring Robert De Niro, Al Pacino and Joe Pesci (Pacino and Pesci both have nominations for Best Supporting Actor), The Irishman is solid Scorsese fare. It features crime, Catholic guilt and redemption; it makes people cry, is critically acclaimed, and has a bloated runtime that’s justifiable because it’s Scorsese (at three and a half hours, it’s just shorter than Frozen and Frozen 2 combined).

The Irishman is also nominated for Best Director, Adapted Screenplay, Cinematography, and more. Its 10 nominations are part of Netflix’s whopping 24, the most of any studio this year. The real test will be whether the streaming giant can convert their nominations into statuettes.

The Irishman will be playing at Doc Films on February 1 and 2.

Once Upon a Time in Hollywood

Rounding off the films with double-digit nominations is Quentin Tarantino’s Once Upon a Time in Hollywood. Leonardo DiCaprio and Brad Pitt (nominated for Best Actor and Best Supporting Actor respectively) play an aging actor and his stunt double as they attempt to navigate a changing film industry. Its other nominations include Best Director, Cinematography, and Production Design.

Once Upon a Time in Hollywood is a Hollywood executive’s wet dream. A movie capturing the supposed golden ages of late 1960s Hollywood, featuring a star-studded cast including the aforementioned DiCaprio and Pitt, Margot Robbie (also nominated for Best Supporting Actress for her role in Bombshell), and Al Pacino, and directed by the ever-creative and foot-obsessed Tarantino. It’s a movie made by Hollywood, about Hollywood, for Hollywood. And it’s pretty dang good.

Parasite begins with a poor family trying to scam their way into employment. Then it morphs beyond anything you might anticipate. Its journey through the awards circuit and public eye has been equally extraordinary; after being awarded the Palme d’Or at the Cannes Film Festival, it’s now South Korea’s first nomination for Best International Feature, Best Director (Bong Joon-ho) and Best Picture.

Last year’s Roma broke new ground for foreign language films at the Oscars. Parasite looks to do the same, receiving additional nods for Editing, Production Design, and Original Screenplay for a total of six nominations. Bong’s nomination for Best Director also prevents the category from being an all-white dick fest, although the film’s amazing ensemble cast has yet to receive similar accolades. A tightly directed and insightful look at social inequality, Parasite is a wild ride from start to finish.

Parasite will be playing at Doc Films on February 22 and 23.

Every generation has their definitive Little Women. For some it’s the 1933 film starring Katharine Hepburn, others the 1994 version starring Winona Ryder. Now, director Greta Gerwig (@TheAcademy, female directors do exist) tries her hand at adapting Louisa May Alcott’s classic novel, using a nonlinear narrative to put the familiar tale under a new lens. The result is a movie which feels innovative yet no less beloved: a story about growing up, ambition, and the compromises you make when you’re not the youngest child.

The second of Netflix’s two nominations for Best Picture, Marriage Story is an intimate unraveling of divorce and its effects on family. It has achieved critical acclaim, especially for director Noah Baumbach’s screenplay, based on his own divorce, and has been nominated for Original Screenplay.

The story’s devastating impact is also driven by strong performances from its two leads, Adam Driver and Scarlett Johansson (Kylo Ren shows more chemistry with Black Widow than he ever did with Rey). Their portrayal of a couple in the midst of divorce has earned them nominations for Best Actor and Best Actress respectively. Laura Dern’s role as a divorce lawyer unafraid to play dirty has earned her similar praise and a nomination for Best Supporting Actress. Marriage Story also earned a nomination for Original Score.

Marriage Story will be playing at Doc Films on February 8 and 9.

A Hitler Youth member finds a Jewish girl in his attic and argues with his imaginary friend Hitler. Weirder things have happened in cinema, but rarely have they worked this well. Taika Waititi, fresh off the mainstream success of Thor: Ragnarok, returns to the big screen with Jojo Rabbit, a wacky and brilliant satire set in Nazi Germany. As director, producer, screenwriter, and actor, Waititi keeps Jojo Rabbit hilarious while still questioning the nature of prejudice and hatred.

Ford v Ferrari has earned praise for Bale and Damon’s performances and for its racing sequences. Its other three nominations are in Film Editing, Sound Editing, and Sound Mixing.