Against the Traditional Study Break

Time away from academics should be more than just a brief hiatus from our work; we should promote relaxation, fun, and even boredom. 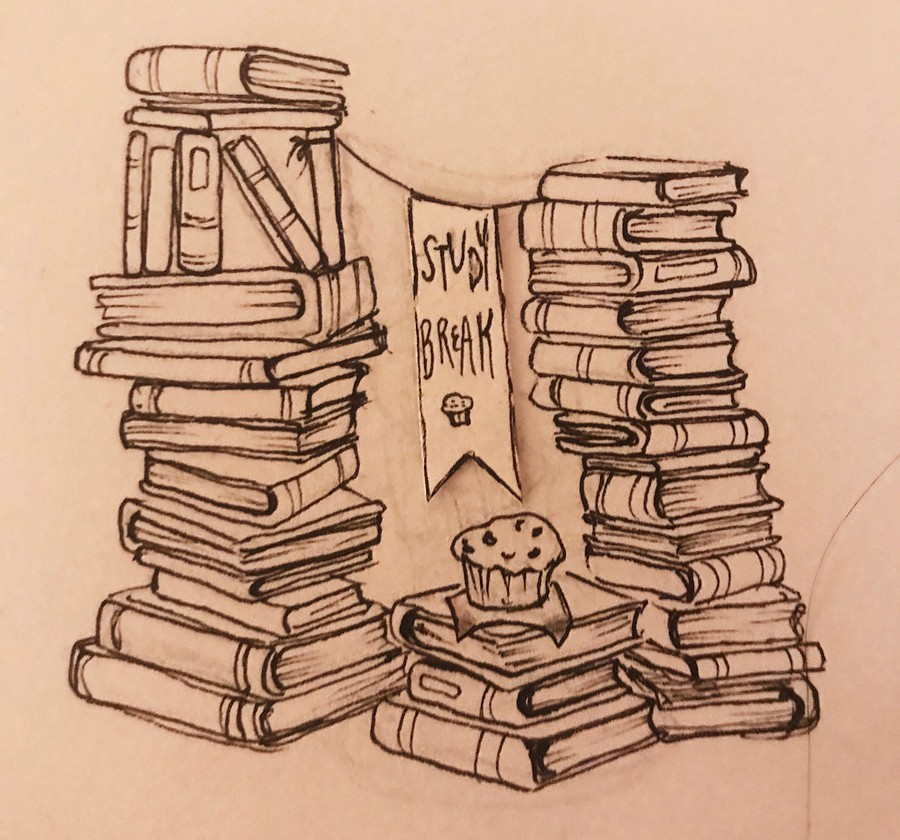 Toward the end of last quarter, I was walking out of a solid meal at Cathey with my friend Ashley, and we began discussing our houses’ study breaks. What was initially an innocent conversation between friends soon became a more thorough investigation.

Study breaks at UChicago are either house-organized or club-organized meetings, intended as nonacademic environments for students to step away from classwork and share food with peers. They’re supposed to be a reprieve from course loads and academic jargon, and a space to talk with your RAs and RHs if needed.

But the very concept of study breaks, and the ways in which we define and organize them, is problematic. Treating every single get-together, every single relaxed moment away from work as a break from studying is unrealistic, but more importantly, it’s an unhealthy way for us to go about being students and young adults. We need to reform the way we think about taking time away from our schoolwork; we should not think of it as a pause, but as rest for the sake of resting.

The study breaks that I’ve experienced have actually been quite enjoyable. My house, Hoover, hosts some of the most renowned study breaks on campus. Our RHs, Sam and Chris, are always available to chat and genuinely want to catch up on everyone’s lives. My RAs, James (maybe UChicago’s true MasterChef) and Ellie, bring or make some of the best food I’ve had anywhere on campus. I get to see housemates I otherwise rarely run into and check in on how they’re doing. On the club side, I’ve enjoyed going to a few African and Caribbean Student Association study breaks and chatting with friends I don’t see frequently while chowing down on great snacks.

Yet, one can both enjoy study breaks and simultaneously see the downsides of calling every single period we’re not working a study break. When we characterize every hour of our lives as “study time” or “study break,” it not only makes it more difficult to take the necessary time off that our brains need, but it compels us to have an unhealthy relationship with classwork. I know that even during my first quarter, I often neglected rest, only taking substantial, necessary breaks if there was a Facebook notification telling me to come away from work to get food.

I developed detrimental study habits during my first few weeks here. I wouldn’t take breaks, even when I knew I was burning out, and it hurt my ability to be the student I knew I could be. I slowly began to think of my time as solely studying and not studying. And yes, I know we’re at UChicago and came here to work harder than almost anywhere else, but we’re also human beings. More specifically, we are young adults, living almost exclusively among people of our age, in one of the greatest cities in the world. Living life on our own terms should be the norm.

A simple step can go a long way. Why not stray away from framing every single get-together and nonacademic activity as a “study break”? Houses should, of course, continue their weekly or biweekly traditions, and the community space that is intrinsic to the house system helps make UChicago the place it is. But we should encourage people to take time and dedicate it to boredom, to enjoyment, to doing anything for the sake of just doing it, not just to recharge to do more work. What good is it to be a student at UChicago if we can’t be healthy enough and well-rested enough to be able to take on this challenge?

Noah Tesfaye is a first-year in the College.