Professors wrote to the President and Provost last month expressing concerns about the central administration's recent move to shrink the size of doctoral programs. 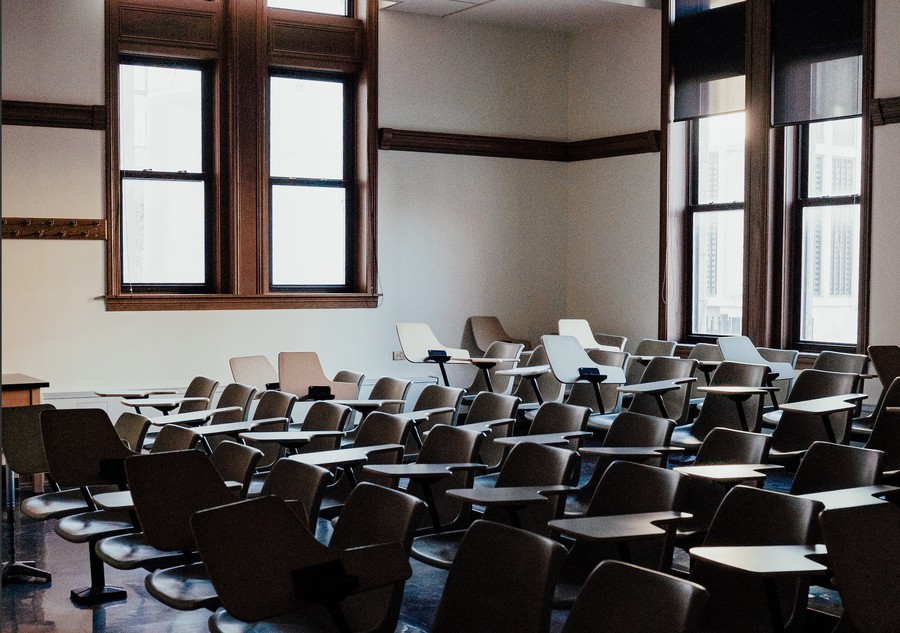 The letter, sent to President Robert Zimmer and Provost Daniel Diermeier and obtained by The Maroon, is the latest unified expression by faculty members of a growing concern that they are being denied input in critical decisions that affect their teaching.

Faculty from across multiple disciplines signed the letter, including legal scholar and philosopher Martha Nussbaum, political theorist John McCormick, and historian Dipesh Chakrabarty. The letter was originally penned by Matthew Boyle, a philosopher who came to the University of Chicago four years ago from Harvard University.

The letter calls the central administration's move, which was announced in October to faculty members along with the rest of the University community in a mass email, “a purely top-down, non-consultative imposition of a comprehensive transformation of the structure and substance of academic life in this university.”

The new model guarantees funding to doctoral students in the Humanities and Social Sciences Divisions, the School of Social Service Administration, and the Divinity School for the duration of their studies. That’s a win for graduate students, but comes with mandatory cuts to the size of Ph.D. programs.

The new cap sizes haven’t been publicly announced. But the letter—whose signatories include six department chairs—says the Humanities Division will shrink from 585 Ph.D. students to 420 by the 2022–23 academic year.

Though it notes that signatories have “diverse views” about the substance of the new model, the letter describes several detrimental consequences that faculty members expect to flow from the changes.

The University’s cuts to graduate program size will create “a lack of qualified teaching assistants for up to half of the slots we have to fill,” the letter says. To fill that gap, departments might have to turn to less qualified instructors, like master’s students and “late-stage undergraduates.”

This move, the letter says, would “involve a great reduction in the quality of a UChicago undergraduate education.”

In a sentence that was removed from the final version sent to Diermeier and Zimmer, but which was included in the version signed by faculty members and sent to The Maroon, professors also suggested that the reduction in quality of teaching assistants seemed to indicate administrators don’t have a high opinion of humanities instructors:

It is hard to imagine how this kind of change could be contemplated except on the assumption that no special competence is required to give instruction in a specific Humanities discipline – that really all these disciplines merely present glorified forms of writing instruction, and so can be taught by anyone with a general college education.

The same low esteem for the humanities is implied by the additional teaching burden that may fall on tenured professors, cramping the ability of the faculty to pursue their own research, the letter says. “Our university would then become, not a broadly excellent research university, but a place where only certain favored disciplines are supported.”

The letter describes a general sense that faculty are being shut out of decision-making in changes that directly affect them.

Although divisional deans knew about the planned changes over the summer, the letter says, they were sworn to secrecy.

“These kinds of methods for introducing a controversial policy are undoubtedly effective, at least in the short term,” the letter says, “but effective though they may be, there remains a question about whether we should want our shared university to function in this way.”

Deans Amanda Woodward, Anne Robertson, David Nirenberg and Deborah Gorman-Smith did not respond to The Maroon's requests for comment. In an email, a University spokesperson wrote, "the priorities that led to the greatly expanded funding model for PhD education have been a subject of faculty discussion for years, most recently through the provost-appointed Committee on Graduate Education, which consisted of faculty members and students. Additional input was gathered through deans as well as faculty members in the office of the Provost."

The letter also contests Diermeier’s April statement that the changes emerged out of “a collaborative process that involved both students and faculty.” This is “simply not true,” the letter says.

The secretive way these changes were introduced is particularly troubling in light of the University’s historical advocacy of collective governance in higher education, the letter says.

In public statements, Zimmer has emphasized the importance of “distributed authority” and “effective channels for faculty input into decisions that shape the academic enterprise.” In a more recent interview with the Financial Times, Zimmer discussed the challenge of motivating faculty to work on ambitious projects.

“Most university work takes place within faculties. You don’t need consensus,” he told the Financial Times. “But you need a group of faculty who want to do something ambitious.”

The letter suggests that the president has been more commander than consensus-builder, explaining that “the way in which these changes were handed down suggests a sense on the part of the administration that, although particular faculty members may be worth consulting, the faculty as a whole is an unruly and unreliable body that must be approached strategically.”

“We believe this attitude is self-fulfilling: to the extent that the faculty feels it has no real part in the formulation of university policy on core academic matters such as the structure of graduate education, its responses to such policies will become more oppositional, less informed by a sense of trade-offs, and so on,” it says in the concluding paragraph.

Boyle, the professor who wrote the letter, serves as the director of graduate admissions in the philosophy department. He told The Maroon in an interview that the aim of the letter was to open a dialogue between administrators and faculty members about the need for consultation, not to take a stance on the substance of the changes.

He said he found out about the change along with most of the University: in the October email from the provost. “It came very unexpectedly, and as a finished change,” he said.

“I was very surprised that such a major and transformative decision had been made—that it had been made without advance consultation of the faculty as a body, and we all immediately started thinking about the consequences.”

The full letter can be read below.

"It was the desire to push out the policy earlier to help alleviate some of the situation,” the new Provost said Thursday.