Director Bernardo Ruiz Talks Autonomy, in the Classroom and on Camera 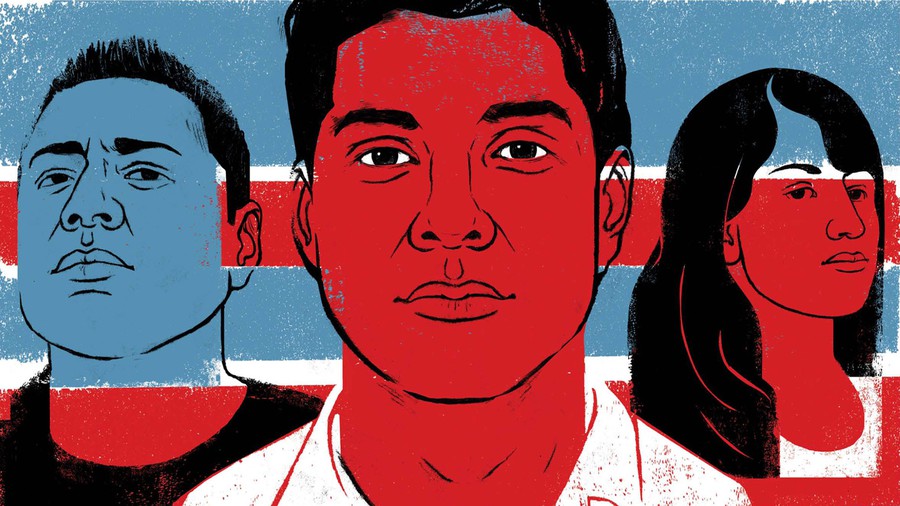 It is no secret that there are deep-seated problems within the American school system. Yet everyone seems to have their own conception of what exactly these problems are, where they come from, and what solving them would look like. Director Bernardo Ruiz takes an approach in his documentary The Graduates/Los Graduados so obvious and effective that viewers are left wondering why it is not more widespread: ask the students. They not only comprise the school system, but they live it.

The film opened the winter 2020 program for Cinema 53, a screening and discussion film series that reflects on pressing social issues. The series is curated by Jacqueline Stewart, and the screenings take place in downtown Hyde Park’s Harper Theater. This quarter’s series is titled “Race and American Schools,” and it focuses on issues at the nexus of race and education, calling into question long-held assumptions about how the American school system treats students of color.

Originally aired on PBS, The Graduates/Los Graduados follows six Latinx students in different public schools across the United States, focusing on how the multifaceted challenges they face intersect with their identity. The film emphasizes that young Latinx people are one of the largest and fastest-growing demographics in the United States, and the quality of their education will have enormous impacts on the nation at large. Through the Latinx lens, the documentary shows intersecting identities interacting with other social issues. The compelling film centers around real, powerful depictions of students experiencing austerity, homelessness, teen pregnancy, gang violence, homophobia, and undocumented status.

The documentary is divided into two sections.  The first half showcases the lives of Darlene, Stephanie, and Chastity. Darlene lives in Tulsa, Oklahoma, and initially dropped out of high school following her pregnancy. The film follows her re-enrollment in an alternative high school as she balances caring for her child, maintains a shaky relationship with her family, and attempts to complete the education to provide a better life for her family. Stephanie is a Chicago Public Schools student who initially finds refuge from the violence in her neighborhood through an after-school peer jury program. When the program is shut down due to lack of funding, she finds an outlet for her activism as a student organizer in support of the Chicago Teachers Union strike in 2012. Stephanie’s story eerily foreshadows Mayor Rahm Emanuel’s mass closing of schools on the South Side in 2013 as the family discusses rumors of closures and viewers hear radio snippets of similar news.  This situates Stephanie’s experience in the broader context of Chicago’s gutting of public schools. Finally, Chastity is a high school senior in the Bronx, whose family has been homeless several times and currently lives in transitional housing. She goes through the college application process unsure about whether her decision to attend college is selfish, and she attempts to square her love and commitment to her family with long-term personal goals.

In the second half, viewers are introduced to Eduardo, Juan, and Gustavo. Eduardo tells the story of his arrest during a brush with gang activity in high school. He narrowly avoided more serious consequences after a college prep organization that he was involved with intervened. Wanting to return the favor, Eduardo returns to his hometown after college and helps at-risk students avoid situations like his own. Juan is the son of a Dominican immigrant mother who struggles with coming out about his sexuality to his family and friends in Lawrence, Massachusetts. Through a choreographed dance routine, he expresses his identity to those around him. Gustavo is a high-performing student in Georgia whose college dreams are blocked by a state law barring undocumented students from enrolling in the state’s University system. He finds a glimmer of hope when he learns about DACA, the federal policy allowing deferred action from deportation for undocumented people brought to the United States as children. Gustavo eventually becomes a public activist for undocumented rights and attends Freedom University, a free, underground university established to provide education for undocumented college hopefuls and help them acquire a four-year degree at an accredited institution. His story, along with the others, was filmed around 2012. Since then, immigration policy has become much more unpredictable, calling into question whether his story would still be possible today, and showing how inextricably connected immigration and education policy are.

After the film, artist and assistan professor at the University Eve Ewing, moderated a discussion with the director. The questions she asked Ruiz were submitted by students in Ewing’s “Race & American Public Schools” class being taught this quarter.

Ewing began the conversation by asking Ruiz what changes he thinks schools should make to more effectively serve Latinx students, pointing out that each of the people in the film are more or less “success stories.” Ruiz responded by emphasizing the “quietly radical idea” of allowing students to “tweak their own environment.” Students are more likely to succeed when they have a say in their own education. This approach mirrors his own espoused approach to the documentary form, letting the participants tell their own stories. Ruiz pushed back against prevailing notions of documentary filmmaking as involving an unequal power dynamic between subject and director. He stated that the most effective approach lends autonomy to the subject, allowing them control over their own history and, by extension, their future.

The next film in the Cinema 53 winter series will be The Homestretch on February 13. Conversation with Eve Ewing and Gina Samuels will follow. The event is free and open to the public.