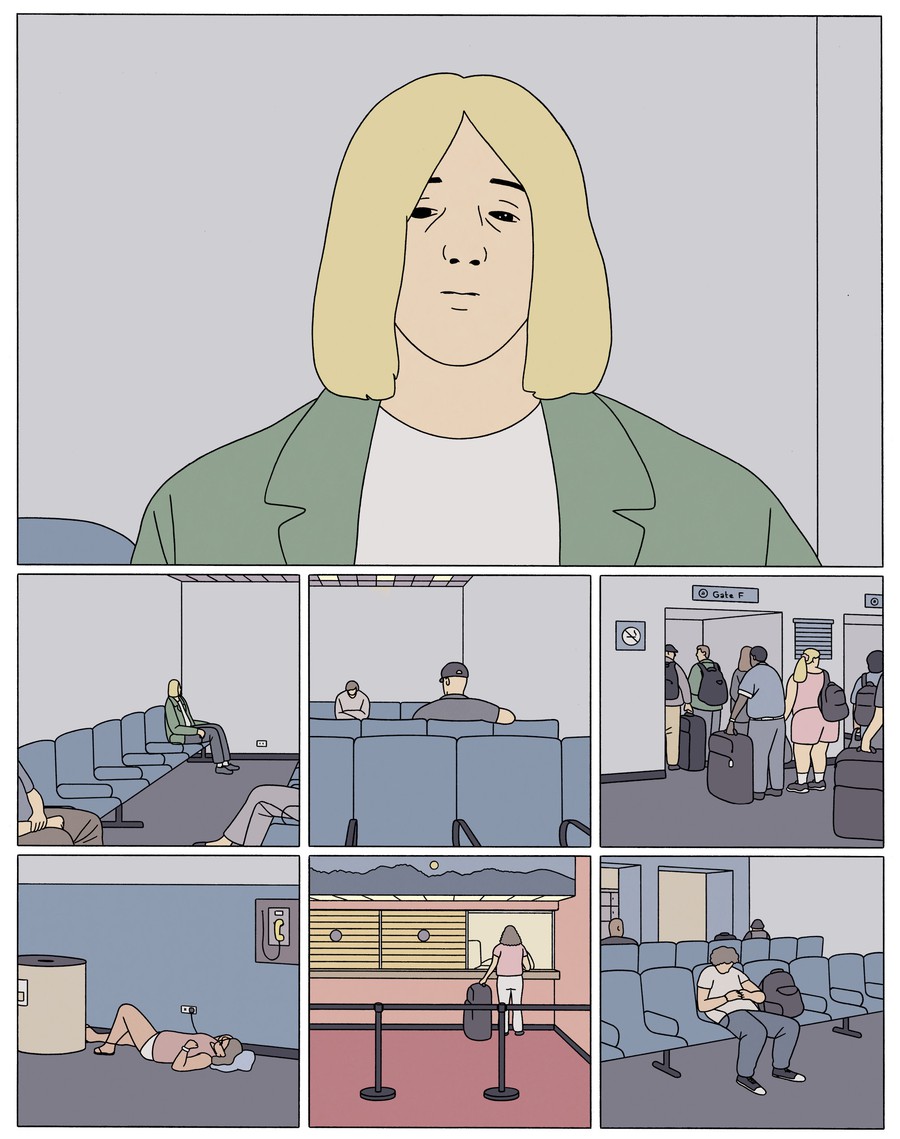 Last Wednesday, the UChicago Program in Creative Writing hosted Chicago cartoonist Nick Drnaso to discuss the evolution of his artistic style from Beverly, his debut short story collection, to Sabrina, the first-ever graphic novel to be longlisted for the Booker Prize for Fiction. As part of the Dedmon lecture series, Drnaso started his afternoon craft talk by discussing the beginnings of his career—his education at Columbia College Chicago and the various janitorial jobs during which he began developing his muted, bleak style. Drnaso said that because novels seemed too daunting at that time, he wrote Beverly as a short story collection, of which he admits portions were heavily autobiographical, and that only over time has he become progressively more comfortable working in fiction.

Though his style is often subdued and pared down, Drnaso’s work is sometimes interrupted by juxtaposing styles. For instance, Sabrina features large panels resembling a Where’s Waldo? book with bright colors and small, crowded, overlapping people. These panels serve not only to break from Sabrina’s heavy storyline but also build character and themes, as one of the main characters suffers a loss that leaves him unequipped to deal with the adult world. Drnaso is intentional in structuring his scenes this way. He makes a script, similar to a screenplay, which more or less lays out the sequence of events. Beginning with only the panels, he said, is much more restrictive, and the script allows him to understand what actually happens in each scene before he moves on to the visual stage.

In both lectures, Drnaso used a PowerPoint presentation to explain the way he creates visuals.

“Most of the comics is drawing the same thing over and over,” he said as he flipped from slide to slide. On the left were photos he had taken: Chicago streets, stairways, storefronts, house exteriors, bedrooms, garages; on the right, his own illustrations of them. These pictures serve as reference points for color, scale, and size, through which he begins to shape the tone of the story. Drnaso tells stories primarily through visuals and dialogue. Though at first he tried using text to narrate scenes, something about it felt unnatural, so he favored expressing an ambiguity through visuals.

Drnaso also emphasized the importance of space in his work—how it’s often intuitive for him to look at a finished page and know when one of the panels is too large in proportion to the others. He described imagining spaces as “labyrinths,” for the photos he takes help him illustrate the idiosyncrasies of the spaces. His methods for scavenging images to draw are numerous: some he takes from his own life or neighborhood, and others from Google Maps, Flickr accounts, or film location scout photos. And for interiors, he looks to old Sears and home renovation catalogues. He even goes antiquing in remote towns. He uses old yearbooks for naming characters, finding new haircuts, awkward smiles, and so on.

Perhaps most striking was the way Drnaso talked about his own work. To him, finally throwing out his old journals and scribblings from college was “cathartic,” because “there wasn’t anything good in there anyways.” He couldn’t bear to reread Beverly for the craft talk. He delayed Sabrina’s publication, fearing his story would only add negativity to the world. However, despite his self-criticism, Drnaso made it clear that making comics is what he loves to do, even if the result is never as satisfying as the process of creating them. In the midst of his work, he said, his characters feel “alive,” and he immerses himself in the world he has created, locating his characters in the real spaces he has fictionalized. And once he has finished, the story “ends” for him, as it becomes the readers’ turn to inhabit the specific and peculiar reality of his stories.