Fire on 55th and Blackstone 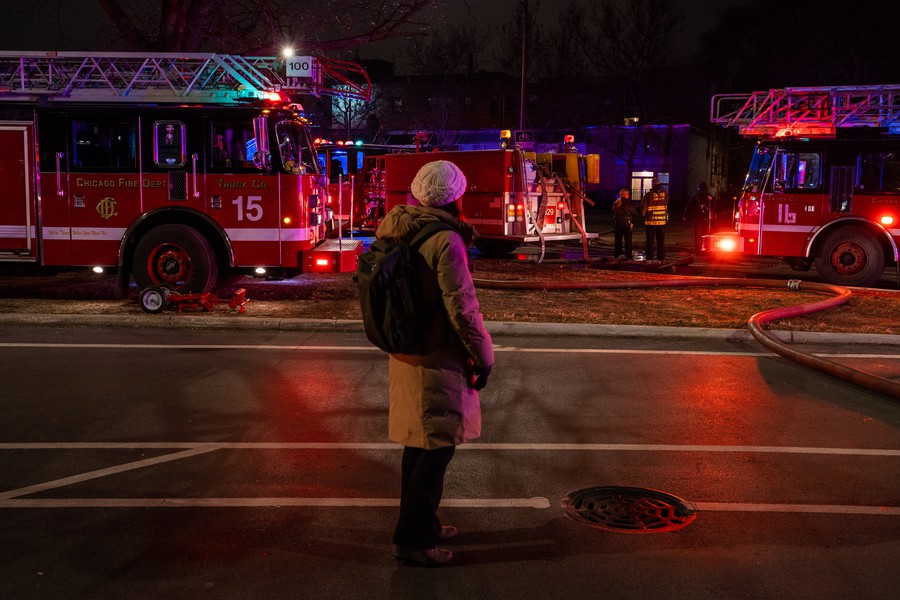 A fire broke out at 1456 East 55th Street early this evening. Chicago fire department spokesperson Larry Langford confirmed the blaze and said it was a still and box alarm fire, meaning that the fire department ended up sending around double the usual resources to put out the fire.

The house’s owners left the scene, but a family friend told The Maroon that nobody was hurt. The house sustained significant damage, with furniture burned and brought outside. One wall is almost completely missing. It is not clear what sparked the blaze, which produced clouds of black smoke that billowed toward Lake Park Avenue at around 5:45 p.m. on Tuesday night.

As of 6:05 p.m., Langford had not received a report on any injuries. In a message to the Maroon late Tuesday night, he said that the fire appeared to have begun in the rear of the building.

The blaze produced clouds of smoke that billowed toward Lake Park Ave at around 5:45 p.m. pic.twitter.com/OzLec4GqD4

This article originally misstated the meaning of a still and box alarm fire. This term indicates that the fire was much larger than average, and that the fire department found it necessary to send twice the usual amount of equipment to put it out, not that they were alerted to a fire by somebody pulling an alarm.