Sarah Gad draws on personal experiences with the criminal justice system in her bid for the democratic nomination. 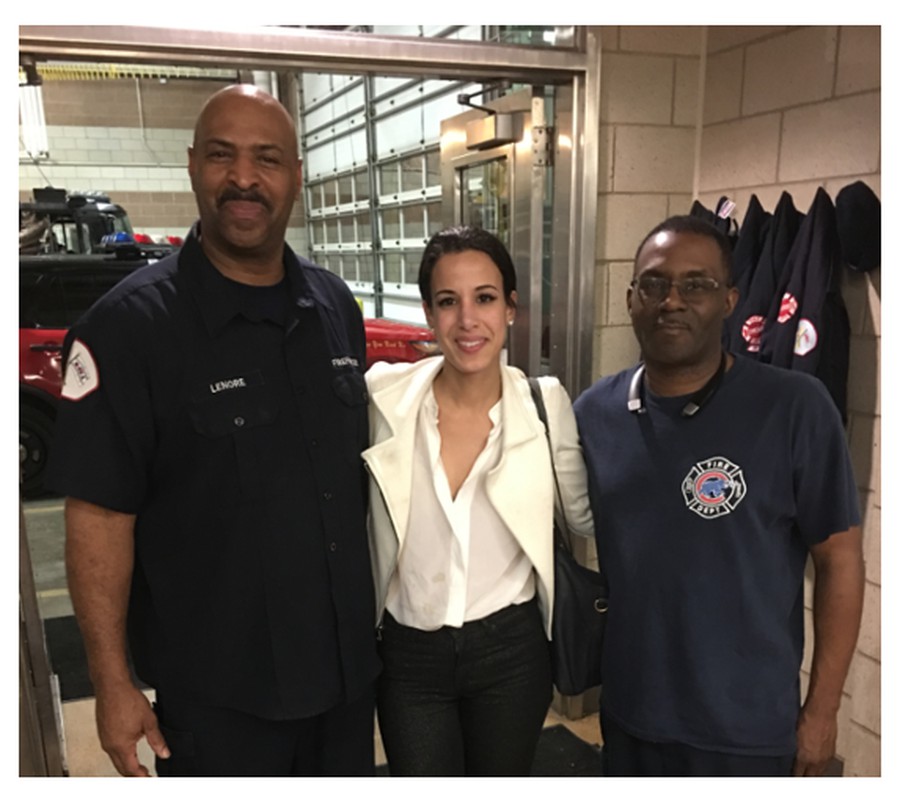 Sarah Gad, a third-year UChicago law student, launched a campaign in Illinois’s first congressional district against a longtime incumbent Representative Bobby Rush. Her campaign will focus on criminal justice reform, drawing from her personal experience as a formerly incarcerated individual.

Rush has occupied the congressional seat of Illinois’s first district since 1993, which includes the University and several South-Side communities, and stretches to the Chicago suburbs. Rush is a civil rights activist from Woodlawn who founded the Black Panther party in Illinois, and defeated former president Barack Obama in 2000 when Obama challenged Rush.

“I would not be contesting a 27-year incumbent if there wasn’t a need for it. The community has asked me to because I understand the issues that are affecting our district from both sides of the aisle, I have personal experience with every issue that I am advocating for,” Gad said in an interview with The Maroon.

During her third year of medical school before starting law school, Gad was in a car accident  that she describes as life-altering. In her view, being liberally prescribed opioids while being treated for her injuries began an addiction that led to her arrest for writing herself illegal prescriptions. Gad was thrown into maximum-security detention for her nonviolent drug offense at Cook County Jail.

Gad says she is uniquely equipped to call out and solve problems in the criminal justice system because she experienced sexual assault, racial discrimination, and solitary confinement while in prison. She credits this experience as giving her the determination to take on a forceful incumbent.

“After you experience something like that it instills in you the fire, the vigor that’s going to make you really advocate for that passionately to the extent that it needs to be,” Gad said.

In her campaign, Gad is pushing to end discrimination against formerly incarcerated individuals. After being released from prison, Gad said she felt treated like a second-class citizen as she struggled to find a job and housing.

“The system imposes so many collateral consequences that just continue to punish you after you paid your debt to society,” Gad said.

Gad said her interest and work in criminal justice reform began after working with a lawyer who sued the Cook County Jail on her behalf. “I realized the only way that I am going to be able to overcome this trauma of what happened to me in this jail was to incorporate it into my life in a meaningful way,” Gad said.

As a law student, Gad has examined research on drug addiction in prisons and started a nonprofit called Addiction to Action that works with correctional facilities to provide medication to fight drug addiction among inmates.

In her second year of law school, Gad was invited to work in Washington, D.C., for the legislative affairs division of the Drug Policy Alliance, a nonprofit organization that advocates for changes to U.S. drug policies. This experience—and especially seeing representatives struggle to answer questions about the opioid crisis—led Gad to run for elected office.

“It was just mortifying to me that our senior-most members of Congress are drafting a response to the deadliest public health crisis in modern history and don’t even know basic facts about where the drugs are coming from,” Gad said.

Gad has criticized Rush for missing votes in Congress and voting for the Violent Crime Control and Law Enforcement Act of 1994, which she says harmed communities in the first district.

In addition to criminal justice reform, Gad pushes including instituting Pell Grants in state and federal prisons so that inmates can receive an education to aid in their rehabilitation back to society. Gad also hopes to tackle the opioid crisis through an approach that focuses on rehabilitation and medical solutions to drug addiction.

Gad advocates for a variety of other reforms, including increasing teacher pay, greater access to affordable housing, fighting against climate change, and implementing policies to reduce gun violence.

“People’s lives, their liberty, is on the line and we need somebody who is going to get in there and actually act aggressively and act on these issues. And somebody who understands them on a human level, on a personal level,” Gad said.

Gad hopes to draw on her medical-school experiences to make changes to the current health-care system. While advocating for public universal health care, she criticized existing proposals.

“I believe that we need to give everybody health care, but I don’t think Medicare for All is going to be as easy as people make it seem.” Gad said. “If we go about it in the way that [politicians] are talking about it right now, it’s just going to bankrupt hospitals and drive doctors into cash-only concierge services.”

Gad believes many health-care problems can be solved through preventative measures and primary care physicians. “We are really going to have to up our game as far as preventative health care goes if we really want to make Medicare for All work,” Gad said.

As her campaign largely draws on her experiences at UChicago and as a Woodlawn resident, Gad acknowledges that she is still getting to know the suburban communities in the district. She has been campaigning in suburban communities on issues including pensions, the opioid crisis, and affordable housing.

“My hope is a strong, unified first district that is working, welcoming, and forgiving—where everyone has a chance, and a second one if they need it,” Gad said.