Unintentionally ahead of their time, second-year Ryan Choi and his friends formed a creative spin on the classic party game Mafia, which adds new roles, spans weeks, and brings the UChicago community together in times of isolation. 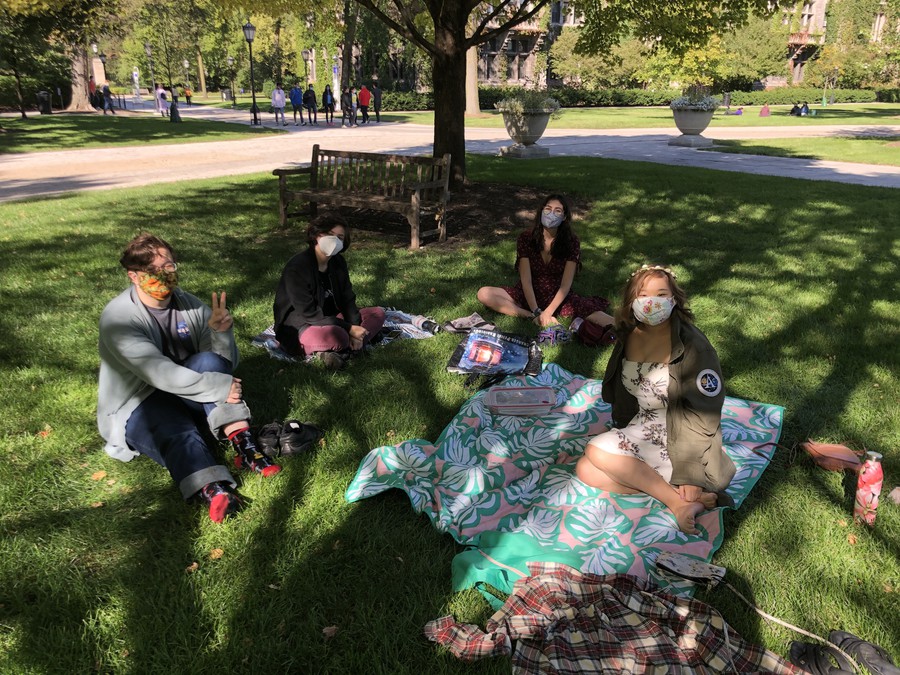 Betraying your friends has become very popular as of late, especially with the advent of online games like Among Us and Town of Salem. But, before these games worked their way into the mainstream, there was the classic party game Mafia.

The premise is straightforward: everyone sits in a circle as members of a “town” except one player, who acts as “God”—the storyteller of the round. While the town members close their eyes to “sleep” for the night, the God selects players to fill a few key roles: Mafia, Angel, and Detective. Each “night,” the Mafia selects a town member to “kill” and the Angel chooses one to “save.” When everyone reawakens in the daytime, the God announces the death, and the “Detective” accuses someone of being the Mafia. If the Detective selects correctly, the town wins. If the Mafia manages to “kill” the whole town, the Mafia wins.

Though most players are traditionally on the younger side, Mafia is a fun game to play for all ages. But how do you play when you and your friends aren’t physically in the same space? Enter UChicago second year Ryan Choi, who posed a simple question in the Class of 2023 Facebook group the June before his first year: “Would anyone be down to play Mafia over [Facebook Messenger]?”

Of course, the game works a little differently over Messenger. “Day” and “night” are synced with real-life day and night, meaning games can last for a week or longer. Choi also added more roles (many lovingly lifted from Town of Salem) to heighten both its complexity and entertainment value, like the town’s Lookout, Escort, and Vigilante, and the Mafia’s Consigliere, Blackmailer, and Disguiser. He also included a new faction of neutral roles, like the Jester and the Plaguebearer (an oddly prescient character).

“I [had] played with my high school friends a few times earlier in the summer,” Choi explained to The MAROON. “I thought it would be a fun activity for first-years to get to know each other before arriving on campus.”

Choi was right. Over the course of summer 2019, a group of about 30 members of the Class of 2023 got very good at lying, betrayal, and deception, while also building long-lasting friendships spanning the globe. 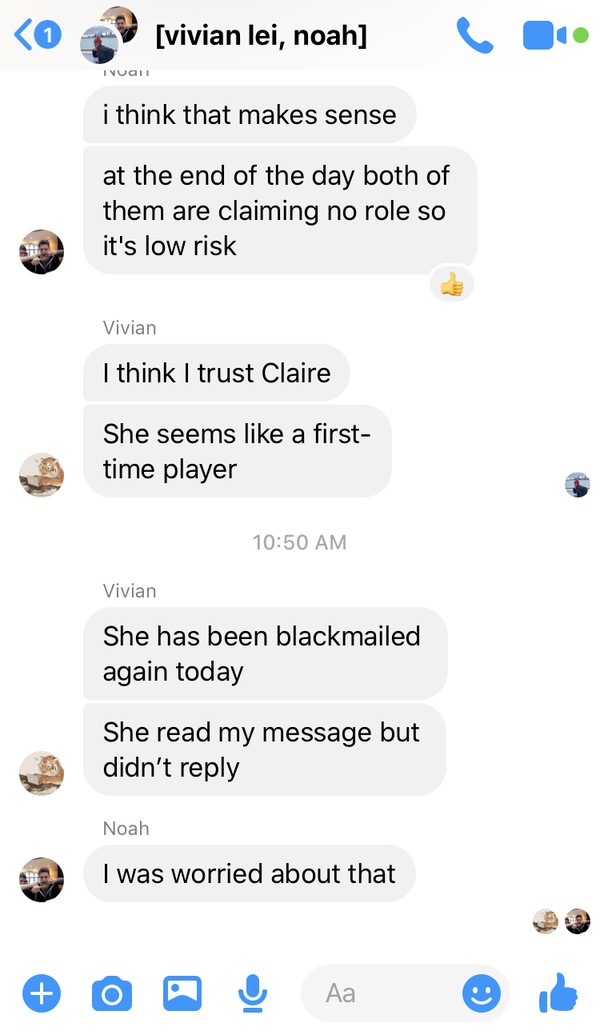 The most powerful thing about UChicago Mafia has been its incredible ability to facilitate connection and community building, particularly in a time of constant uncertainty and stress.

Jessica Zhong, a fellow second year, was one of these people. Though known among players for somehow consistently being assigned “evil” roles, she’s well-loved. “The people that I’ve met through a year of playing Mafia have become a great friend group,” she said. “It’s been super cool to see them on campus and meet them in real life, having already become friends over late nights of plotting on Facebook Messenger.”

Players continued to stay in touch, but games were indefinitely suspended due to the sudden, all-consuming demand for classes of the autumn quarter of 2019. Some ended up being housemates (even roommates!), but others, like myself, drifted away.

Then, when we were all given the unceremonious boot from campus at the end of last winter quarter, Choi revealed he’d already been planning a spring break game. Perhaps UChicago Mafia would be a good way to alleviate quarantine boredom—plus, some new, more fitting roles could be added to the game. Thus began what would be dubbed “UChicago Mafia Season 2.”

Choi wasn’t the only player leading games—others frequently took up the mantle, like second-year Melia Allan, whose space-themed game hosted a record-breaking 30 participants, and second-years Hannah Brody and myself, who ran a pirate-themed game that shot even further to 45 members. Allan’s game was also the first game to not overwhelmingly contain second-years; rising first-years, upperclassmen and alumni also joined in on the fun. We played several more games throughout the summer, but as of recently have gone on another indefinite hiatus due to classes restarting.

The most powerful thing about UChicago Mafia has been its incredible ability to facilitate connection and community building, particularly in a time of constant uncertainty and stress. Third-year Tristan Bachmann summed it up well: “I’ve made friends with a lot of incredible people, a lot of whom I probably would not have met otherwise, across all years of the college.”

Several players also cited the game as a great way to maintain their mental health. “Playing [UChicago] Mafia made me feel sane during these months of isolation,” second-year and self-professed extrovert Alice Breternitz said. “I don’t think I would have gotten through the summer without these games, simply because I need people.”

“My mental health and anxiety became turbulent during the pandemic,” second-year Amani Mryan added. “Playing Mafia helped me [find] human connection. I had something fun to do [that] helped me calm down.”

Perhaps “join the Mafia” isn’t quite the piece of quarantine advice you’re looking for, but it may be what you need. If you’re interested, we’ve got a Facebook group where we’ll announce the next game. Come join us!