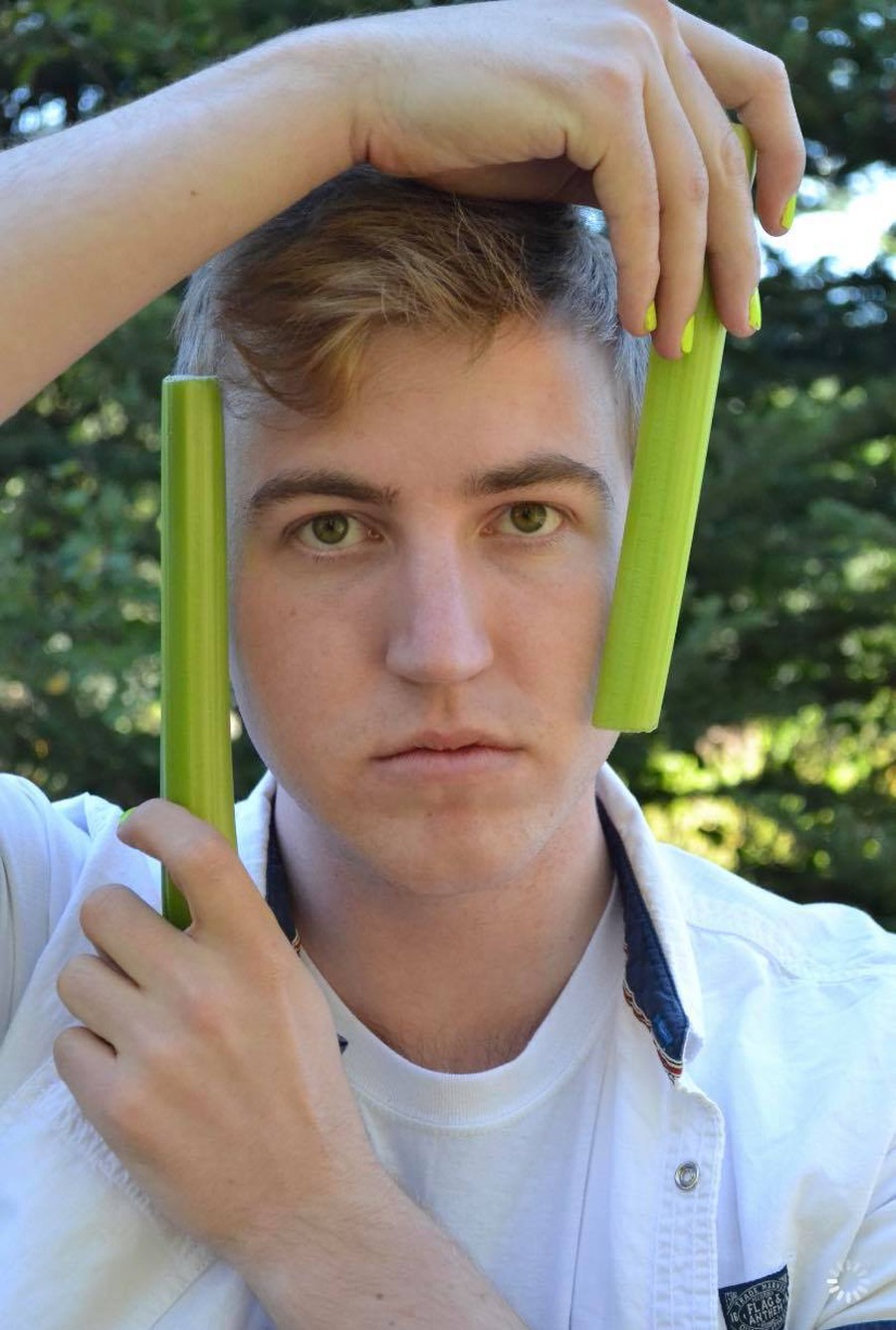 Don't stalk to me or my sons ever again!

Personally, I don’t find plain celery a particularly appetizing snack choice. Then again, I don’t have 200,000 followers on TikTok (disappointed crunch), so maybe I should rethink my vegetable hierarchy. Fourth-year Luke McKeever has recently made a name for himself on TikTok as @celery_boy, where he tells stories that would be funny on their own, but, with the help of his handy dandy fibrous sidekick, they become absolutely *chef’s kiss*.

At this point, Luke’s brand is fairly cemented, but it wasn’t always that way. In fact, the celery-stick-schtick (celery schtick?) was a happy accident: Luke had a story to tell and decided to record it mid-snack. He’s been eating the vegetable plain since he was a kid and once went on a liver cleanse that largely featured celery, so he didn’t think twice about his choice, but the Internet certainly did. Comment after comment rolled in. He kept making the occasional celery video, sprinkling them in throughout his other content. But then he noticed that the celery videos really seemed to be filling a niche, nearly always doing well. He hopped on live and jokingly suggested changing his handle to @celery_boy. The people approved, and the rest is history.

Since he’s a bit of a TikTok connoisseur, I had to ask Luke about his favorite TikToks. He enjoys one of his own TikToks where he taped a carrot to the front of the celery stick (so you know he’s down to switch up his veggie consumption) and another where he’s in the shower telling a story mid-nosebleed. His all-time favorite TikTok is one from the illustrious @tannertan36, in which Tanner talks about loving Lana Del Rey in middle school while everybody else preferred jamming to Pitbull’s “Timber.” As for his opinion on another popular video-sharing app (RIP), Luke says he’s never even watched a Vine compilation. I think he’s missing out. I love a good celery joke, but we all know the first healthy food to make it big was an avocado (“thanks…”).

Of course, TikTok isn’t Luke’s whole life—he’s a fourth-year studying computer science and creative writing. While he isn’t totally sure what he wants to be when he grows up (honestly, who does), he definitely does not want to move to LA and become an influencer—he thinks he’d probably get bored. Still, being a bit of a celebrity has its perks—namely, free stuff. His favorite freebie is vegan nail polish from Talon, a company that encourages customers to send back their empty bottles to be cleaned and recirculated. He’s involved in multiple RSOs across campus, and, if you’re an underclassman, it’s possible he led your tour. If you’re an upperclassman, you may have seen him in a University Theater production back in the 2017–18 season. He also once started a knitting club—while it tragically never received RSO status, it did boast over a hundred people on its listhost.

If you’re anything like me, one of the first things you notice when scrolling through Luke’s profile is his impeccable fashion taste. If you’re looking for some style inspo, he recommends a good thrifting trip. Though he spent a lot of time in Wicker Park’s Buffalo Exchange and Crossroads Trading Company in his first year, he’s now more likely to be spotted at Village Discount. If you’re looking for celery-buying advice here in Hyde Park, Luke’s a lot like the rest of us—he recommends Trader Joe’s, although specifically not the Trader Joe’s brand (something seems off about it). And his other Hyde Park opinions? His favorite coffee shop is Pret, where he recommends the Moroccan Lentil soup.

Having 200,000 followers might go to some people’s heads, but Luke says it hasn’t really affected his day-to-day life (though that may be because we’re in the middle of a pandemic). Sometimes, friends of friends will recognize him in pictures on Snapchat, and it’s always a little awkward when someone mentions it on Tinder. If he were to go into entertainment, he’d love to be a talk show host, and that makes a lot of sense—being both a tour guide and a TikTok star tends to make one a good conversationalist. However, the talk show probably wouldn’t be celery-themed. Maybe brussels sprouts? Asparagus? Whatever he decides, I’m sure it would be veggie good content.