Student environmentalists should speak to the University’s economic interests in order to advance their agenda. 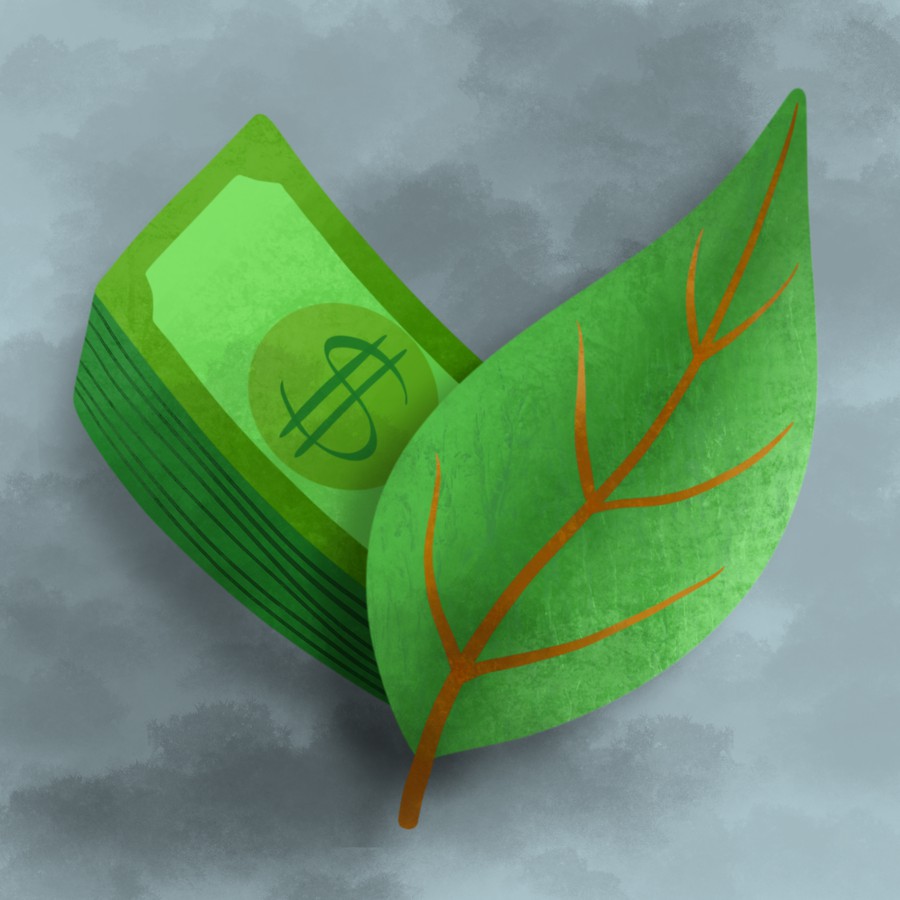 UChicago is going green. Unlike some of the University’s past actions, the recent series of changes is more than an Earth Day-inspired bout of Maroon greenwashing. In late April, the University announced more stringent emissions reductions targets, pushing the University to cut carbon (emissions per square foot of building) in half by 2030 as opposed to by a 20% reduction by 2025. We now have a Green Fund, 50,000 trustee-funded dollars invested in students’ sustainability projects. The Program on Global Environment is buzzing, promoting dozens of classes, events, and opportunities labeled with student-friendly buzzwords—sustainable, green, and climate change. The environmental fervor common among students has finally manifested in long-overdue campus reform.

But this new, green UChicago still has an oil-black underbelly. As Atman Mehta highlighted in his May article, UChicago trusts over $33 million to exchange-traded funds managed by the controversial BlackRock, which has come under fire for its multi-billion dollar investments in companies like Peabody Energy Corp., Vinci SA, Total SA, BNP Paribas SA, and Societe Generale SA. There emerge two universities: the university powered by activists and concerned faculty, and the university funded by BlackRock.

While both universities exist, they exist in contention. As environmental activism carves out space for itself on campus, it will become clear that fossil fuel divestment is the only rational end goal; green investment can only neutralize so many dirty dollars before the 1995 Chicago heat wave becomes a bimonthly event. In order for a genuinely sustainable UChicago to win out, we need to learn from failed divestment efforts by campus activists and instead frame advocacy in money, the University’s favorite kind of green. Students can accomplish this if and only if we establish two environmental movements: one that acknowledges the complexity of environmental politics and an apolitical, wallet-friendly model that might allow the two UChicagos to converge on a single, more sustainable university.

But how can we argue divestment to a university unreceptive to any politically normative actions? UChicago is cocooned in its own mythology. The Kalven Report, written in 1967 and trotted out every year since, is a no take-backsies, “get out of jail free” card that allows the University to invest in exploitative institutions (apartheid South Africa, Darfur) without room for the majority opinion to reverse its decisions. The report fears UChicago will become a sociopolitical arbiter rather than an educator: “it should not, therefore, permit itself to be diverted from its mission into playing the role of a second-rate political force or influence.” Barring “extraordinary measures,” the University “must act as an institution in its corporate capacity” when choosing to condone or to censure a political action with University money. Student climate activists have tried to catch loopholes in the Kalven Report. In 2013, the now-defunct UChicago Climate Action Network argued that the social impact of climate change was, in the language of the report, “so incompatible with paramount social values as to require careful assessment of the consequences.” Their divestment bids were still punctured by President Zimmer for being too political.

In order to make divestment feasible, we need to argue divestment without politics or morals. We need the University to see that fossil fuels are risky not just to biodiversity and human life but to any corporate entity. In conversations with the administration, we need to flatten the nuanced discussions around divestment to address only the economic dimension. We can present a sanitized, Kalven-friendly pitch but ensure our call for divestment stands. We don’t have to believe that climate change is apolitical or amoral, but we need to realize that arguing against the codified Kalven is fruitless and a waste of activist energy. Student activists can fight for climate justice within classes, academic departments, RSOs, community outreach groups, research labs, and the dozens of environmental and social justice coalitions in Chicago. We can organize to reduce methane-producing food waste and donate the excess to community food banks or volunteer with solar power initiatives in marginalized communities. But when we storm admin offices calling for divestment, we should carry only growth charts. It’s not compromise; it’s marketing.

I am probably the last person expected to champion economics over politics. If I tried to register for a Sanderson class, I’m sure my.UChicago would cackle and spit me into gender studies instead. But if there’s any time for climate activists to become economists and vice versa, it’s now. As the coronavirus raged this spring, the plummeting price of oil made global headlines, hinting at a grim future for an oil-based economy susceptible to any number of impending crises. Even the banks heralded as gods in Saieh Hall are consistently downgrading oil stocks’ ratings. This is our chance to challenge the primacy of fossil fuels, and it happens to coincide with the Green Fund’s application cycle. Take the school’s money and make divestment look good.

Let’s weaponize economics, not to bolster South American dictators for once, but to fight for our sustainable future and, maybe this time, win.

Julia Spande is a third-year in the College.