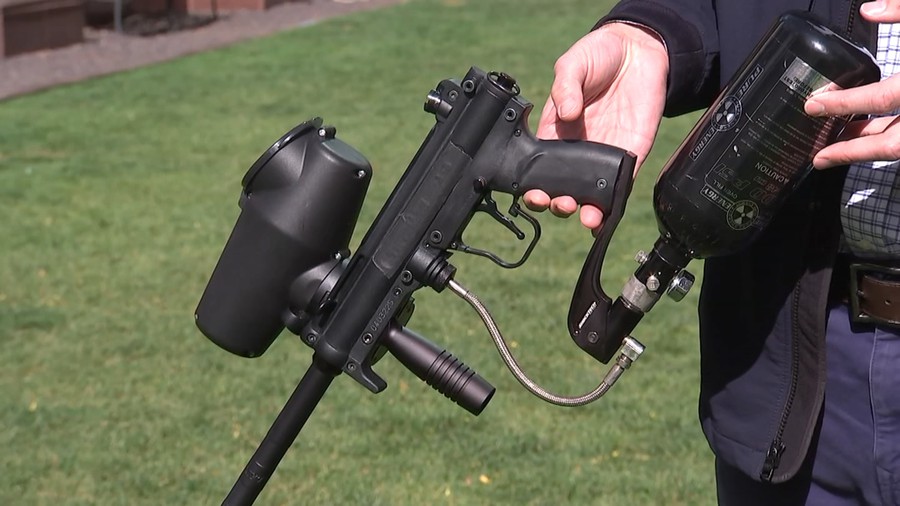 Hyde Park residents have reported a trend of incidents involving pedestrians and cyclists being shot with paintballs by unknown individuals in cars. On October 12, Eric M. Heath, Associate Vice President for Safety and Security, sent out a campus-wide email regarding eight reported incidents of individuals in vehicles shooting paintball guns at pedestrians.

University of Chicago students have been among those targeted. In an interview, fourth-year student Josephine Demos said she was struck by a paintball on the morning of October 10 while running on the Midway near the Logan Arts Center. “The car passed, and I heard a loud sound, and then my leg started hurting. [I] figured that the car had run over a bottle or a can and it had deflected and gone onto me, [but it] started really hurting, [I] looked down at my leg and it was all yellow. The experience was super rattling but I knew that I was totally fine. [It was] more like, why would you do that to someone?”

A second-year in the College who wished to stay anonymous recounted an incident that occurred in the evening. She had gotten off a bus at Halsted and Garfield around 9 p.m. and was shot by a paintball from someone driving in a vehicle several feet away.

“I was running and turned to the other side of the road to another bus stop where a lady was sitting [...] we spoke for two seconds and then the vehicle turned and shot at us again with [a] pink colored paintball [...] The lady was also shot and really emotional because it was shot to her face,” she said.

She has now sought counseling from the school regarding the incident.

A recent graduate from the Class of 2020 who also wished to remain anonymous was hit with a paintball on October 10 while walking west on E. 55th Street between Kenwood and Woodlawn. She said she was shot at from a moving vehicle.

Incidents seem not to be isolated in Hyde Park. First-year student Eli Harrell was riding his bike on S. Martin Luther King Drive while returning from University of Illinois at Chicago at 10 p.m. on October 8.

“It was very quiet, and I was just going down the street. A car pulls up next to me to go the same speed I’m going on my bike, the window rolls down but he pulls out something and I hear a loud pop and feel a little ‘tink’ on my jacket. Then the car speeds up and drove away,” Harrell said.

In a statement to The Maroon, University spokesperson Gerald McSwiggan said that, “Since September 17, [17] students have been involved in paintball incidents on and around campus,” and that “no students have reported serious injuries and none sought medical attention.”

Paintball incidents have since persisted in Hyde Park. The University of Chicago Police Department's Daily Incidents Report Archive recorded an incident involving a person who was “ struck with a paintball fired by an unknown person” on 5757 S. Woodlawn, near the Frederick C. Robie House, as recently as Monday, October 19th.