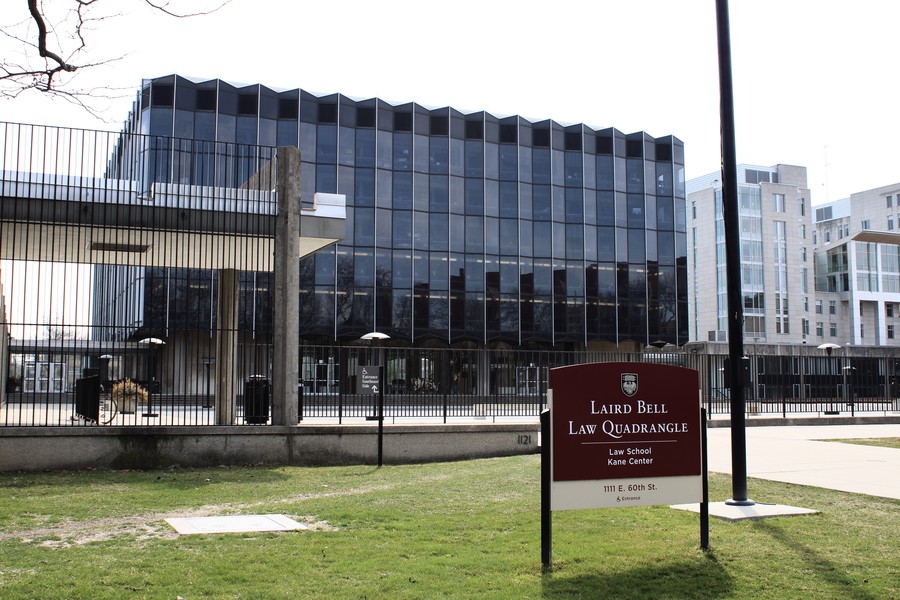 The Laird Bell Law Quadrangle at The University of Chicago Law School.

Long lines, confusion, and a history of minority disenfranchisement present real threats to the integrity of Chicago’s ballot booths in the upcoming presidential elections, according to Senior Counsel Ami Gandhi and Fellow Rebecca Carter of the Chicago Lawyers’ Committee for Civil Rights. The pair spoke about voting rights in the 2020 election at an event hosted by the University of Chicago Law School on October 14.

The Chicago Lawyers’ Committee for Civil Rights is a non-profit organization that addresses racial inequality in Chicago. Gandhi and Carter shared their expertise on a variety of issues related to voting: Chicago’s history of voter suppression, how the COVID-19 pandemic may disproportionately affect marginalized communities in this election, and how UChicago students might get involved in efforts to protect voting rights.

The talk began with a short history of minority disenfranchisement in Chicago covering voting restrictions such as literacy tests and poll taxes.

“People didn’t trust our elections. We were kind of the poster child [of voter suppression],” Gandhi said. She added that Illinois lawmakers are now attempting to establish more equitable practices to rectify the city’s elections’ reputation.

“We still see some of those problems, but it’s much less than in our history,” Gandhi said.

Gandhi and Carter both shared concerns about how the current pandemic may exacerbate existing inequalities in voting in the upcoming presidential election. The closure or last-minute changing of polling places is one of the most pressing concerns. According to Gandhi and Carter, this was already a significant problem in the Illinois primary and it disproportionately affected lower-income communities on the South Side. The lack of polling places in some communities can also lead to longer lines, which are often a deterrent to low-income voters, who cannot take time off of work to vote.

Carter names these long lines and the confusion about masks and social distancing as two factors which might discourage voters to cast a ballot on election day. “All of these things are also now going to combine in this moment where we are getting ready for an election—and that could serve as a barrier to folks,” Carter said.

Despite the risks associated with in-person voting, Gandhi emphasized that it is crucial for marginalized communities that the polls remain open. Voting by mail may seem like the ideal alternative in a time of concerns about in-person gatherings, but relying too heavily on it can further discourage marginalized groups from participating in the election.

“In-person voter access is still extremely important, though, especially in communities of color. We talk to many community members who simply cannot vote by mail because of how permanent of an address they have or how stable their housing situation is,” Gandhi said.

Gandhi and Carter also addressed the issue of voting in jail. While inmates in a prison cannot vote, those who are in pre-trial detention—people that have been accused of a crime but have not yet stood trial or been convicted—are eligible to. Despite this, lower-income community members who are awaiting trial are often unable to vote because they cannot post bail and therefore cannot cast a ballot in-person. As this issue gets more attention, however, organizations such as Chicago Votes are working to improve voting access for imprisoned individuals.

“There have been improvements to voter access in the jail in recent elections. Recently, there was actually an in-person polling place at Cook County Jail,” Gandhi said.

To conclude the presentation, Gandhi and Carter answered a question from the moderator about how students can become involved in the effort to maximize voter access and protect the election’s integrity. They suggested staying informed about the election and helping to inform others. Gandhi also recommended the Chicago Lawyers’ Committee’s hotline (866-OUR-VOTE) as a resource for those who have questions about voter registration, polling locations, or any other concerns related to the election.

Carter said that, in addition to sharing information about how to vote, one important way to contribute this year is to plan ahead. “My last suggestion, just for helping with voting rights at large, is to have a plan for how you plan to vote. Not just having an initial plan, but having a backup plan—being prepared to use your voice in this way.”