House leadership and upperclassmen expressed worries about how to continue preserving and building house culture, but students are still finding community, friends, and a home in their house. 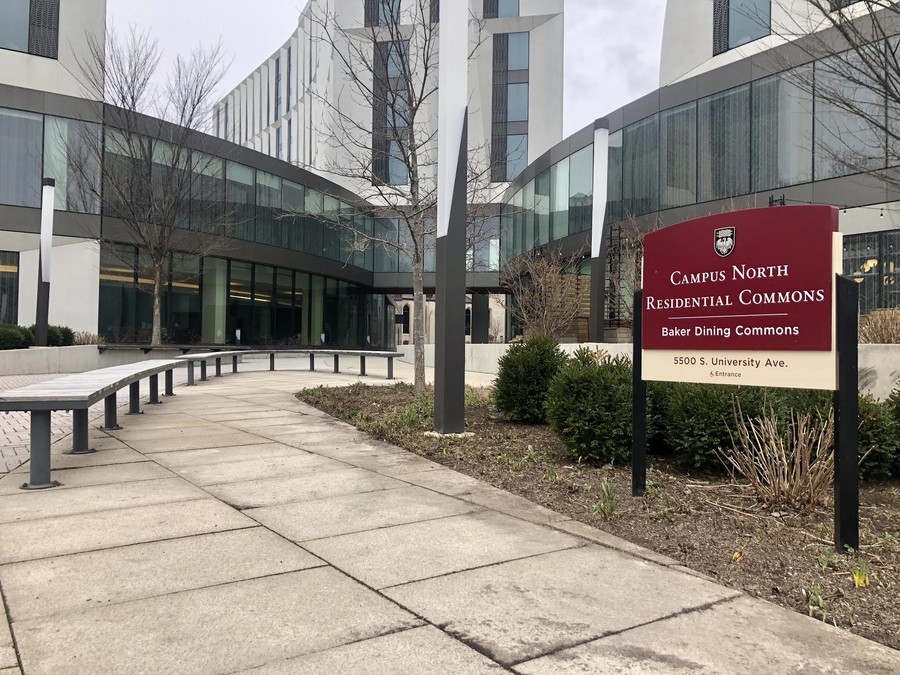 This fall quarter, houses are continuing to adapt to the traditional support and infrastructure they’ve offered to the virtual circumstances of this school year.

House leadership and upperclassmen expressed worries about preserving and building house culture, but students are still finding community, friends, and a home in their house.

“I definitely feel house culture is in danger compared to last year,” Alexis Valencia, president of Behar House, told The Maroon. “I feel bad that the first-years don’t have a common space to create new friends which really did help foster house culture.”

“I think the biggest things first-years are missing out on is the opportunity to do a lot of face-to-face activities with each other; I kind of took that for granted last year before COVID hit.”

Despite the difficulties, some first-years have had positive experiences with house culture. Will Cravitz, a first-year from Alper House, said, “My expectations were set pretty low, and this exceeded my expectations of what I thought would happen.”

Valencia also liked the virtual events more than she anticipated. “Despite all the hardships of maintaining house culture I really have enjoyed our house virtual events and it seems like the first-years are making the best out of the situation,” she said. I’ve even seen upperclassmen join our house meetings to alleviate that awkward Zoom silence. With everything going on in the world right now, I'd like to believe houses are trying their best to create a fun atmosphere for their residents.”

Valencia acknowledged that the first-year experience was not the same though. “One thing I would say first years are missing out are the house tables, where upper and underclassmen would have wild and weird conversations,” he said.

Second-year and president of Alper house, Kaitlyn Dodgen, shared how Alper has dealt with the challenges this quarter. “We’ve been trying to focus more on virtual events like game nights, things that people would still be interested in but obviously we have to keep it online.

We’re trying to just use the courtyard, but we have to keep to small groups which is hard. So, we’re trying to do general things that we would have done in-person but online.”

Among Us has been prevalent among us. Royal said, “We’ve done a couple of outdoor meals. A lot of Among Us games.” According to Cravitz, game nights in Alper also often feature stress, deceit, and murder. In other words, Among Us.

The R.D.s, R.H.s, and R.A.s  are putting forth a concerted effort to keep house culture alive.

Many of them are using food as a way to reach their houses or bring houses to the students. First-year Angie Zhu of Rogers House in North said “My R.H. always brings us food for study breaks on Wednesdays. They got us Insomnia Cookies once which was super nice.” According to Cravitz, “every Sunday when we have our meetings, R.H.s come by and drop off goodies. We got Ghirardelli brownies one time. Those were super good, and yesterday we had donuts and cider.”

The R.H.s in Woodlawn are in a unique position: their job includes creating house culture in a mega-dorm composed largely of first years. In Woodlawn’s Eka house, for example, Resident Heads Richard Tran and Denison Adad regularly keep their door open and offer snacks to anyone who stops by their apartment.

Despite the limits, Second-year Belane Ayelework thinks that house culture has been thriving in Woodlawn. “House culture is definitely more subdued since there are a lot of things that can’t be done this year. But it’s still definitely there,” they said. “I’m not sure about other houses but Yovovich is doing a really great job of encouraging house culture and only being able to really interact with each other for the most part helps with that, I think. I do like participating in virtual events my house does!”

Yovovich president Jim Royal said, “We’re trying to do a lot of different things right now. Something great the R.A.s did when people were first moving in here was dividing everyone up into different teams and doing an intra-house competition or cup with some different events. Just kinda get people to interact even if you don’t have those casual things you normally have when there’s no pandemic. We just try to keep things going how we can through virtual events like going outside to take advantage of the weather when it’s still nice.”

There’s no doubt that house culture and students have taken a hit from losing most in-person activities, however.

First-year Yoyo Ma in Yovovich House said, “I think virtual is a detriment mostly because I haven’t really had a chance to interact with them in-person yet. Like meeting people in breakout rooms is so difficult compared to in real life.”

Second-year Noel Garcia said: “I have not participated in many virtual events, and the main reason why is just because I am always on my computer. Classes, homework, even entertainment like Netflix are all on my computer. It gets tiring after a while.”

Garcia commended the resident life staff on their work. “I think that under circumstances, R.H.s and R.A.s are doing their best to try to achieve the level [of] camaraderie from last year,” he said. I personally don't think we will reach that level because there are a lot of rules and policies we have to follow, but I think we can definitely try.”

Nonetheless, there’s been plenty of creative solutions for engaging members in house activities. “I colored some fish to put up as decorations on our floor for a house cup. On our floor once you step out of the elevator, there’s like a curtain of empty water bottles that greets you,” Ma said.

Despite virtual events not quite fully inhabiting the space that traditional house activities have filled in the past, houses still play an important part in helping students find a community on campus. Cravitz notes, “I definitely feel like my house is where I’ve met most of my friends.”