A witness described a manhunt involving at least 20 officers and 12 police cars. 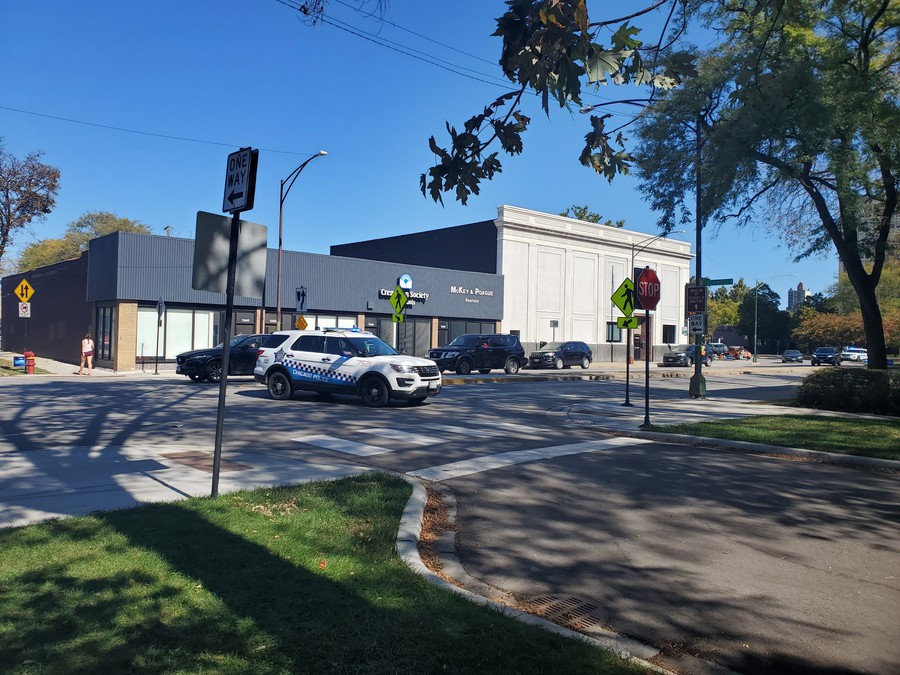 On Thursday morning, Chicago police scanners via Twitter reported a police pursuit of a red Porsche on I-290 eastbound at speeds of over 90 miles per hour following an armed robbery at a Wood Dale T-Mobile.

The pursuit originated with the Bloomingdale Police Department and continued into the city of Chicago, culminating in Hyde Park, where the vehicle crashed at 56th and Blackstone around 11:20 am.

Jason Bridges, a professor who lives near 55th and Blackstone, heard the crash happen while preparing for class. “The police rang the bell and we let them through our apartment, and they ran through into the back. We learned later it was a manhunt for people who'd been involved in a robbery.”

Bridges estimated that there were at least 20 police officers and 12 cars present. “There were a very large number of police: state police, city police, and University Police. State police [were there] because it was a non-Chicago Crime.”

About 40 minutes later, Bridges heard a second disturbance. “The [original] incident began just when the class started so it was a little bit delayed. And then about halfway in there were more sounds of a struggle outdoors. Just outside my window right where I was teaching, the police had discovered some evidence the individuals involved had just been running through.”

The chase continued on foot while some sort of evidence and at least one firearm were seized from the vehicle. By 12:03, three out of the four suspects had been detained with one suspect still at large, potentially armed, according to the original Twitter thread.

“Post-shooting procedures” were requested at approximately 12:22 pm, as well as two pairs of handcuffs to take “to the university.” It is unclear who discharged fire. The suspect was reportedly taken to the University of Chicago hospital, and an ambulance was spotted heading down 55th at 12:37 pm.

The CTA announced delays due to a reroute of the northbound 171 and eastbound 55 buses due to police activity and Maroon reporters confirmed that CPD blocked 55th at Dorchester for approximately 15 minutes at around 12:30.