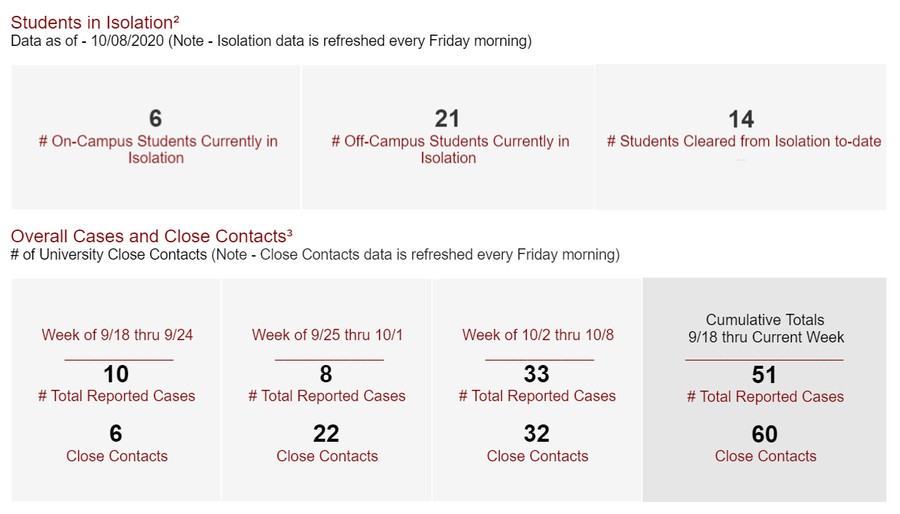 The University of Chicago reported 14 positive COVID-19 tests out of 5,011 tests performed in the week of October 2 to October 9, according to UChicago Forward, the school’s COVID-19 reporting dashboard. The school’s testing positivity rate in that period was 0.28 percent.

The voluntary testing program will reopen for registration between Monday and Thursday next week.

The University says that it will refresh its COVID-19 dashboard every business day, with new data added every two business days.