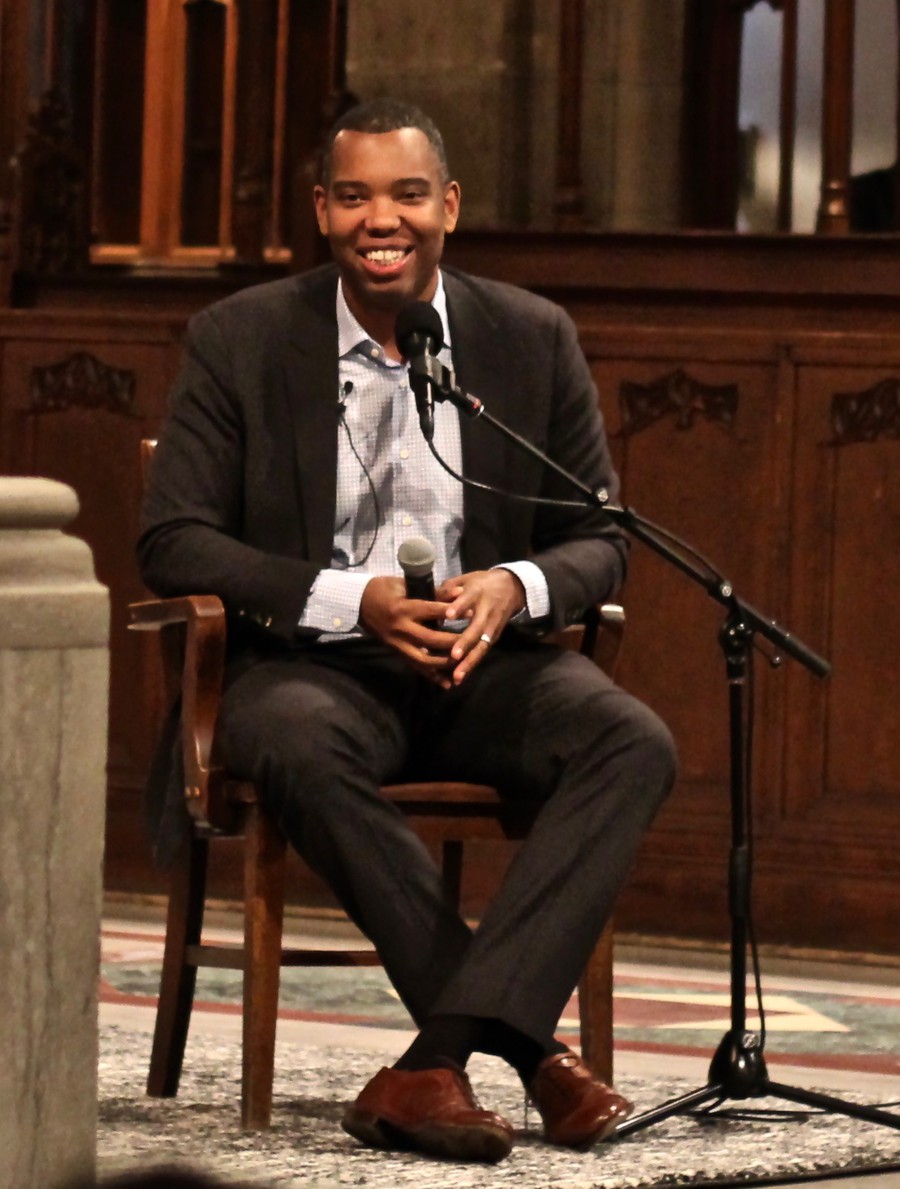 Coates is currently a distinguished writer in residence at the NYU Arthur L. Carter Journalism Institute. He is the author of the books The Beautiful Struggle: A Father, Two Sons and an Unlikely Road to Manhood, We Were Eight Years in Power, and Between the World and Me, which won the 2015 National Book Award for Nonfiction. His writings on racial justice, like his 2014 essay The Case for Reparations made him a household name throughout the United States. The Water Dancer, released in September 2019, is his first novel.

Racialized gender issues in America have affected Coates deeply and comprise the subject of much of his writing. Coates touched on these subjects during his lecture.

“America projects certain ideas of what a man should be, and what the proper relationship should be between men and women. Part of racism has been to have that definition and cut black men out of it,” he said. For a long time, Coates struggled to fit into this definition, leading him to question “whether the system is even worth existing.”

“It took a while to get from the space of ‘I should be in that chair’ to ‘why should we have chairs?’” he said.

Despite his own experience with these issues, he found it difficult to write from the perspective of a woman of color. He described the editing process for one of the characters in The Water Dancer, a black woman named Sophia. “I had two non-males of color [go] through this book, and [they] went through with very specific notes,” he said. “Left to my own devices, I couldn’t do it.”

Coates also discussed how President Trump lowered the bar for other candidates in the 2020 presidential election. “Biden is a competent white man. It would be good to have somebody competent,” he said. “It's weird to have the bar set that low. But his election, for a lot of black folks, was an act of harm prevention,” he added. “[Politically,] I’m on the defensive.”

“We don’t even get to the more visionary, expansive ideas, what I would call freedom,” he said. “This [election] has been so bad, it shrinks your political imagination.”

On the COVID–19 crisis, Coates painted a bleak picture. He described interviewing a woman in Elmhurst, a Queens neighborhood hard hit by the virus. “She said ‘my best friend just dropped dead. We don’t even know what happened,’” he said. “When I look at these COVID numbers, I kind of just want that to stop.”

“It's tough because, as writers, it's important to stay in that imaginative space, that space of freedom. But I don’t know that I’m there right now,” he said. “Right now, I’m thinking about survival.”

Coates has been a vocal proponent of reparations for African American slavery, testifying before Congress in 2019 to support a federal commission to study reparations. To Coates, universities have an important role in these reparations. “Universities first and foremost need to be accountable to the communities that are around them,” he said.

“You have a university like the University of Chicago which is sitting right in the middle of an African American neighborhood, and has a particular history with that community,” he said. “That should convey the responsibility to not make things worse, to not participate in harmful practices that, for instance, the Chicago Police Department is participating in.”

“They need to make sure that the massive amount of wealth and riches [in the University] are available to the community around the university, and I’m talking about something more than scholarships,” he said.

“Why are communities in these neighborhoods not entitled to seats on the board of trustees, for example? Why is there not more of a cooperative ownership relationship?” he said. “I would imagine a more open relationship.”

Coates ended the discussion on a hopeful note. “I think young people on campuses across this country have a real opportunity. They don’t have to wait for Congress. They don’t have to deal with whether there’s a conservative majority on the Supreme Court, or if Joe Biden is going to do the right thing or not,” he said. “They are pressure points of power right now.”

“It always makes me feel good to see young people on the streets. I feel great about that. It makes me think, ‘This is why I do it, now I’m gonna go do my part,’” he said. “It is an era of hope for me.”