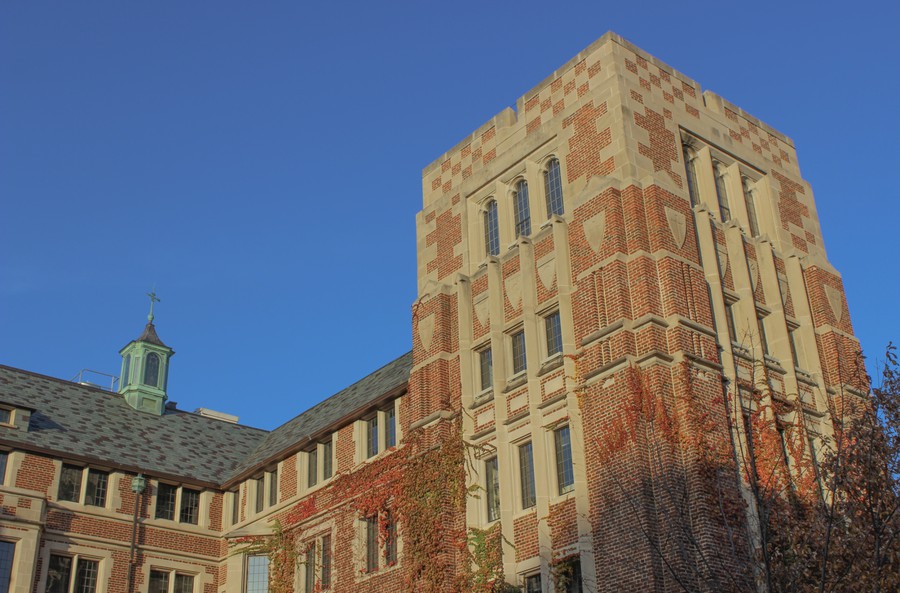 CC passed the resolution, which asks the University to institute an opt-in pass/fail grading policy for fall 2020 and winter 2021 on November 10. It was brought up in their meeting with the administration on November 18. Under CC’s resolution, students would have the option to take a class on a pass/fail basis while still having it counted towards their core, major, or minor requirements, just as they were able to in spring 2020.

In the meeting with Dean Ellison, Dean Boyer, and the Collegiate Masters, however, the University administration decided against mandating opt-in pass/fail for the entire College. Grading policy, by contrast, would be subject to the decision of individual departments. Ellison said that the change of grading policy in spring 2020 was due to the sudden shift in instruction format as opposed to the COVID-19 pandemic, a CC memorandum writes. Last spring, the College expanded its pass/fail policy to cover Core and major/minor requirements, in response to the diverse learning situations as the College transitioned to an all-remote instruction.

Despite the decision, Student Government (SG) representatives said there were disagreements between top-level administrators regarding the pandemic’s effect on students. “There are collegiate masters who believe that first-years especially struggle because they didn’t have experience in the spring and learning [in] an online format in college, like many second-, third-, and fourth-years have,” said CC Representative Allen Abbott.

According to a CC survey of more than 500 students out of around 6,000 undergraduates, more than 90 percent of the respondents supported pass/fail grading of either the Core classes or major and minor requirements. Meanwhile, more than 80 percent rated their mental health status during autumn 2020 at a score of five or lower, on a scale of one to 10. The survey was distributed through SG social media pages and class Facebook pages during November 14–17. Abbott told The Maroon that the largest survey response group was from the Class of 2024, who had no experience with learning in a normal instruction setting.

“But the low levels of mental health are persistent across all four classes,” Abbott said. “It is very clear that students are struggling this quarter, in an unprecedented manner, and due to no fault of their own.”

According to the memorandum, “Dean Ellison affirmed that the University does not formulate academic policy based on student surveys, but rather by faculty and departmental leadership.”

“It’s so shocking. Students should definitely have a voice about how their education is shaped and how the University governs their academic experience,” Abbott said.

So far, the Fundamentals Program, Philosophy, Global Studies, and Anthropology Departments all decided to implement blanket pass/fail for major and minor classes, and the History Department will allow students to take one required class pass/fail.

The Economics Department will consider student petitions for pass/fail grading based on individual conditions. In an email to CC, Co-Director of Undergraduate Studies Kotaro Yoshida wrote, “our undergraduate office [will use] the petition process to review their circumstances and provide relief when necessary. […] We have provided various forms of accommodations, on a case-by-case basis, so that students can complete the requirements of the major in a timely manner. In particular, […] lower-income students and seniors, are likely to rely on this process disproportionately.” Students who wish to petition should reach out to their academic advisers, and the Department’s administrator will make the decision based on information provided by the advisers.

Other universities, such as Harvard and Yale, have returned to a normal grading policy after they implemented temporary pass/fail policies last spring. However, at Duke, faculty bodies recently allowed departments to require certain introductory courses to be graded on a  satisfactory/unsatisfactory basis. At Northwestern, the administration announced their plan to implement a Credit (CR)/No Credit (NC) grading option that gives students the chance to change up to one-third of their grades to CR or NC grades until summer 2021.